A letter to the chancellor signed by students calls for widespread adoption of the statement on campus. 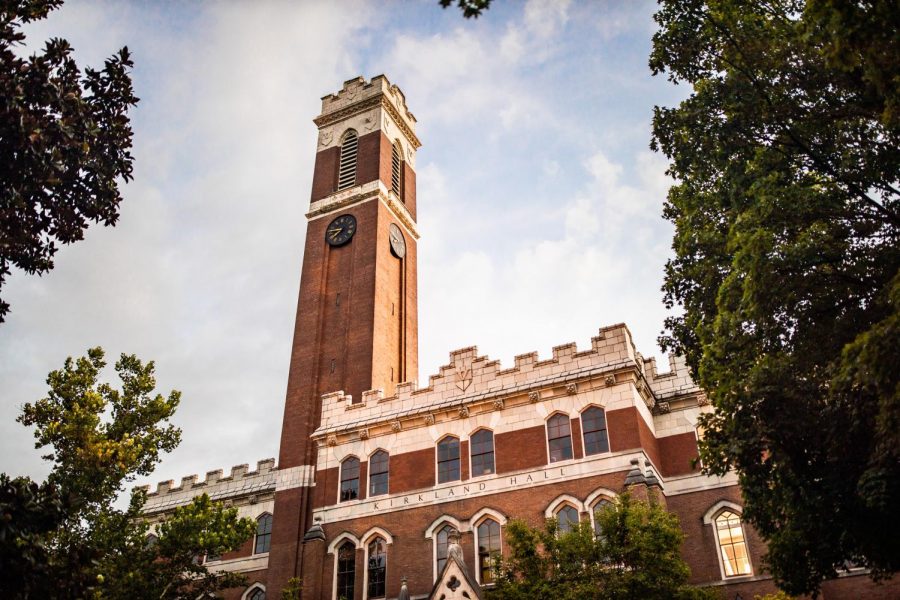 Vanderbilt’s Indigenous Scholars Organization (ISO) proposed a land acknowledgment statement that has garnered support from 327 undergraduate, graduate and Ph.D. students via an online form. The form includes a letter addressed to Chancellor Daniel Diermeier calling for passage of the land acknowledgment in the Faculty Senate and the adoption of widespread use of the statement.

The land acknowledgment, which recognizes the tribal lands now occupied by Vanderbilt, was passed by Vanderbilt Student Government (VSG) in Fall 2019. Resolution 19-20-16, also passed in Fall 2019, added additional tribal nations to the statement.

The acknowledgment and Faculty Senate support

The land acknowledgment was written by Tamee Livermont (‘20), and McKalee Steen (‘20), who were presidents of Native Americans in Tennessee Interacting at Vanderbilt (NATIVe), which preceded the ISO, and are members of the Oglala Lakota and Cherokee Nations, respectively. In addition to recognizing the tribal nations who once occupied Vanderbilt’s land, the land acknowledgment also states the university’s support for Indigenous people and communities and affirms the sovereignty of Indigenous people.

The statement reads as follows:

“We look at the land acknowledgment bill as a very basic first step for what Vanderbilt can do to support Indigenous students,” ISO president Gabrielle Kamalei Guarna said.

Since January 2021, McTamaney said that the DEI Committee has worked with the Faculty Senate, the General Counsel’s Office and Dr. André Churchwell, Chief Diversity Officer and Vice Chancellor for Equity, Diversity and Inclusion, to draft a resolution in response to the calls for a land acknowledgment at Vanderbilt.

In a statement sent to The Hustler, Churchwell commented on the role of VSG and the Faculty Senate in inclusivity efforts.

“As we continue to seek ways to make Vanderbilt a more diverse, equitable and inclusive community, it is always helpful to have the perspectives of VSG and the Faculty Senate as representatives of the student body and the faculty, respectively.”

During a Faculty Senate meeting on April 8, McTamaney said that the DEI committee proposed a resolution regarding Vanderbilt’s land history.

“The Faculty Senate adopted a very thoughtful resolution that encourages the university to engage in a candid and extended history of the land and what has happened here as a community, both after the university’s founding and before,” McTamaney said.

“The purpose of passing this bill is having this powerful statement that the Faculty Senate supports the land acknowledgment statement,” Stringer said. “The Faculty Senate is this body with authority, more authority than we have as students.”

According to McTamaney, the minutes of the April 8 meeting will be distributed to Faculty Senators for review. If they are adopted at the Faculty Senate’s May 6 meeting, McTamaney said the resolutions passed on April 8 will be sent to Chancellor Diermeier for his consideration. After the May 6 meeting, the resolutions will be made available in the public records if the minutes are approved.

“I think the Faculty Senate is taking some thoughtful steps forward to try within the realm of Senate work to support the climate that we all hope to build here,” McTamaney said.

McTamaney said the Faculty Senate is working to promote student concerns within their model of shared governance and consultative role to Chancellor Diermeier.

“The process may be a little slower than people want it to be, but it is really being very thoughtfully addressed,” McTamaney said. “I’m proud of what the Senate did on April 8.”

Adding to the university’s widespread adoption of the land acknowledgment statement, Stringer and Guarna said they would like to see a plaque displayed somewhere on campus with the statement engraved. They also would like the statement to be read before commencement each spring.

“The whole purpose of a land acknowledgment statement is to undo Indigenous erasure,” Stringer said.

She added that Indigenous community members make up just 0.4 percent of the undergraduate student body and only 0.3 percent of faculty.

ISO’s other initiatives include bringing an Indigenous Studies program to the College of Arts & Science, as well as recruiting more Indigenous faculty.

McTamaney said that any initiative for an Indigenous Studies program would pass through the Faculty Senate for input.

“I think you would find collegial support from faculty members who know that this is an interesting area of thought and an important part of our history, sociological studies and understanding of culture,” McTamaney said.

With regard to bringing more Indigenous faculty to campus, McTamaney said that the current Destination Vanderbilt campaign, which has allotted $100 million for recruiting faculty, may be one avenue to do so.

“My hope is that the more thoughtfully those hires happen to create a diverse faculty, the more complicated and thoughtful the conversation that we create here can be” McTamaney said.

During the American Revolution, the land where Vanderbilt’s campus now lies was owned by gunsmith John Cockrill. In 1780, Cockrill arrived with his family at Fort Nashborough, and his brother-in-law, James Robertson, founded Nashville shortly thereafter. Cockrill lived on the land with his family until 1814.

At the turn of the 19th century, the 640 acres Cockrill had claimed were sold off in parts to other wealthy landowners. John Boyd acquired the land surrounding Kirkland Hall in parts, first in 1798 and then in 1807. John Childress bought the land where Library Lawn and the Stevenson Complex are now located in 1803 and Joseph T. Elliston bought the land where Sarratt Student Center and Alumni Lawn now are in 1821.

In the 1850s, Methodists in Nashville envisioned higher education in the city, but the Civil War delayed the establishment of a university until the 1870s. Under the direction of Methodist Bishop Holland N. McTyeire, the Methodist Episcopal Church, South, granted a charter for Central University in 1872.

In 1873, Central University became known as Vanderbilt University when Cornelius Vanderbilt provided a grant to establish the school on 75 acres of McTyeire’s land. Fifty-three additional acres were added to Vanderbilt’s campus in 1979 when Peabody College merged with Vanderbilt.

Today, Vanderbilt owns a variety of off-campus properties in Nashville and beyond. In 2020, The Hustler reported on eight properties and funds that the university has invested in as part of its strategy to maintain and grow its nearly $7 billion endowment.

Stringer and Guarna said they plan to meet regularly with McTamaney and members of the DEI committee and to push for widespread adoption of the land acknowledgment statement, as well as a plaque with the statement engraved on campus.

“It’s time. It’s been over a year, and it’s time to pass this statement,” Stringer said.