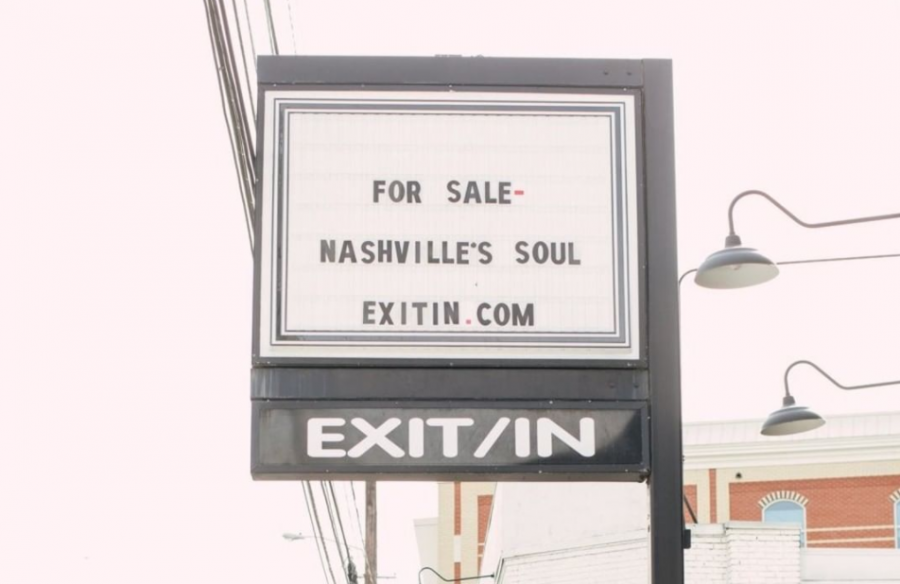 Exit/In, a staple music venue on Nashville’s famous “Rock Block” (a.k.a. Elliston Place), proved to be in jeopardy after an April 2 announcement that management had been put under contract to AJ Capital Partners, a luxury hotel developer. After demonstrated community support over the course of the week, an April 9 Instagram post revealed that the property would remain preserved.

Fearing that management would attempt to convert the venue to a hotel, owners of Exit/In Telisha and Chris Cobb hoped to buy out the contract from the capital group and raised money to do so via a GoFundMe, which surpassed its goal of $200,000. AJ Capital Partners released a statement announcing that they intend to refund these donors in light of their cooperation, however the Cobbs attest that ownership of the small, independent venue must remain in their own hands and maintain their offer to purchase the property.

Exit/In has been an iconic piece of Nashville’s rich music history since its founding back in 1971. In the decades since, the venue has featured thousands of artists, ranging from local musicians to those who have since garnered worldwide fame: Billy Joel, Johnny Cash and the Red Hot Chili Peppers.

A Wednesday press conference allowed Nashville Metro councilmen to speak up for the soul-filled music venue. Per the Nashville Scene, Council Member Brett Withers of District 6 in East Nashville reminded the conference that, should AJ Capital Partners attempt to alter the property with new structures, the Metro Council would be the authority of consequent rezoning requests. While the councilmen acknowledged that some policy may be out of their control, they voiced enthusiastic support for what Exit/In has contributed to the city culture and promised to speak up in their favor down the line.

“You have a really good business; you’ve got a great culture. You’ve got something that cities all over the world would kill to have. Why would you remove it for something that can be replicated anywhere else?” Withers said.

This news all comes as Exit/In celebrates its 50-year anniversary as the first-ever venue on the Rock Block. Local musicians have rallied around the cause to save the Exit/In, with many more popular musical groups attributing their success to their humble beginnings in Nashville.

While the city has changed a lot in the past 50 years, Exit/In has been a constant piece of the city’s culture, and its proximity to Vanderbilt’s campus means it will be sorely missed if its identity as a family-owned, locally-grown music venue is compromised.

Junior Grant Bowlds, president of the Lights on the Lawn concert series and a fan of live music including performances at Exit/In, noted the change of the venue as indicative of an overall trend in Nashville.

“I think it shows how much Nashville has changed as it has grown over the past few years. Definitely sad that we might be losing one of the most unique venues [in the city],” Bowlds said.