Vanderbilt law professor researches the intersection of science and law 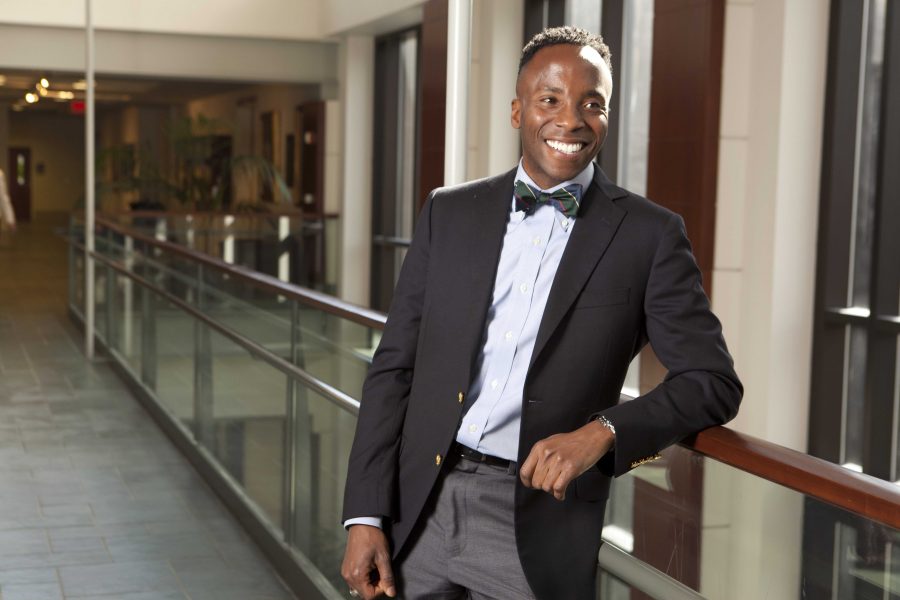 Sean B. Seymore’s parents bought him a chemistry set for his ninth birthday. When he thought that he had invented a new chemical compound, Seymore wrote a letter to President Carter asking for a patent for his invention.

Now, Seymore is a law professor at the Vanderbilt University Law School and focuses his research on patent law. He is also a 2015 Chancellor Faculty Fellow.

The curiosity and passion for learning evident in Seymore’s career started at a young age. In elementary school, he was studious and liked every subject in school.

“My friends and cousins would call me a bookworm,” Seymore said.

By the time Seymore got to high school, his favorite subjects were math and science. He particularly enjoyed his high school chemistry course.

When Seymore began looking at colleges during his senior year of high school, he was initially interested in Rensselaer Polytechnic Institute, the University of Virginia and Virginia Tech. However, an invitation to the Tennessee Scholars honors program at the University of Tennessee, Knoxville convinced Seymore to complete his bachelor’s degree there.

Seymore initially planned on majoring in engineering, but switched his major to chemistry after taking a general chemistry course during his freshman year. He received his masters in chemistry at the Georgia Institute of Technology, where he had the opportunity to work with patents, before completing his PhD in chemistry at the University of Notre Dame with the goal of becoming a chemistry professor.

Seymore fulfilled this goal for several years of becoming a chemistry professor, teaching at Rose-Hulman Institute of Technology in Indiana and Rowan University. However, his childhood fascination with patents persisted, and he considered a career change.

“I talked to a few patent lawyers about making the career switch, and they told me to go for it, so I did,” Seymore said.

Seymore returned to the University of Notre Dame to get his law degree. Next, he started his teaching career in law as an assistant professor at Northwestern University and later became a full-time professor of law at Washington and Lee University.

While he was at Washington and Lee, Seymore was recruited by several law schools, including Vanderbilt. Seymore was acquainted with Vanderbilt because his best friend completed his MBA at Vanderbilt’s Owen Graduate School of Management. When Seymore visited Vanderbilt to interview, he knew that it would be a good fit.

“It was love at first sight,” Seymore said.

Seymore currently teaches the Torts, Patent Law and Remedies courses at the Vanderbilt law school. His current research looks at how the law should progress to keep up with advances in science and technology. Specifically, he is looking at how much an inventor should have to disclose to obtain a patent.

Seymore encourages students who are interested in law school to do their research. They should talk to practicing lawyers and current law students, and visit school that they intend to apply to, he said.

He acknowledges that there are often two types of pre-law students: those who have a narrow focus in mind, as he did with his interest in patent law, and those who are unsure of what area of law they want to study and practice.

“I think both paths are totally fine,” Seymore said. “You don’t have to have all the answers on the first day.”

As a professor, Seymore loves the law school and Vanderbilt university as a whole. He enjoys the people around him at the law school, including his colleagues, the Dean and the students. Seymore also appreciates the university’s faculty, leadership and location.

The same passion for learning that drove to Seymore to attempt to file a patent as a nine-year-old is still with him today. He is a member of the 4:30 a.m. Coffee Group at the Green Hills Starbucks Coffee. This group of varied individuals meet early on specific mornings to enjoy coffee and discuss current topics.

Sean B. Seymore’s curiosity and love for math and science have allowed him to contribute significantly to the field of patent law, but it all started with a chemistry set and a letter to President Carter.