ZHAO: The SAT should never—ever— be optional

Despite vehement push against it, standardized test scores should still remain an essential aspect of the college admissions process. 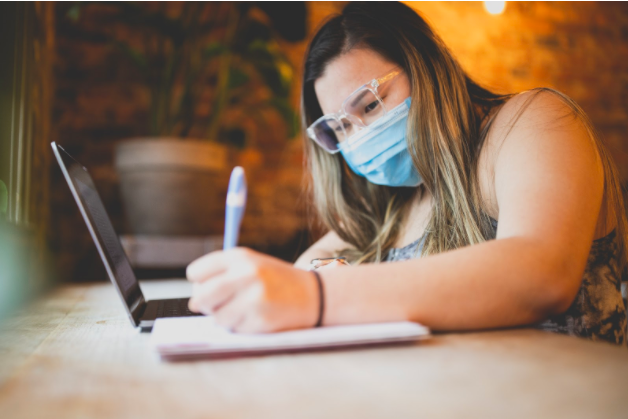 We all know that the College Board has been the scapegoat for the anger and disgruntlement of high schoolers worldwide this past year—and on many occasions, this frustration is justified. Believe me, I still harbor bitter resentment towards the College Board’s brilliant idea of evaluating a high schooler’s understanding of the intricacies of European hegemony and monarchical dynamics using a single AP written-response question. Darling, you need to evaluate yourself, not me.

But I digress. For almost three-quarters of a century, the SAT has been a rite of passage for many students keen on pursuing higher education. As the initial gateway to universities across the nation, examinations are perceived by higher institutions as the first determinant of college readiness and preparedness in students due to its standardization and popularity. However, recent events have disrupted this convention; the upheavals of the COVID-19 pandemic heralded a renewed stream of colleges who disavowed the testing requirement, instead opting for a test-optional policy. I applaud universities for taking such a step. This recourse is reasonable because it possesses the proper foresight of ensuring that students who do not have the capacity to travel to test sites are at an even playing field.

However, test-optional admissions should not be the norm. While many future generations of potential college-bound students may rejoice in rapturous gratitude, I worry that it will set a dangerous precedent. If the policy is here to stay, it will profoundly do both the student and the institution a disfavor. We can make our grievances against tests known, but it does not change the intrinsic fact that a holistic review of students’ credentials must include their test scores.

For one, there is an intentional reason behind synonymizing examinations with “standardized tests”: they are meant to act as a bridge to account for the innumerable number of education systems in the United States. A grade of A+ at a nationally-accoladed magnet school is fundamentally different from an A+ at a traditional public high school. A 3.5 GPA at a private science and technology academy will be measured differently than a 4.0 GPA at a vocational school. The establishment of a standardized test is a method that attempts to reconcile these vast differences. A lack of standardization will ultimately hold universities at a stranglehold because a lack of test scores lacks dependable, objective, and validating metrics. However much derision the SAT may receive, it does not taint the fact that your test score remains as one of the only object pieces of information in your college application.

And yes, despite mainstream commentary on the inaccuracy of the SAT to predict college performance, test scores still have their own merits. While GPA may be a more consistent indicator of college success, school grades are sometimes artificially inflated—oftentimes in predominantly-affluent communities (and ironically, proponents for ridding test scores should also be advocating for the eradication of the GPA). Standardized tests serve as a corroborator for the accuracy and legitimacy of the grades. In a world where people can blatantly spew falsehoods on college applications, test scores offer a slight assurance. For instance, if GPA and test scores differ dramatically, then it raises some red flags.

But perhaps one reason why traction for test-optional policies is gaining momentum is that the term “test-optional” is somewhat misleading; in fact, there are unstated disadvantages to abstaining from submitting a test score in the first place. According to College Vine, “students who applied to a test-optional school who submitted scores above the 25th percentile were accepted at roughly two times the rate of students who applied without submitting scores.” This leads us to the conversation on the pervasive misconception that has arisen: that test-optional schools provide an easier admission path. This is far from the truth. Take the University of Chicago, for instance. Despite implementing the test-optional policy back in 2018, the admission rate dropped from 7.2 percent to 5.9 percent. The average SAT score also increased by 15 points. This shows that eliminating the test score requirement has little to no impact in opening universities to a wider, diverse class of students—especially since students from wealthier backgrounds are statistically more inclined to submit test scores in test-optional settings.

This leads me to address the elephant in the room. It is true that students from wealthier backgrounds disproportionately score higher than financially-disadvantaged students—and as a first-generation low-income student (or FGLI), I can confidently attest to this phenomenon. There are several reasons as to why this is the case: wealthy students can afford the academic resources to do well and can afford to take the test multiple times. While the arguments made to critique standardized exams for the economic disparities are valid, the caveat is that revoking the test requirement is not the “end-all-be-all” solution. Diluting the SAT only serves to diminish the relatively few objective admissions criteria in an applicant’s portfolio. A test-optional policy is merely a stopgap to put aside the problem for later. Plus, it also disenfranchises low-income students who are satisfied that their scores are a testament to their hard work and motivation. It is perpetuating the implicit notion that these students cannot do well compared to their counterparts when standardized tests can point out talented FGLI students.

As FGLI student leaders continue to innovate and create, universities must continue to pave a landscape that fosters diversity. On the surface, it does seem as if the statistics behind test scores are proof that schools should go test-optional to cater to diversity. However, think about it this way. Since wealthy students statistically do well, it would logically make sense that wealthy students will be submitting test scores to test-optional schools on a higher scale than their [less wealthy?] counterparts—and educators are indeed concerned with this phenomena. Because an extra piece of objective information to bolster your credentials is always better than none, wealthy students still get more of an advantage. Therefore, a test-optional policy is technically counterintuitive to fostering diversity, right?
Thus, the solution is not to get rid of the exam. Rather, reforming the exam is the answer.
University of Michigan professor of public policy Susan Dynarski presents a solution to the economic gap in test-takers: SAT For All. She believes that a universal requirement for school boards to prescribe the SAT for free during the school day will eliminate many of the hassles that come with taking the exam at a designating testing site (I suspect the legislation may be introduced as an additional clause to the No Child Left Behind Act). To take it a step further, eliminating the cost of testing altogether for financially disadvantaged students will eliminate some of the most insurmountable obstacles that hinder students from taking the exam more than once or twice.

And yes, reforming the standardized test system means fortifying it against lucrative cheating and bribing, as with the case of the notorious actress Lori Loughlin. Actor Felicity Huffman was also reported to have bribed a proctor $15,000 to correct her daughter’s SAT exam. Although there is no clear-cut solution to prevent such kinds of fraud in the future, the first step is for the College Board to implement stricter guidelines on how special accommodations should be made as well as establishing stricter parameters around identity verification. Another way to prevent future scandals is to place more stringent sets of guidelines when it comes to selecting proctors (schools are given the privilege to select them). Although the scandal greatly fractured the reputation of the company, it is also important to remember that if the SAT is purely a litmus test for wealth and not intelligence and academic prowess, then Lori Loughlin would not have gone to the extent she had to get her daughters into USC.

By no means is a score the complete representation of a student’s aptitude. That is far from the case.

Tests should never be the totem pole around which the admissions process revolves. A mere number can never entirely and authentically encapsulate the dossier of success of a student. However, abolishing testing requirements translates to a loss of a critical and objective component to assess how well the student will integrate into the institution’s academic atmosphere.