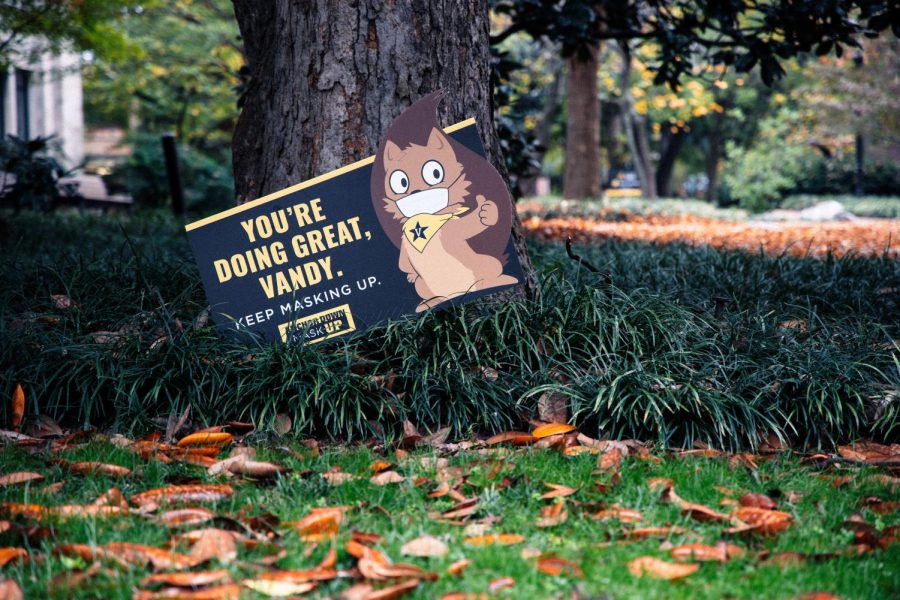 In light of spring semester changes to the university’s Return to Campus policies, The Hustler sat down with Pam Jones, Senior Associate Dean for Clinical & Community Partnerships in the School of Nursing, and Eric Kopstain, Vice Chancellor for Administration, to discuss the strategy behind the university’s latest COVID-19 response programs.

The first change that Jones and Kopstain noted during the interview  was the university’s shift in testing protocol from the fall to spring semester. After interviewing several COVID-19 testing providers, Vanderbilt opted to switch its testing agency from Vault Health, which the university used in the fall, to Shield T3.

Shield T3’s testing technology allows for an approximately 24-hour turnaround time between testing and result, per Kopstain. In comparison, Vault’s turnaround time ranged from 48-72 hours, per the Vault website.

A lower turnaround time allows the university to detect COVID-19 positive cases faster and isolate these individuals, plus close contacts from the general public, per Kopstain.

“It’s really a public health issue to try to get the test turnaround time to be faster, so we can move into action more quickly,” Kopstain said.

“Some of our peer institutions who had in-house testing capabilities were quite successful in maintaining low positivity rates,” Kopstain said. “And we thought that twice a week was a great idea.”

In addition to integrating the insights of peer universities and health institutions, Vanderbilt has adapted its Return to Campus policies based on student feedback delivered by Vanderbilt Student Government (VSG) and through direct student communications. One of the most visible changes on campus made in response was the shift from three to five dining tents.

The five tents include two on Alumni Lawn, two on Commons and one on Library Lawn. Kopstain said that the underutilization of the three dining tents erected last semester and the university’s aspiration to provide students with more on-campus socialization opportunities underpinned the decision to revamp the tents.

In contrast to the three tents from the fall, these spaces, not reserved for strictly dining purposes, will be heated with hot water-based heat and will house WiFi connectivity, as was revealed in the Jan. 13 Spring Return to Campus Town Hall. Kopstain expressed his hope that the transition to smaller, multipurpose tents will help recreate certain aspects of the traditional on-campus social experience.

“We want the experience at Vanderbilt to be as social and as inclusive as possible, but we need to do it safely,” Kopstain said.

Based on meetings between the administration and VSG, the university has also pivoted toward a more concise, digestible communications strategy regarding Return to Campus information, per Kopstain. Having relied predominantly on schoolwide Return to Campus emails and community messages for COVID-19 updates in the fall, the administration learned from VSG that students often struggle to dissect important takeaways from the breadth of information. The university has responded by exploring new channels for Return to Campus communications, which now include university social media accounts such as Instagram.

According to Jones, a “powerful”medium for obtaining student feedback regarding the university’s Return to Campus policy has been her contact tracing team. As contact tracers from the School of Nursing have called students who tested positive for COVID-19 alongside their close contacts, they have been able to personally hear about students’ opinions regarding Return to Campus protocols.

“The contact tracers have spent hours and hours talking to students at their most vulnerable time,” Jones said. “There’s been a continual feedback loop from that team, and it’s a very people-centered approach.”

These conversations, which Jones credits for revealing unmet student needs, have helped the administration update its Return to Campus policies this spring. Jones and Kopstain noted that student emphasis on the importance of physical activity for mental health and well-being partly informed the university’s decision to begin reopening the Recreation and Wellness Center on Feb. 7.

Regarding university feedback toward students, Jones praised the community’s ability to band together to support the school’s reopening of on-campus operations.

“The biggest lesson [from the fall] is our students and community in general were really amazing at doing what needed to be done,” Jones said. “We had a great sense of responsibility, and we saw clear evidence of people taking care of one another and trying to do the right thing.”

The university is also reportedly offering more in-person classes this spring than the fall, per Kopstain.

As the university continues its efforts to restore the traditional in-person Vanderbilt experience, a university-wide vaccination program has emerged as a potential facilitator of a return to normalcy. While Vanderbilt has historically vaccinated thousands of people with the flu vaccine at Flulapalooza, which was replaced this year with the Avoid the Flu at VU campaign, Jones emphasized that the challenges of social distancing and post-vaccination observation time complicate the prospect of a COVID-19 mass-vaccination event.

“The nuances of how you give this vaccine versus a flu vaccine are pretty big,” Jones said. “It requires additional observation time, and obviously, social distancing requires a different throughput than we could do with Flulapalooza.”

As the university continues to learn new information about COVID-19 and members of the Vanderbilt community continue to give feedback on Return to Campus protocol, Jones said that the university may update its policies as it did between the fall and spring semesters.

“This is a work in process, and we make decisions based on the best available evidence and data at the time,” Jones said. “It requires all of us to be really flexible and really facile.”