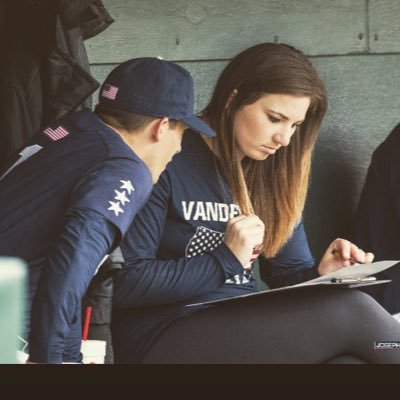 Stangel spent the past three years working various operations-related roles for Vanderbilt baseball. In August of 2017, she was brought to West End as a graduate intern for Vanderbilt baseball before subsequent promotions to administrative assistant in April of 2018, then internal operations coordinator and assistant to head coach Tim Corbin in July of 2019. She was a member of Coach Corbin’s staff for its SEC Championship and College World Series titles in 2019.

Prior to her arrival at Vanderbilt, Stangel, a 2017 graduate of the University of Washington, was a pitcher and outfielder for the Huskies softball team. As a captain her senior year, she was named to the All-Pac-12 first team and Pac-12 all-academic team and helped propel Washington to a third-place finish in the 2017 Women’s College World Series.

While the university has not yet confirmed the news, Vanderbilt’s director of baseball operations, Brooks Webb, acknowledged the move on Twitter and said Coach Lea is “getting the very best.”