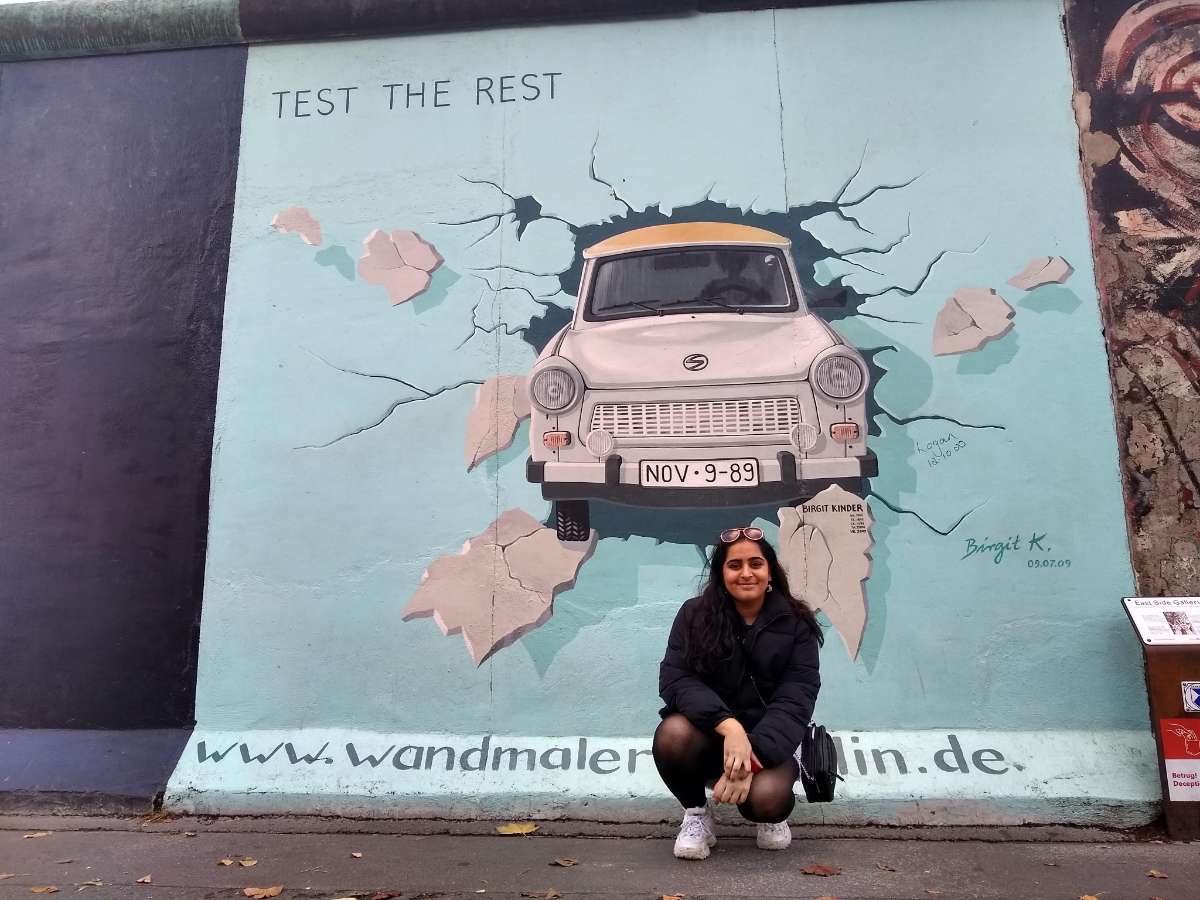 Sophomore Safa Shahzad shares her experiences as an international student during a fall semester spent away from campus.

In Pandemic Profiles, the Hustler Life Staff is highlighting the student experiences of Commodores over the trials and tribulations of the COVID-19 pandemic. From first-years to seniors, students had the opportunity to learn more about both themselves and each other as they bore unique burdens together (yet six feet apart).

Navigating a five-hour time difference, sophomore Safa Shahzad agreed to Zoom with me to discuss her experience spending the fall semester in another part of the world.

Evan Monk: To start the Q&A, I’ll have you introduce yourself and share your name, year, major and any other introductory information you feel is important.

In what location did you spend your fall semester?

Why did you decide not to come back to campus?

I think it was a mix of things. The biggest one honestly I really didn’t want to get sick, and then pay a huge hospital bill. I’m on financial aid, and I got my financial aid refund this year; That was good because if I went to the U.S., I’d have to pay for my health insurance and everything.

I know the likelihood of getting sick, people have different views on that, but essentially I didn’t really want to go to a country with so much COVID and risk getting ill because I have underlying health conditions. Also I know a ton of other people who are doing remote, so it didn’t make me feel that left out, especially because all my classes are online as well.

What was your initial reaction to being sent home in March?

So initially when Vandy sent the email in March, they said if you’re international you can stay. So I was like ‘I’m just going to stay in my room, finish the semester and then go home because my flight was booked for after finals.’ Then, Donald Trump closed the border from the U.K. l was worried because all the flights were being canceled, that was like two days after Vandy sent the email, so I felt rushed to go home. And then I changed my flight—they didn’t charge me, thankfully.

Honestly, my reaction was really like, this is a bit sad. I was really enjoying the spring semester. I was having a great time, doing way better socially and academically than autumn because moving to the US as an international student when you’ve never been to Nashville and don’t know anybody is really daunting, and I was not in a good place. And then, spring was way better but then it was cut short, which was just saddening.

I will say that I’m glad I got my flight changed because the day after I left all the flights were cancelled. A lot of other international students couldn’t go home.

What have been some of the significant challenges you’ve faced this semester being fully remote?

Finals week was really annoying. I had finals at 4 a.m. It was awful, I had to drink a ton of Red Bull and just deal with it. That was honestly the biggest challenge. In terms of other things, I would say socially some things were harder because I’m on executive boards like MLC. They had some in-person meet-ups, and our executive board is super close, so that was kind of sad.

Other than that, I have work Friday and Saturday evenings. I had one of my classes on Friday evenings at 12 p.m. Nashville time, but for me, that’s when I have work, at 6 p.m. So I had to ask the professor to record it, so I could watch it later. At first, they seemed confused, I had to send emails twice for them to understand, then finally they gave in to recording.

Are you coming back to campus next semester? Why or why not?

I don’t know yet. I didn’t get my off-campus authorization, which was frustrating. So, if I went back, I’d have to be on campus, and I don’t want to be because the Vandy housing and meal plan is just so expensive. I’ve saved a ton at home, so it’s definitely a financial thing.

Also, I want to study abroad spring of my junior year, but I don’t know if they’ll let people do that. If they don’t, then I’d rather just spend junior and senior year on campus and sophomore year somewhere else. If we can’t study abroad, then that is a lot of time at Vandy and in the U.S. I want to be in other places.

What can your professors and Vanderbilt administration do to better address the needs of international students like yourself?

Definitely offering different exam times. I actually emailed the dean and my professor asking for alternative exam times and they replied saying, “You knew the exam time in the first week of classes, you could have dropped.” I needed it for my major, so I wasn’t going to drop the class. So definitely just being more considerate of time zones I’d say is a big thing.

Also, engaging remote students. I answered a question in class for the first time—and this was like a month into classes—and my professor goes, “That was the first time a remote student has answered one of my questions. You guys really need to actually engage.” It’s a 35 person lecture class. He is in the classroom, and it’s live streamed; but there’s only like 10 people in the physical classroom. Saying most of the class doesn’t participate wasn’t fair, because people will have different conditions in their home environment. So maybe the Zoom quiz feature could be used, and ensure they are checking the chat box.

What do you think next semester will look like for international students? Is this what you thought it would look like?

I think next semester will probably be exactly the same as this semester. I don’t think anything’s going to change until people are vaccinated, basically. Once I’m vaccinated, I don’t really mind being in a college environment. I feel like from the Chancellor’s email there won’t be any difference apart from the reading days, which aren’t even reading days. I feel like a lot of people will be remote. I’ve noticed that a lot of students, even American students, are staying remote because of finances.

I know some people who’ve switched from in-person to remote because they didn’t like this semester at all and because it’s a lot of money to be spending, not having an actual college experience, not having a real learning experience.

On top of that, people can’t really work anymore. I was on the campus job page at some point in the semester just because I was curious, and there were so few jobs. If people can’t work, then they will work in their hometowns. International students can only work on campus because of the visa restrictions. If you can work internationally in whichever country people are in and save money on housing and meals, then I’ve noticed it makes more sense.

Is there anything else you’d like to say on behalf of international students?

I would say to just be more open-minded because we have to go through way more than [domestic students]. For example, I had to stay on the phone with the airline company for three hours just so they could change my flight. It’s really hard to connect with people on campus right now. But even for little stuff like a study group, it can really help to make sure to include all of your peers, not just the people you know.