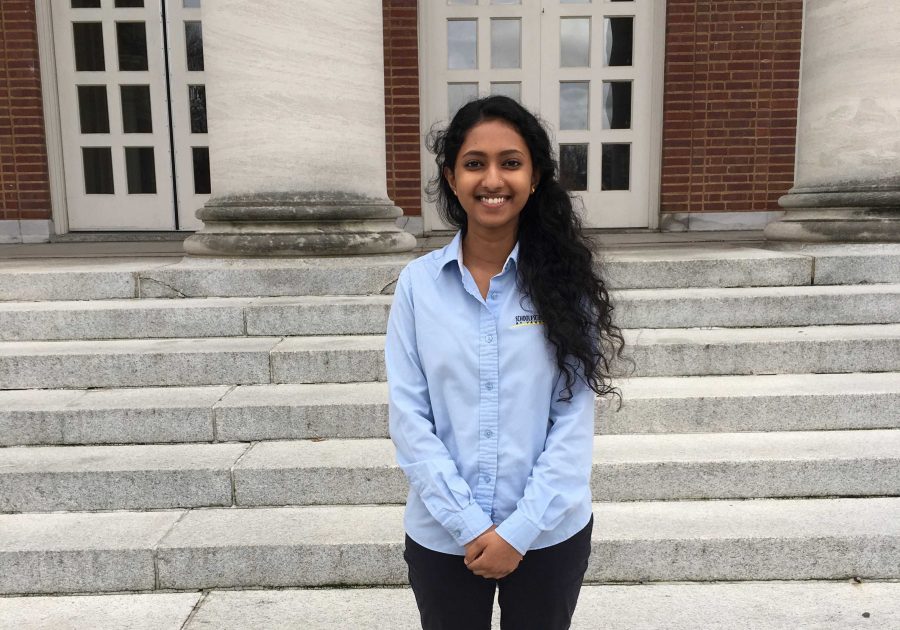 While most high school seniors are slacking off during their last months of school, Anagha Ashokan has been researching cancer.

Ashokan, a member of the School for Science and Math at Vanderbilt, a four-year program which gives Nashville-area high school students the opportunity to participate in research, has been researching a genetic protein that correlates strongly with cancer. She is one of 300 national semifinalists, and the only semifinalist from Tennessee, in the 2017 Regeneron Science Talent Search for her project titled “POPDC3 Regulates Epithelial-Mesenchymal-Transition in Colorectal Cancer Cells.” The Regeneron competition recognizes high school seniors for their outstanding research. Ashokan’s project was part of her curriculum at SSMV.

Students in the School for Science and Math at Vanderbilt take seven elective courses in the sciences, technology, engineering and mathematics during the four-year program. During the school year, students are on the Vanderbilt campus for one school day per week. SSMV students conduct research in their courses and over the summer.

Ashokan applied and was accepted to the SSMV program while she was in eighth grade and was exposed to a variety of research fields during her first two years in the program. From this exposure and her biology classes in school, Ashokan decided that she wanted to research cancer biology.

“I know that research in cancer biology is really emerging, and it’s a very important field to study,” Ashokan said. “It’s really relevant, so I wanted to go into that sort of field.”

SSMV students apply to join a research lab at Vanderbilt during their junior year, and Ashokan put biology and cancer biology as her top choices on her preference form. She joined the Williams Lab in the Vanderbilt University School of Medicine last January.

Ashokan worked with Dr. Christopher Williams, Associate Professor of Medicine and Cancer Biology and director of the lab, and his team to study how the POPDC3 protein causes epithelial to mesenchymal transition, where tissue loses cell-to-cell adhesion junctions. This transition is strongly correlated with cancer.

At first, Ashokan found it challenging to work with PhD and graduate students, but by reading medical journal articles and attending lab meetings and seminars, Ashokan became more comfortable working in the lab.

“Everyone in the lab is really helpful, they’re on a different level though, so it was at first really daunting,” Ashokan said. “But with more time it just made sense.”

Since January 2016, Ashokan has been going to the lab once a week to work on her research. This past summer, she worked 40-hour weeks in the lab for a month and a half.

Ashokan was accepted Early Decision in December to Johns Hopkins University, where she plans on studying neuroscience and continuing to do research next fall.

“I definitely want to go into research, and then beyond college, I’m interested in doing research as well,” Ashokan said.

In reflecting on her time at Vanderbilt, Ashokan is thankful for the chance to spend time on the Vanderbilt campus.

“It’s such a great campus, and I feel so privileged that I got the opportunity to be at the SSMV,” Ashokan said.