Sarah Fuller will be available for the Commodores against Missouri, she confirmed in a tweet. If she plays, she would be the first woman to log a snap in a Power Five football game. 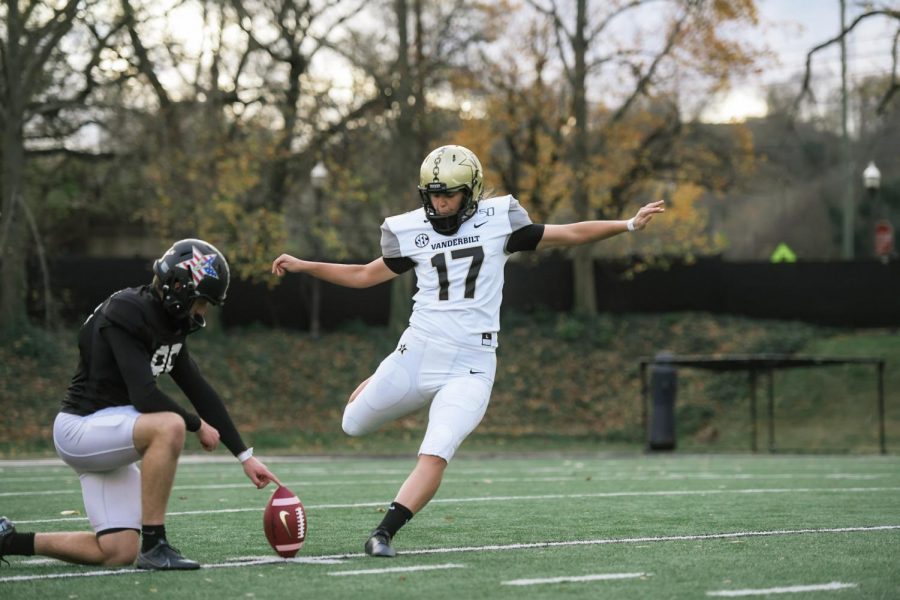 Sarah Fuller, Vanderbilt soccer’s starting goalkeeper, is traveling with the Vanderbilt football team for its Nov. 28 contest at Missouri. She will be available as a kicker.

Fuller, a senior goalkeeper from Wylie, Texas, made her first start for the soccer team against South Carolina on Oct. 11, 2020 and held the starting position through the Commodores’ SEC Tournament title on Nov. 22. The Hustler reported on Nov. 24 that Fuller practiced with the football team as a kicker, but Vanderbilt athletics did not confirm her involvement.

While Vanderbilt is just 3-7 on field goals this season, multiple sources told The Hustler on Nov. 24 that this was not a performance-based decision. Instead, they said that the Commodores have many specialists in COVID-19 related quarantines, leading to the addition of Fuller.

Appearing on ESPN 102.5 The Game, head football coach Derek Mason said on Nov. 24 that Fuller is an “option” at kicker. Later that afternoon, on an SEC coaches teleconference, he may have confirmed that Fuller was participating in football-related activities.

If Fuller plays Saturday, she would become be the first woman to log a snap in a Power Five game.