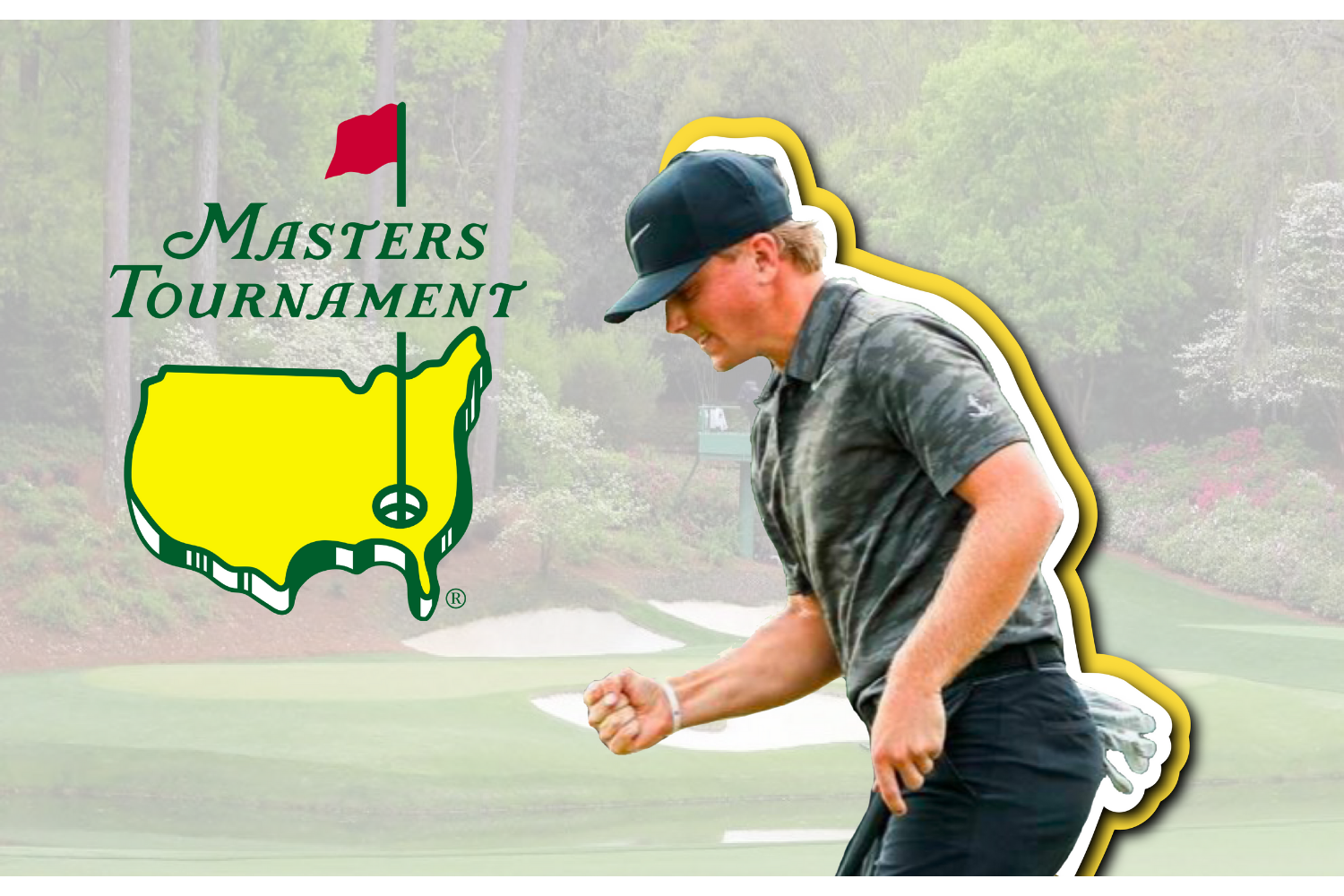 John Augenstein is ready for his Masters Moment

Fifth-year senior John Augenstein of the men’s golf team will tee off in his debut at the Masters Tournament at 10:16am CT on Thursday.

From winning SEC Freshman of the Year in 2017, to being named SEC Player of the Year and a Haskins Award finalist last season, John Augenstein is one of the most decorated players in Vanderbilt golf history.

Despite all the tournaments he has won and all the courses he has conquered, none of them compare to his next event—this week’s 2020 Masters Tournament at Augusta National Golf Club.

Augenstein will tee off for the first round of the tournament at 10:16am CT on Thursday as part of Group 19, alongside Danny Willett, the 2016 Masters champion, and Rickie Fowler, the forty-sixth ranked player in the world.

While Willett and Fowler are both seasoned professionals, Augenstein will be playing as an amateur. By returning this semester to Vanderbilt and competing with the men’s golf team—he finished tied for 13th in the team’s first competition and one stroke shy of the individual winner in the team’s second tournament of 2020—Augenstein has retained his “amateur” status.

The invitation to both the 2020 U.S. Open and the Masters came via a second place finish in the 2019 U.S. Amateur Championship.

In a career of incredible performances, filled with multiple SEC and NCAA championship appearances, playing at Augusta National ranks near the top of his achievements.

“To play the Masters is an incredible honor,” Augenstein said.

Before the COVID-19 pandemic, the 2020 Masters Tournament was originally slated to start April 9. In March, Augenstein was actually in Augusta practicing for his appearance when he found out that not only had the tournament postponed, but his collegiate spring season had been cancelled as well.

In professional golf, the Masters is considered the sport’s greatest major and Augusta National is one of the world’s most iconic courses.

“[The course] is extremely special,” Augenstein said. ”I appreciate the excellence of the Masters.”

This year’s Masters will mark Augenstein’s second appearance in a major tournament in 2020. He already played the 121st U.S. Open at Winged Foot in June, where he shot nine-over par and missed the cut.

“Unfortunately at the U.S, Open, I just simply didn’t play some of my good golf, and that happens,” Augenstein said.

Despite being dissatisfied with the performance, he considers the event to have been a learning experience.

“What I learned at the U.S. Open was that I don’t have to do more than I already do,” Augenstein said. “Everything I do is plenty good to shoot really low scores.”

This time around, the Vanderbilt star believes he is more prepared.

After arriving Saturday night, he has been training intensely, practicing in the morning and afternoon. Playing the course two times a day has allowed Augenstein to analyze it and get a better grasp of what he will face this weekend.

“You get a general feel for the course, get a good game plan going, and the week of the tournament, you’re really nailing that down,” Augenstein said. “We’re solidifying everything, prepping everything we need to do to get ready to go on Thursday.”

Augusta National is already in “tournament condition,” according to Augenstein, which he anticipates will help him execute better when the rounds become official.

“With the grass being a little longer and a little softer, the ball’s not going as far, so holes are playing longer,” said Augenstein, indicating that players may have to adjust slightly to the new conditions, since the tournament is being played in the fall, rather than its usual spring date.

Augenstein says he is becoming more and more comfortable with the course, gradually adjusting his plan for the tournament.

“From a course management standpoint, we definitely have a really good gameplan for what we’re trying to do, but out there you learn something new every day.”

While Augenstein is a star at the collegiate golf level, he is one of twenty-six players making their Masters debut this weekend. Fortunately, he has relied on a few friends for advice before his first Masters—Augenstein played with Vanderbilt alumnus Brandt Snedeker on Monday, and he practiced with fellow Kentucky native Justin Thomas on Tuesday.

“I picked up a couple of things from those guys,” Augenstein said. “Little things they tell you about, things you wouldn’t notice if you haven’t had experiences there.”

Augenstein also cited Webb Simpson, who finished tied for fifth in the 2019 Masters, as another professional he has been in contact with this week.

Even though the 23-year-old is about to play alongside his idols on golf’s biggest stage, Augenstein says it is “business as usual” for him.

“Whether it’s a college tournament, amateur tournament, or professional event or the Masters, I’m always just trying to treat it the same and get ready.”

The only difference in Augenstein’s mentality is that his focus has increased and his attention to detail has heightened, acknowledging that “your margin for error is pretty small out here.”

While he is certainly pleased to play in the Masters, Augenstein knows it was earned.

“I’ve expected myself to be here and be in this position.”

Not only will this event be the grandest of Augenstein’s career (so far), it may be his last as an amateur and as a Vanderbilt student-athlete. The fifth-year senior will decide on whether to return to Vanderbilt for the spring season after competing in the Masters and eventually discussing the decision with men’s golf head coach Scott Limbaugh.

“I wouldn’t say there’s anything super specific that’s swaying my decision,” Augenstein said. “It’s just a general feel of what I think I need to best serve my career going forward.”

Because of his relationship with the rest of the men’s squad and with the staff’s two coaches, Augenstein recognizes that this semester has been special for him. Losing part of his senior year was devastating for Augenstein, and even deciding whether to return was a difficult decision for him.

With the semester wrapping up, though, Augenstein knows he made the right choice.

“At this point, I’m very thankful for the decision I’ve made and I’ve really enjoyed it.”

In what he hopes is the first of many Masters appearances, Augenstein is looking forward to improving on his U.S. Open performance. With the adjustments he has made since then and how thoroughly he has prepared for Augusta National, Augenstein expects a different result this time.

“The more I can just play golf the way I do normally,” Augenstein said. “I’m gonna love where I am come Sunday afternoon.”