Way Back Home: Vandy gave me a second chance to relive my adolescence

International students often rush into adulthood to prepare for college abroad but struggle to find true belonging and peace of mind. 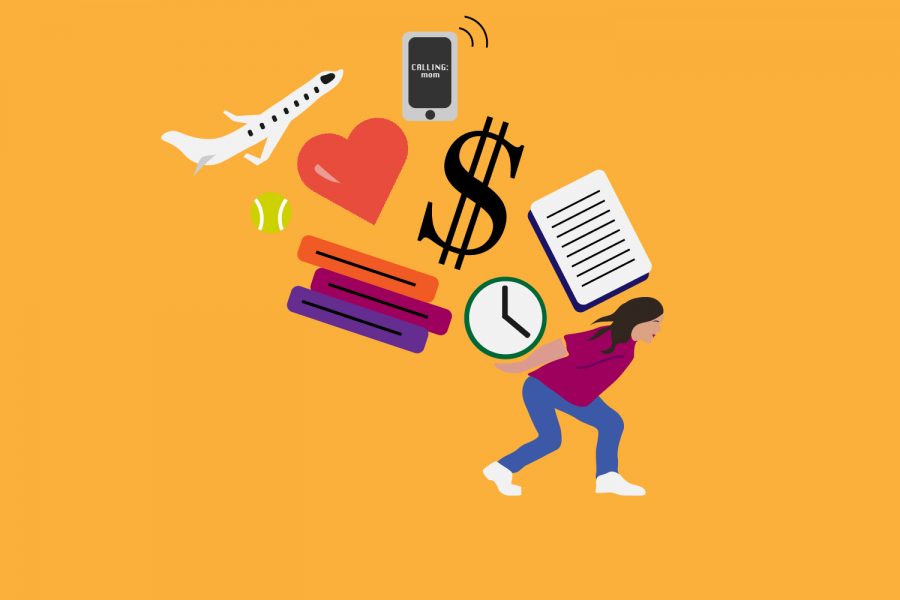 "I now realize adulthood is a process, not a quality." (Hustler Staff/Emery Little)

I woke up one morning at 3 a.m. to an obnoxious ringtone that startled me awake. I had finally gone to sleep after a particularly long day of school, homework and college applications. I reached over to my phone and picked up the call from my friend who was sniffling on the other end. I was used to getting these midnight calls from a number of my close friends at the time and every time I picked up these calls, I spent hours with them on the phone, as we tried to talk through their problems. Yet, no matter how stressed and anxious I was, I never called up my friends to cry. I thought I was responsible for solving everyone else’s problems, but no one should help me with mine.

This self-imposed obligation started when I announced at 14-years-old, “I want to go to college in the United States.” Since then, my parents emphasized not only my academic excellence but my ability to be independent and self-sufficient as well.

Growing up, our generation learned about the millennials’ ambivalence towards adulthood and their lack of basic life skills and social etiquette as a result of overprotective and financially-capable parents. Hence, my parents did everything they could to make sure I would grow into a strong, independent woman. I was asked to make my own decisions on which high school to go to, what academic program to study and what extracurriculars to participate in. I even started having my own bank account and had to pay for my own credit card bills once I turned 16. They wanted to prepare me for the time when I would eventually leave home to study in a faraway country, ensuring my ability to take care of myself and others. At the time, however, I interpreted my parents’ actions as my early call to “adulting.”

While my parents emphasized that I become more independent and responsible to prepare for college abroad, I also idealized the idea of growing up. At 14-years-old, however, I was not physically nor mentally ready to even understand what it meant to be an adult. While navigating my transition from adolescence to adulthood at a young age, I did not know how to develop the skills I needed for true maturity, so I observed the adults around me instead and started imitating their behavior. Based on my observation, I synthesized the essence of “adulthood” to mean independence and maturity.

The adults around me, including my parents and teachers, seemed to be living free from any problems or struggles. Whenever I approached my parents with any problems, they were  always able to help me with them in a logical and wise fashion. Hence, I thought of maturity as the ability to not only handle my own problems but also other people’s problems too. I wanted people to comment on and compliment my maturity level as a source of affirmation that, at the time, reassured my ability to attend college abroad.

Unfortunately, young Hermian was not actually capable of solving all of her problems, not to mention my friends’ problems. Yet, I was so eager to be considered a mature person that I pretended to be capable of handling all of my and my friends’ problems. As a result, I started bottling up my emotions, hiding my stress and anxiety and pretending that I lived the perfect life in order for me to seem truly mature. On top of neglecting my emotions, I believed that I was responsible for prioritizing and helping my friends with their problems and complicated feelings.

As a result, I was unhappy for a very long time, and I felt unsupported by the people around me even though I never let them see the real me out of fear of looking “immature.” I forced myself to be the “adult” who could take care of everyone when I had not taken care of myself first. I gradually became exhausted of acting, speaking, performing and behaving in a certain way—the “adult” way. I was emotionally drained, and I desperately wanted a change.

The opportunity for change came when I received my college acceptance letter from Vandy. I was given a second chance to begin again, relive my adolescence and follow my own pace in entering “adulthood” at a place where no one knew who I was. I could start over and be whoever I wanted to be.

The moment I landed in Nashville, I was focused on one goal: to find my true self and not live under the expectations I or other people had set for myself. I wanted to be able to seek help when I needed it and to be taken care of rather than always taking care of other people. During orientation week, I was able to meet a number of friends who were all overwhelmingly friendly and genuine. Since it was a fresh start for everyone, I felt comfortable enough to go with the flow, accepting myself for me, not for who I thought other people wanted me to be.

No one had any preconceived ideas of who I was, so I was free to slowly discover and unleash my true self, exploring my passions, which eventually lead me to The Hustler. Vandy is much more diverse than home, and I’ve come to realize and appreciate the differences between people. Here at Vandy, there is not one way to live and mature, and everyone here respects and supports my pace as I discover myself.

Now, I no longer have to act like an adult simply because I thought that was “socially desirable.” I have learned to express my emotions and concerns without fear of seeming weak and incapable. I now realize adulthood is a process, not a quality. Most importantly, I now finally allow myself to see who I am and be who I am as I have learned to prioritize my happiness and my pace of growth.

Even though I am graduating soon and close to entering adulthood, I try to see adulthood not as a standard or boundary to how I should behave. Instead, adulthood is a door that unlocks countless possibilities and freedoms to choose what I want to do and who I want to be. Behind those doors lies my future. Nevertheless, I must first focus on developing my idea of maturity—not anyone else’s—and find my own authentic self in the process, unencumbered by a single, constricted path to adulthood.