‘This is Us’ Season Five premiere takes on 2020

From racial injustice to coronavirus, the fifth season premiere of ABC’s “This is Us” tackles two of the most prominent issues of 2020, proving a television series can discuss politics without being preachy 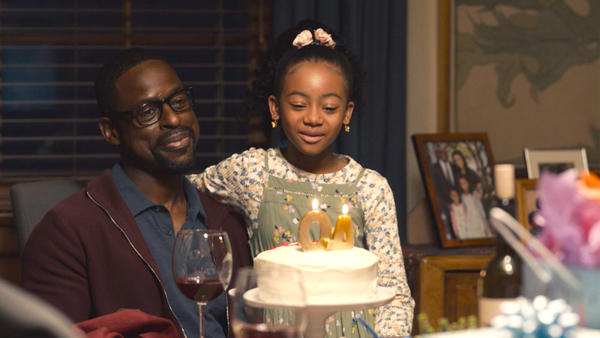 Season Five of "This Is Us" premiered Tuesday, Oct. 27 (Hulu/NBC)

If Tuesday’s episode is any indication, Season Five of ABC’s “This is Us” might just be the most dramatic season yet (and no, this isn’t The Bachelorette). The premiere dives into two of the biggest dramas of 2020: COVID-19 and the unrest that followed the police brutality at the source of George Floyd’s death. Unsurprisingly, it’s none other than Emmy-award winning actor Sterling K. Brown (a.k.a Randall Pearson) who’s the star of this episode, both at the center of the conversation of racial justice and the concluding plot-twist.

As every other season premiere, Season Five kicks off with another Pearson birthday. This time, the triplets turn 40. Kevin and Madison surprise the family with news of their pregnancy, and Kate and Toby continue their search for an adoption match. But while Kevin and Kate celebrate at their family cabin, Randall prefers to remain with his immediate family and unwind after juggling personal conflict with racial tension in America, his responsibility to handle COVID-19 as city councilman and his strained relationship with Kevin. Rebecca’s battle with dementia continues, and the family struggles to navigate the uncertainty of the disease. Believe me—you won’t be able to look away.

Producer Dan Fogelman never fails to tackle the most difficult themes of life through the show’s dialogue. I’m totally here for toying with the fourth-wall. Right away, it’s evident that this episode takes place in our world: America’s dreaded 2020.

It’s no secret that this year has been heavy. Randall probably sums it up the best at the end of the episode: “I’m just really, really sad.” Us too, Randall, us too.

Coronavirus claims a subtle but prevalent role within the episode. Characters wear masks and maintain their distance in wake of the coronavirus, while taking precautions to quarantine together. The virus is not the center of the episode, but it is clear that producers took care to weave it into the dialogue and scenes. When Randall comes to visit the cabin, Kate asks “Well, I wish I could give you a massive hug, but I didn’t know if you were…” Ah, the awkwardness that comes with greeting people these days. Randall even gives Toby and Miguel  “elbow-bumps” on the way out—the pitiful high-five 2.0.

COVID-19 has inevitably shaped the way they live their lives. It’s painfully relatable and almost comedic how spot-on Fogelman is.

The other, more prominent theme in the episode involves police brutality and nuances of the Black Lives Matter movement. “This is Us” takes good care to not confuse this with a political perspective. Rather, it artfully shares the reality of what it’s like to be Black in the United States through incredible script-writing and emotional acting from Sterling K. Brown. Following his viewing of the George Floyd video, Randall portrays exhaustion and deep, solemn sadness through his words and body language.

As a character I know and love, I’ve seen Randall at his best: exuberant, lively and a positive voice in every situation. He, understandably, was not himself in this episode. He rarely smiled, couldn’t crack jokes and lacked his signature energy. Flashbacks within the episode illustrate how a young Randall dealt with racial injustice alone growing up in a white family, supporting the present difficulties he faces appreciating the support of his sister, Kate.

From watching the perpetuity of racial injustice to consoling his white friends and family, the exhaustion and sorrow of Randall’s experience is present in a way that is not preachy, but touchingly vulnerable.

The ending and future predictions **spoilers**

Throughout the episode, flashbacks retell the story of Randall’s birth parents and his birth. Previously, “This is Us” leaves the audience under the impression that Randall’s birth mother died and his father disappeared following his birth, leaving firefighters no other choice but to bring the orphaned Randall to a local hospital.

This episode, however, shows Randall’s mother’s struggle with addiction. It shows her overdose after Randall’s birth, his father running away with an infant Randall and the paramedics reviving his mother. However, in typical “This is Us” fashion, the last scene ends in a cliff-hanger, with Randall’s mother waking up.

My prediction: Randall’s mother is alive, and Season Five will follow Randall’s search for her.

The most heartwarming: Randall and Malik talk solemnly about the killing of George Floyd—what it means for them, how they deal with it and ultimately, the two offer wisdom to each other in a time of sorrow.

The funniest: When Toby finds out Kevin got Madison pregnant. He jokes about Kevin “knocking someone up” until he realizes…that’s exactly what he did.

The most gut-wrenching: Kate starts crying out of sympathy for Randall, expressing how sorry she is for what he is going through as a Black American. Randall replies, “I hate this, Kate. I hate seeing you upset. I would try to make it all OK for you […] but if I make things better for you, where does that leave me?”

If you haven’t watched “This is Us,” starting on Season Five might not be the best idea, considering its incredibly complex plot and characters that require knowledge of previous seasons. But, if you were an avid watcher of seasons one through four wondering if it’s worth two valuable hours of your day: yes, yes it is. It’s an emotional, heartwarming, gut-wrenching rollercoaster, but anything less would have been a disappointment.