As one of the newest clubs on campus, the rock climbing team has quickly climbed the ranks of popularity and skill level, with one of its members even considering a bid for the 2024 Olympic Games. 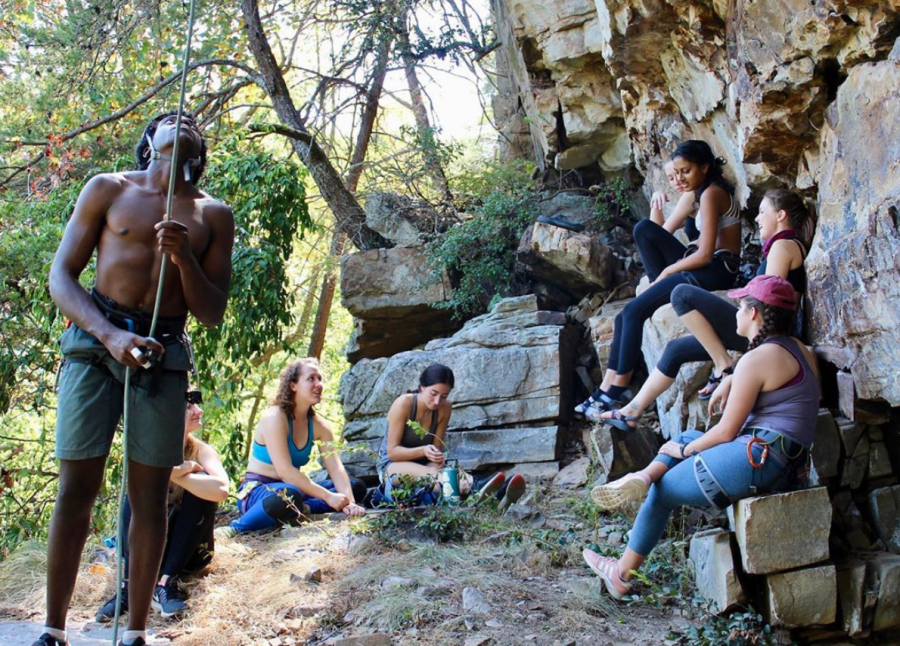 Whether it’s due to their small rosters or casual nature, Vanderbilt clubs that cater to the niche athleticism of undergraduates are frequently brushed under the rug by the community at large. Yet, there is one club in particular that has gained notoriety on campus not only for its uniqueness, but also for the talent of the individuals who are a part of it—the Vanderbilt Climbing Club.

The club was founded in 2017 with a starting group of only eight climbers. It has since grown to over 50 active members, headed by juniors Michael Finn-Henry and Olivia Busk. Within the team, Busk said they are very considerate of their climbers’ busy schedules and there is a lot of flexibility in terms of weekly practice hours.

“Under normal circumstances, we hold coached practices with a volunteer coach two times a week,” Finn-Henry said. “It’s a really cool community. During a normal year, we also usually have a ton of outdoor trips, too, where we go to [places like] Chattanooga and you can get full, outdoor climbs.”

Both Finn-Henry and Busk said that the club is a great place to find a community of like-minded individuals who share a passion for the sport. Climbing has also opened many doors for Finn-Henry in particular, who has been climbing since he was 11 years old.

Prior to the now-postponed 2020 Games, all three disciplines of climbing (bouldering, speed climbing and sport climbing) were combined into one event at the Olympics. Beginning with the 2024 Olympics, however, the disciplines will be separate events.

The club heads dedicate significant hours to their progression in the sport. Finn-Henry said his participation on the U.S. Rock Climbing team requires significantly more training time, so he and Busk typically practice for 30-40 hours a week.

While the rock climbing club boasts impressive stories such as Finn-Henry’s, its primary intention is dedicated to building a community around a shared love for climbing. Busk, who only started climbing in August of last year, speaks to the inclusive nature of the team.

With COVID-19 restrictions in place on campus, the club has not been able to engage with its members in the same ways that it typically does. The bi-weekly team practices have been suspended indefinitely due to social distancing restrictions, as well as the off-campus climbing trips. Despite these limitations, Finn-Henry and Busk have continued to make efforts to keep the team engaged.

“A lot of clubs have paused due to COVID, but we have had a big focus on our overall club mission to build a community around a shared passion for climbing. We have encouraged our members to join our Slack channel for more information on the sport itself,” Finn-Henry said. “Even though we can’t have in-person events, our members can still interact with each other.”

The club also holds virtual board meetings every week with its executive board to discuss ways to keep their members engaged without in-person activity. Both Finn-Henry and Busk are confident that despite the setbacks the club has faced due to COVID-19, the climbing community at Vanderbilt is still growing strong.

Both Busk and Finn-Henry have high aspirations for the future of the club. Although climbing is a relatively new sport, it has been growing rapidly in popularity and the club’s growth on campus is a testament to this, Busk said.

“No one starts climbing for the money or the fame or anything like that. They do it because they just enjoy [the sport]” Finn-Henry said.