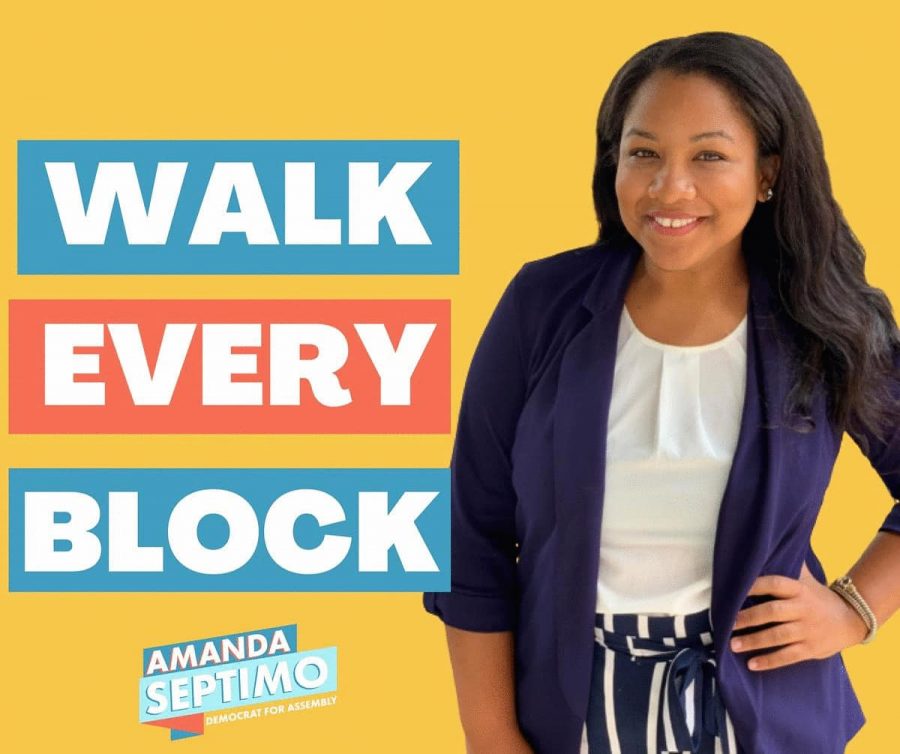 Student Amanda Septimo is running for Assemblywoman in the Bronx (amandaseptimo.com)

As Vanderbilt students, we pride ourselves in our motivation to enact change in the broader scope of our communities, and returning undergraduate Amanda Septimo is no exception. She put the books on hold to affect tangible change with policy of her own and is running for Assemblywoman in her hometown: New York City’s South Bronx.

Septimo came to Vandy in 2008 as a Posse scholar and Political Science major in the College of Arts and Sciences (CAS). After taking a hiatus in 2012 with only one semester left to graduate, she has returned to complete her degree and is taking courses in various government and policy realms, while campaigning to serve in the New York State assembly.

According to Septimo, coming to Nashville was originally a culture shock, but she believes her time in the South gave her valuable political insight that she carries with her today.

Living in Nashville, Septimo recognized the importance of getting involved in local communities in order to break down regional divides. She interned with Legal Aid Society as well as Metro Public defenders, experiences that prepared her for her current political endeavors. She said her experiences in Nashville as an undergraduate helped formulate her understanding of partisanship and regional differences.

“I think when you have an experience to spend time in a place that looks completely different than what you call home, you really get a sense of what some of the values [that] are an undercurrent for all Americans irrespective of some of those partisan divides,” Septimo said.

Studying political science at Vanderbilt, Septimo said, has prepared her well for her current work running for office.

“The formal study of politics and democracy—what’s the point and how we got here—is a really interesting perspective to take into the political arena,” Septimo said.

We need to keep kids safe this year. Until then, schools should stay remote & return #OnlyWhenItsSafe! pic.twitter.com/7BR58ACGCy

In relation to her current campaign efforts and the impacts of COVID-19, her team has had to fully rethink their grassroots operation, Septimo said. Given the high number of cases in New York city in the first few months of the pandemic, Septimo was unable to follow traditional door-knocking methods of voter outreach. Instead, the team relied on phone banking to connect with supporters.

“How you reach people in a 2020 world is different,” Septimo said. “From a message perspective, we had to reach out to people like: ‘What is your need right now and how can we meet it?’ We tailored messages to come from a place of genuine concern.”

In relation to the struggles those in her South Bronx district have faced, her team’s top priority is leading and campaigning with compassion, according to Septimo. The assemblywoman candidate, who is also involved with the New York State Nurses Association (NYSNA), has specifically focused her campaign on housing, job, health and economic insecurities.

“There is an intersection of all of these policies and politics so you can not separate poor health outcomes from economic realities and you can’t separate that from race. Nothing exists in vacuum,” Septimo said.

She added that poor communities of color are suffering the most during the Covid-19 pandemic because they are dealing with greater instances of housing, food and job instability, issues that are the core of her platform heading into November.

“I am hopeful that [the pandemic] will allow these underserved communities to be at the forefront as it relates to solutions. We have to listen to those at the frontline of impact,” Septimo said.

As her campaign plans for the “new normal” that will emerge as society transitions into pandemic recovery efforts, Septimo said it is imperative that the needs of marginalized communities are taken into consideration.

“Communities didn’t really have enough in the pre-COVID world, so wanting to see true equity at the heart of a recovery process from COVID-19 is on people’s minds” Septimo said.

When asked for suggestions about how current Vanderbilt students can get involved in the Nashville community, Septimo said they should find what they are passionate about and pursue opportunities for involvement here.

“Choose the thing that you care about and leave Vanderbilt walls. Go into the community, because Nashville is a full thriving city that has every issue under the sun just like every other city,” Septimo said.