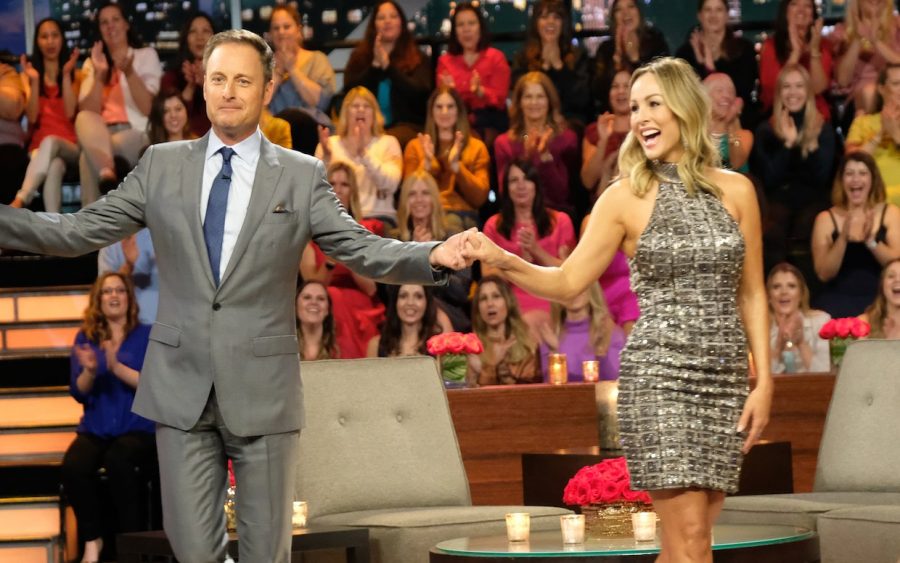 Sometime between the original cast announcement March 11 and the start of filming July 18, Clare googles her contestants (I mean fair, who doesn’t cyber-stalk potential significant others these days?). She begins talking to one of her contestants, ex-football player Dale Moss.
Clare and her contestants begin filming at the resort on July 18.
Less than two weeks later, producers reach out to backup contestants who had initially applied but not been cast. Rumors begin to circulate about Tayshia replacing Clare.
On Aug. 2, Clare liked (then promptly unliked) a tweet about Tayshia being her replacement. This is telling because A) she liked a tweet seemingly confirming the rumors, and B) she was on her phone, which she would not have been able to use if she were filming because the producers are heartless.
On Aug. 3, roughly two weeks after filming began, ET officially confirmed the rumors that Tayshia would be replacing Clare with an Instagram post from Lauren Zima, who is dating host Chris Harrison. So much for pillow talk confidentiality.
Later in August, the Daily Mail released photo evidence of Tayshia at the resort.
There have been several other “Bachelor” franchise alums spotted at the resort, including Hannah Ann Sluss, Becca Kufrin, Wells Adams and Ashley Iaconetti Haibon, leading to further speculation.