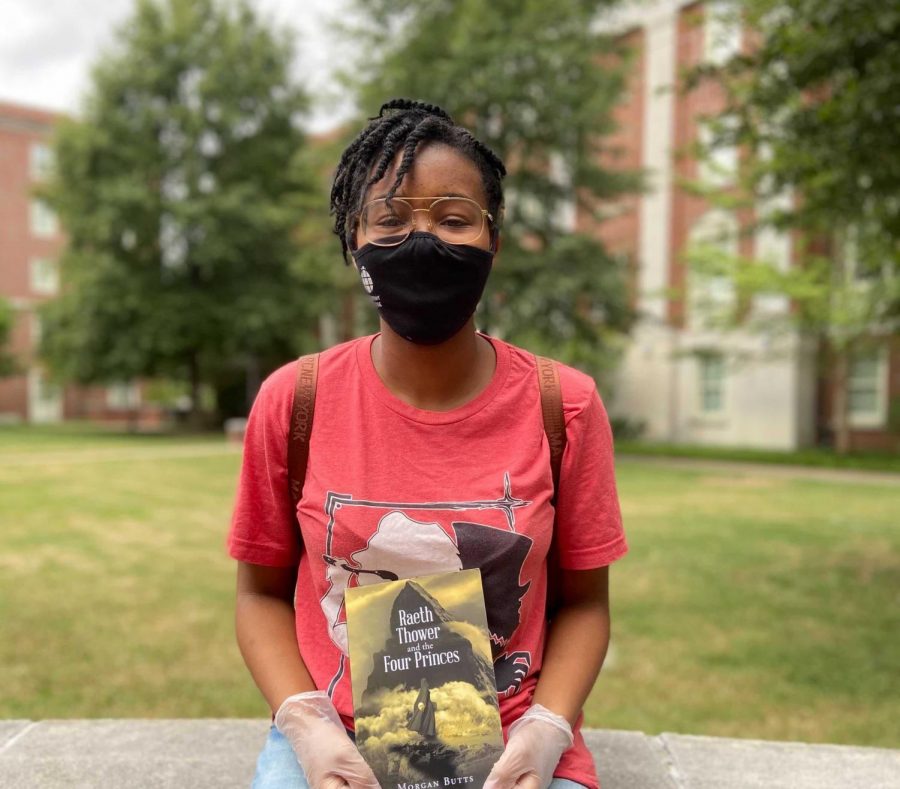 The 232-page novel follows the protagonist, Raeth Thower, fervently pursuing the “it” factor: a mysterious unknown ability that would allow her to become the best version of herself in her surroundings. In a post-epidemic world (fitting), a new generation of children, born vulnerable to the original disease, reside in an isolated community known as “Camp.” Despite its purportedly utopian reality, Raeth remains skeptical and questions the so-called perfect society in which she lives. Feeling trapped, she believes the only way she can escape Camp is to harbor the power of the aforementioned “it” factor.

Her love of literature began far before her college years; growing up, she was captivated by genres like fiction and historical fiction. She said she frequently reread the Percy Jackson series, falling in love with how author Rick Riordan made old mythological stories into something new. She took her first steps in writing and authorship in elementary school.

“I would write comic strips with my friends all the time. I just really enjoyed making stories of all varieties, especially fiction,” Butts said.

Butts, however, quickly realized that she preferred writing over illustration and abandoned comics to focus on stories. She has written about countless topics with inspiring characters, ranging from ghost stories to librarians and superheroes. Her now-published novel started to fully develop when Butts was in the ninth grade.

“I had a tendency to start books and not finish them, and so this book is essentially a revised version of those unfinished works in my past,” Butts said.

At first, Butts did not think that this story would amount to anything more than another hobby project. However, once the idea of the so-called “it” factor came to her, she became inspired and began to narrow in on the storyline that fueled her story forward. The concept evolved from advice that Butts’ father gave her when she was younger.

Once the first revised drafts of her story were complete, Butts found a publisher and an editor, which she said came through sheer luck after coincidentally hearing an advertisement on the radio. From there, her story took on a life of its own, and she began the formal publication process. Butts said the most difficult part of the entire process was accepting the final product and dismissing her perfectionist tendencies.

The title character is largely based on her own personality, and she hopes her readers connect with that materialization. Butts anticipates that this release will be the first of many works in her future, whether or not they become published. Although she plans on pursuing a career as a cardiothoracic surgeon, Butts has no plans of giving up literature entirely, despite the commitment it might demand.

While she is currently pursuing a degree in biomedical engineering, Butts said writing serves as an outlet that connects the Science Technology Engineering and Math (STEM) and literary facets of her identity.

“For me, writing is kind of a way to get outside the heavy STEM mindset. I’m normally a creative person- I love arts and I always have,” Butts said. “So, it’s a way for me to connect with that other side of me.”

“Raeth Thower and the Four Princes” is now available for purchase on the Amazon and Barnes and Noble websites.