FELLAS: President Trump’s Orwellian 1776 Commission is a threat to democracy 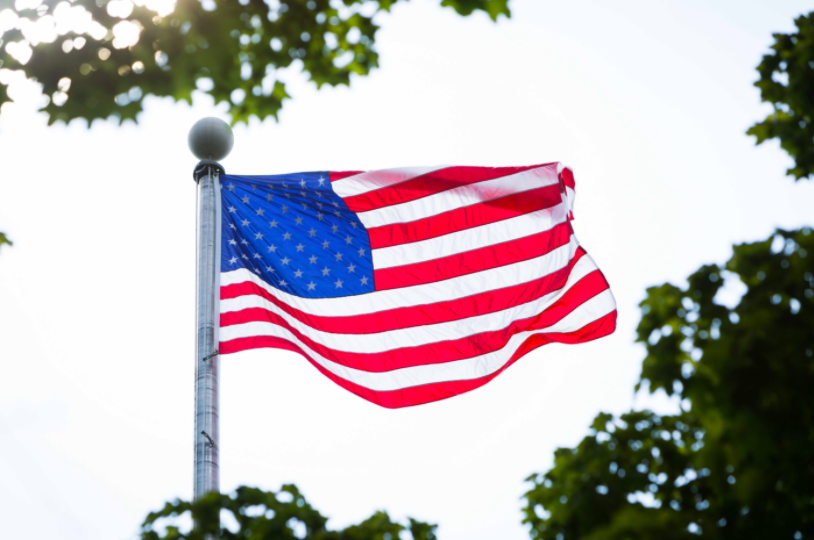 As educational institutions across America, like Vanderbilt, are attempting to modernize and broaden their curriculums to include marginalized voices and paint the most accurate portrait of American history, President Trump wants to take us back 250 years—to 1776. On Sept. 17, he announced the “1776 Commission,” a program aimed to “restore patriotic education to our schools.”

The name is parodying The New York Times’ 1619 Project, a Pulitzer Prize-winning project designed to shed light on the often overlooked darkness in America’s past and the implications today, dubbed “toxic propaganda” by Trump in his announcement. His attempt to censor education, discredit teachers and intellectuals and rewrite history should be seen for what it is: an attempt to rewrite the more shameful elements of our country’s history and racist dog-whistling for his nativist base in an election year.

Trump’s desire to rewrite the past recalls the work of the Ministry of Truth in George Orwell’s “1984.” The Ministry’s function was to rewrite history, precisely because a country’s dominant, historical narrative was essential to people’s understanding of themselves.  As Orwell wrote, “if all others accepted the lie which the Party imposed—if all records told the same tale—then the lie passed into history and became truth. ‘Who controls the past’ ran the Party slogan, ‘controls the future: who controls the present controls the past.’”

Trump decried our “adversaries” —countries like China and North Korea—for pushing “anti-American” narratives and suggested that teaching American history through rose-colored glasses is the solution. In doing so, he ignored the fact that a squeaky clean retelling of a country’s history, like what the “1776 Commission” aims to implement, mirrors similarly censored histories in those “[adversarial]” countries.

Further, he criticized schools for teaching “critical race theory,” with the goal of “rip[ping] apart friends, neighbors, and families,” but here, he ignores the fact that this country is already fractured by racism, and we cannot build a unified country without addressing the divides inherent in our political system. And additionally, the racism and other marginalization in the United States took root even before the foundation of this country and remains today as a result of that historical context.
How can we dismantle systems of oppression and work to greater unity without understanding how we got to this fractured place?
But Trump knows all of this. He isn’t interested in uniting; that’s never been his goal. Instead, he divides with racist statements (like calling Mexican immigrants “drug dealers,” “criminals,” and “rapists”) believing that he can prevail in the election with only the support of one distinct part of the country.

Additionally, Trump invoked Martin Luther King Jr.’s dream for a world “where children are not judged by the color of their skin but by the content of their character.” But this demonstrates precisely the issue with Trump’s “patriotic” curriculum. He wants America to recast our history, minimizing the impact of slavery, colonialism and bigotry, and implied that MLK would have supported his attempt to rewrite history. But MLK warned against the “white moderate”—those that overlook racism in favor of keeping peace and spent his whole life bringing awareness to the plight of Black people in America. Trump’s blatant twisting of MLK’s words to fit his narrative of an infallible country is exactly what will happen if we implement a curriculum more focused on concealing the past in the name of “patriotism” than upon revealing the truth of our country’s history, good and bad.

Teaching the truth about American history and uplifting stories of marginalized people will not, as Trump claimed in his speech, “destroy our country,” and we can’t be patriots without fully understanding the country we claim to love. As famous American author James Baldwin said, “I love America more than any other country in the world and, exactly for this reason, I insist on the right to criticize her perpetually.”