What is the Faculty Senate? The Hustler explains

The 71-person body of faculty meets every month, and oversees faculty advocacy, resource connection and consultation. 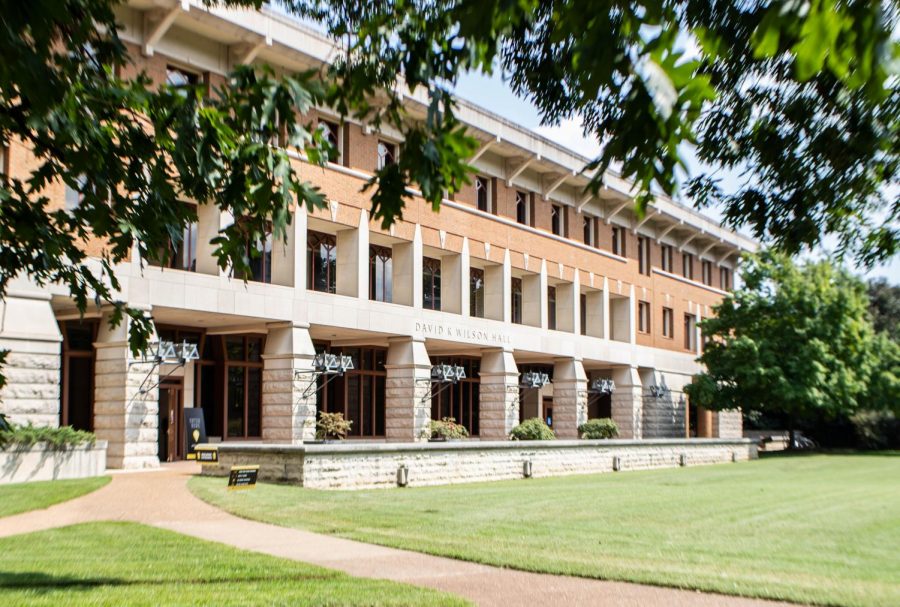 David K. Wilson Hall houses the department of psychology as well as classrooms and lecture halls for the College of Arts and Science. (Hustler Multimedia/Emery Little)

Vanderbilt’s Faculty Senate is the main point of contact with administration for faculty members, making it an important part of faculty relations on campus and inviting debate over its effectiveness.

The Faculty Senate is, according to its website, a consultative organization meant to embody the university’s “shared governance” model emphasizing the dissemination of information and involvement in decision-making processes on campus.

Sixty senators—apportioned according to the faculty population of each of Vanderbilt’s schools—each serving 3 one-year terms and the 11 deans of each school comprise the voting portion of the Faculty Senate. Other members of administration, including the chancellor and vice chancellors, reserve spots as ex officio members. Senators operate formally through eight different standing committees encompassing aspects of university affairs ranging from the academic freedom of faculty to diversity, equity and inclusion, per its website.

The full Senate and each of the committees meet monthly to address charges and propose motions. Informally, the Executive Committee of the Senate meets regularly with administration to discuss issues and concerns within the faculty and university community.

Some charges and motions discussed in the past year included looking at the apportionment of the Senate, revisions to the faculty grievance policy and the formation of a task force on administrative effectiveness, according to executive chair of the Faculty Senate Dr. Catherine McTamaney.

“Just about any aspect of life on campus, there will be somebody inside of the Faculty Senate who is thinking about those things, too,” McTamaney said.

This year, the Faculty Senate has been involved in the immediate response to and planning for students’ return to campus in wake of COVID-19, serving as the main point of resource and information dispersal for faculty over the summer, including accommodation requests and return to campus acknowledgements. In addition, six town halls were held to discuss return to campus plans.

Past attempts at faculty unionization have failed, making the Senate Vanderbilt’s official representative body of faculty, and opinions as to how well it functions as such vary.  Following the latest failed attempt at unionization—specifically for non-tenure track faculty—in 2018, the Senate was made more accessible to all faculty in teaching awards and advocacy in an effort to further bridge the gap felt between faculty and administration.

Dr. Amy Cooter, senior lecturer in sociology, was involved in the aforementioned efforts in 2018.

“It was our experience that Vanderbilt fought us at every step,” Cooter said. “They paid a lot of money to bring in a law firm with an overt union-busting reputation and ended up doing a lot of things to stall the process. Though, it still was a positive thing. It did increase some communication, it did improve some circumstances, but there is a long way to go.”

Cooter also mentioned disappointment among faculty who felt the Senate and administration were not being as responsive as they would have liked to their concerns about COVID-19 management. In addition, they were dissatisfied with the obstacles in gaining approval to teach remotely.

“Honestly, from some conversations I was part of this summer, not just from non-tenure track faculty, but from the bulk of the school, seemed to indicate that a lot more people retrospectively wished that they had been involved in those unionization efforts. So that there was greater security and that there was a greater space, without retribution, for more faculty to engage, and maybe even push back, against administration,” Cooter said.

According to Cooter, those who don’t believe the Faculty Senate is an adequate substitute for unionization are primarily disappointed with its lack of decision-making power and seeming disregard for issues that unions would usually address such as guaranteed wage increases on par with inflation or child-care leave policies.

McTamaney said that the Faculty Senate recognizes that its efforts often go unnoticed or make too small of an impact for some.

Cooter also commented on the weaknesses of the Faculty Senate in regard to faculty advocacy on campus.

“I personally know many faculty from across all schools who are terrified to speak up when they see problems. They are afraid of retribution not only from immediate supervisors but all the way up. And I think that there are some administration figures who genuinely would have their feelings hurt by that. I think they really do try to make it a place where people can speak out, but I don’t think that it’s always effective in practice,” Cooter said.

McTamaney also expressed the collaborative nature of Vanderbilt’s faculty-administration relations but had a different view of its effectiveness.

“I would argue that, culturally at Vanderbilt, there are few people who really can say absolutely yes or no,” McTamaney said. “This is a pretty collaborative space. These are things that can sometimes seem, because they’re not immediately visible, like the culture is different than it is, but the Senate’s not an adversarial place. It’s a place for advocacy and amplification of faculty voices.”