With the 2020 presidential election fast approaching, many younger liberals are deciding not to vote on the grounds that Democratic candidate Joe Biden’s policies are not much better than incumbent Donald Trump’s, yet our political system isn’t completely a bust. 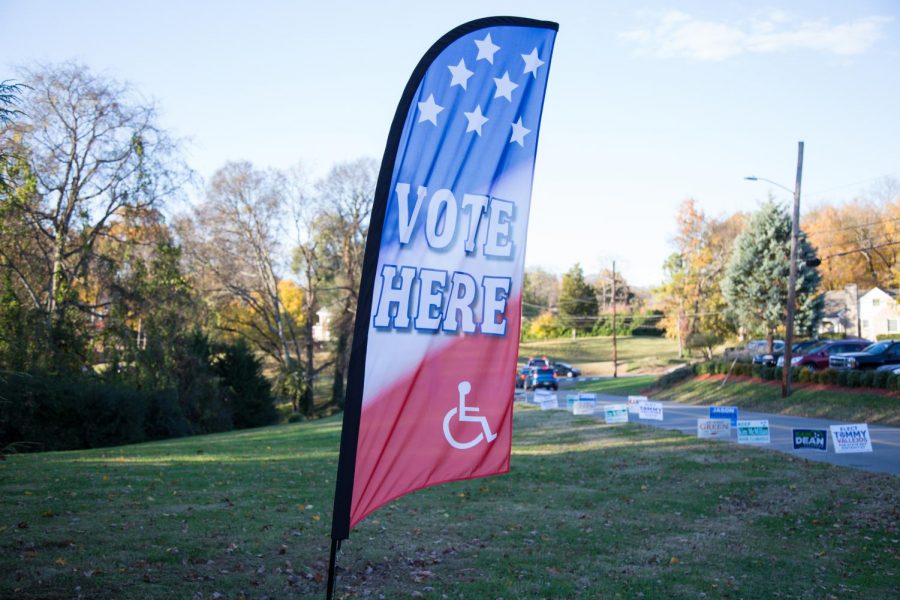 Our political system is broken. In the months leading up to the last presidential election, polls showed that both Hillary Clinton and Donald Trump were more disliked than any other nominee of their respective parties in the last ten elections. A lot has changed since then, but the common denominator between the 2016 and 2020 elections is this: people feel the need to vote for “the lesser of two evils” rather than candidates they are actually passionate and excited about. We can see this phenomenon in the cries to “Settle for Biden!”, and in the emergence of groups like Gen Z GOP at Georgetown University. Both political parties have largely failed to speak to our generation.

And yet, in the coming years, young voters will become a deciding factor in many elections. The 2018 midterms saw almost twice the turnout of people our age than the previous midterms had. Earlier this month, the defeat of Joe Kennedy in the Massachusetts primary to Ed Markey spoke to the importance of appealing to young voters.

Your decision to vote extends beyond personal preference. To the progressives who have cited morality as a reason to not vote, I urge you to open your eyes to what is at stake for this election. The issues you would hang your morals on, including the high incarceration rates led by vice-presidential candidate Harris, could be perpetuated by another term with Trump in office. The primary elections this past year have shown that there is anything but widespread enthusiasm for Biden’s campaign among people our age, but a decision to stay home, throw away your vote and bask in your “morals” on election day will be nothing short of a vote for Trump.

Our current president has done nothing but fan the flames of hatred, bigotry and ignorance. He has blatantly lied to the public and been impeached; his administration has demonstrated a disregard for the environment. He has even filed a legal brief to nullify the Affordable Care Act which would have thrown 20 million Americans off healthcare in the middle of a global pandemic. His response to coronavirus has landed the United States 6.5 million cases and almost 200,000 deaths from COVID-19, and we are still grappling with the pandemic. But if preserving your morals is important enough to concede another four years of this, then so be it.

A vote for Biden also doesn’t immediately spell disaster. Despite the politics of his running mate Kamala Harris, Biden hopes to introduce policies to shift state focus from incarceration to prevention. He also aims to employ a student loan forgiveness plan, which would eliminate almost a third of the country’s outstanding student loan debt, and he recently announced his plans for a $2 trillion climate plan. Biden may not be the candidate you were hoping for, but it is undeniable that he has promising plans for his potential term in office.

With the election of a Democratic candidate also comes the possibility of more left-leaning presidential appointments. These appointments include Executive Office positions, cabinet secretaries and Supreme Court justice nominations, all of which must be approved by Congress. The Supreme Court nominations hold incredible importance, as this court has made many landmark decisions impacting social justice in this country. A Democrat in the presidential office increases the likelihood of the appointment of a more liberal Supreme Court judge. If you in any way care for more left-leaning policies, you should consider what would likely be accomplished with a majority liberal Supreme Court.

Some of the draw away from voting in large elections is noticing the amount of political work that can be done outside of the polls. In light of the Black Lives Matter movement that sparked in early June and carried social change for months after, it has become apparent that the president and other electees are not essential for solving local issues. Even in spite of this can-do attitude, federal legislation still affects all local municipalities, regardless of what any individual state or city wants.

There is an incredible importance in engaging with your community on the micro-level, but there are some issues that cannot be picketed or lobbied into submission. Issues such as abortion, the environment and immigration rely on Supreme Court decisions—and thus on your vote.
In short, your vote has incredible power, because the votes of our elected officials have incredible power themselves.
Many demographics have only recently been enfranchised both in the Constitution and in society, while others still have to jump through extraneous hoops to have their voices heard. Voter suppression is one of the greatest barriers to participating in U.S. elections. Most states require voters to register a certain number of days before an election, as is the case in New York, and others disenfranchise current and former felons. Low-income neighborhoods often lack access to convenient polling locations. Even the fact that Election Day has no federal legislation allowing workers to take the day off has elements of voter suppression; for some people, it is fiscally unreasonable to take a day off during the workweek. Students attending out-of-state universities are often not equipped with the knowledge on how or where to register. In light of COVID-19 and the turn to mail-in voting, there is even more uncertainty surrounding how to ensure your vote will be counted.

By design, these methods of voter suppression impede certain race and class demographics from getting involved in politics. Moreover, it can feel pointless to vote for representatives who historically have never truly been representative of you or your personal beliefs; over the past 200 years, the race, gender and sexuality demographics of our presidents have in no way aligned themselves with the actual demographics of Americans. While it is understandable to feel defeated by these realities, they should be used more as a vehicle for empowerment. If you can take notice of this glaring imbalance of voices in our political system, it is important that, as an individual who may be unaffected by these barriers, you continue to exercise the power and privilege you still hold.

We cannot deny the facts of our country’s flaws, but voting is not the sinister deal of “buying into a corrupt system” many people make it out to be. Instead, it’s making change wherever you can. You can, and should, participate in politics outside of Election Day. Working to aid your homeless community and contributing to your local mutual aid fund are two great places to start. Your civic duty does not begin or end with voting in November, but it should include the practice.