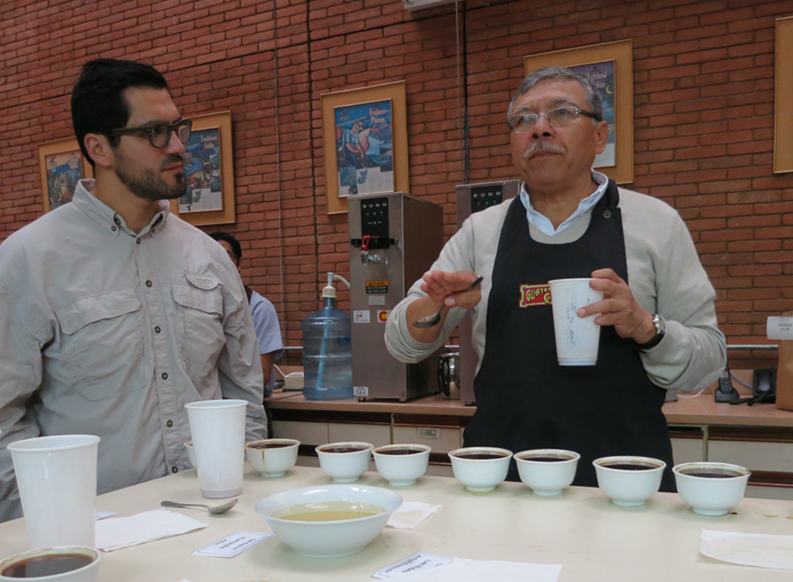 On Sept. 17, the Social Innovation Practice Area of the Wond’ry and the Robert Penn Warren Center for the Humanities will launch the Coffee Equity Lab and Scholarship of Everyday Life.

The Coffee Equity Lab will host a public three-part speaker series with coffee scholars about the industry, from its origins across the world to modern issues like social justice. Twelve students who were accepted into the Warren Center’s Scholarship of Everyday Life will also have the chance to participate in a three-part experiential coffee workshop.

That workshop will involve coffee tastings, brewings and other sensory activities. At the end of the workshop, students will design their own semester-long project to advance their knowledge about the coffee industry, according to Leader of the Social Innovation Practice Area of the Wond’ry Hanes Motsinger.

“Coffee’s got ties to the sciences, biogenetic engineering, history, philosophy, imperialism, racial justice, social justice and climate change—it was natural for us to create a project about it,” Associate Director of the Warren Center Elizabeth Meadows said. “Especially since Vanderbilt has one of the world’s leading resources in coffee.”

Cornelius Vanderbilt Professor of Anthropology and Director of the Center for Latin American Studies Ted Fischer is the founder of the Vanderbilt Institute for Coffee Studies. According to Fischer, in collaboration with Cal Turner Professor of Moral Leadership Bart Victor, he has performed research about the cultural context surrounding coffee’s origins for more than ten years. The Coffee Equity Lab has scheduled him to be its first guest in the speaker series.

“One of the things I’m really going to stress in this series is that in the coffee world, people talk about discovering quality,” Fischer said. “But in reality, we define what it is. It’s important to realize that there isn’t this objective quality out there in the world that we can go and discover.”

According to Fischer, rather than looking at the monetary value of a cup of coffee, he hopes students can find the symbolic value it possesses from its origins across the world.

Phyllis Johnson is the president and co-founder of BD Imports, a social enterprise focused on responsible sourcing of specialty coffees. According to the International Women’s Coffee Alliance, her work in social responsibility has promoted the practice of allyship within the coffee industry, and she will also be a guest in the speaker series.

“You stop, you pick up [a cup of coffee] and you keep going. It gives you what you need—but I think to use coffee, something so simple and necessary, for students to understand the complexity that’s built into it, whether it’s racism, sexism or some untold history, is something quite meaningful,” Johnson said.

Meadows expressed hope that this new program will be a successful first experience for students in the College of Arts & Science (A&S). Motsinger added that partnering with the Warren Center was a natural decision, as both groups struck a chord with the idea of studying coffee together.

“We’ve also had a lot of industry interest, which I’m personally really excited about,” Motsinger said.

Crema, Coffee Roasters, a local coffee shop in Nashville, will host the third part of the experiential workshop for the 12 students in the Scholarship of Everyday Life. According to Crema’s Coffee Education Leader Tom Valentine, the virtual class will entail a step-by-step walkthrough of the Chemex brewing process and an examination of a coffee shop’s side in the coffee trade.

Valentine also said that Crema’s Coffee Education and Events Lab has plans to provide the public with one-on-one and other small-group classes when the city moves past Phase 2 in its Roadmap for Reopening Nashville.

“Because of the pandemic, we were limited with the number of students we could accept [in the Scholarship of Everyday Life], but the goal is that in future years, these workshops will be open to anybody,” Motsinger said.

According to Brown, she became interested in coffee research while taking Fischer’s class about coffee science, technology and sustainability.

“Just through taking that class, my eyes were opened to how little I knew about coffee, even though I drink it every day,” Brown said. “I was incredibly intrigued to apply to the program.”

Wang said that her interest in coffee grew after spending a spring break in Guatemala with Manna Project International Vanderbilt, where she and a group of students received hands-on experience with the coffee-making process.

“I’m studying human and organizational development and computer science, so I’m kind of supposed to go into a tech company and do software engineering,” Wang said. “But if I don’t have any financial pressure in the future, I want to be a coffee curator, working with Manna to help the farmers in Guatemala. For now, I’m not really considering it, but it’s kind of a dream.”

Meadows said that the goal for this year’s programming is for students like Brown and Wang to develop a new perspective about coffee and be able to make the industry more sustainable and equitable one day.

“I just think that it’s incredible that this effort is emerging on campus where students can come, have real professional experiences and make meaningful contributions to an industry that’s really trying to figure out how to achieve sustainability socially, economically and environmentally,” Motsinger said. “Building that bridge between Vanderbilt and a broad global community is just going to be really exciting for students, faculty and our industry partners.”