Resulting from a VSG initiative, Vanderbilt students, faculty and staff who use Apple products now can access their Commodore Card remotely via Apple Wallet. 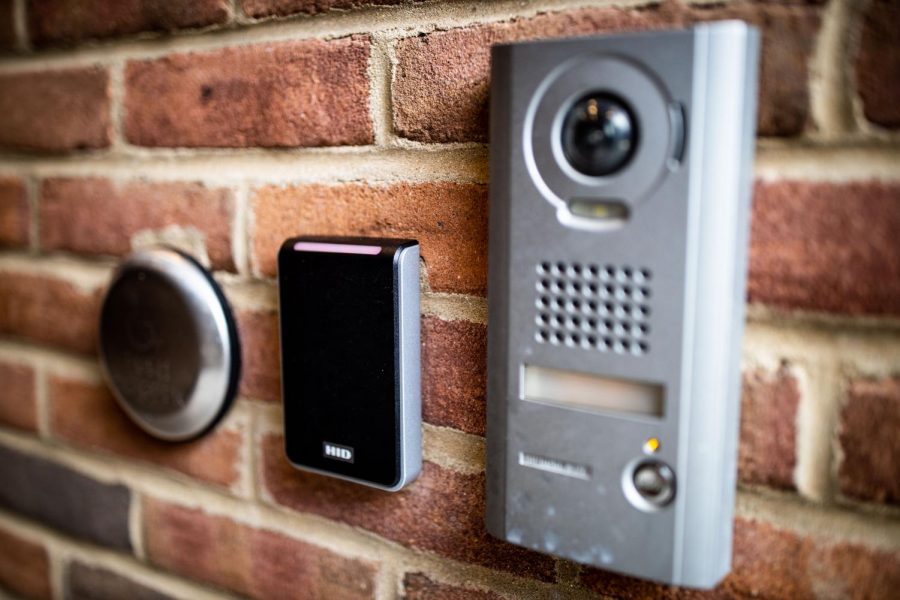 A two-year project by Vanderbilt Student Government (VSG) came to fruition this past week with mobile Commodore Cards being made accessible to the Vanderbilt community via Apple Wallet.

According to an email sent by VSG to the Vanderbilt community on Wednesday, Sept. 9, students, faculty and staff with iPhone generation 6 and newer and/or Apple Watch Series 1 and newer can add their Commodore Card to Apple Wallet via the GET app.

VSG President Veer Shah and Student Services Committee Chair Ameer Haider began working on this project during the 2018-2019 school year after being inspired by other universities taking the step.

“There is no reason why Vanderbilt shouldn’t be keeping up with its peer institutions with this initiative,” Haider said.

In fact, Vanderbilt’s approximate one-year delay in implementing this change may have worked in its favor, according to Card Services Director Mark Brown. Brown worked closely with Shah and Haider to make digital Commodore Cards possible.

“This was something that we knew that we wanted to do a long time ago,” Brown said. “We gained a lot by waiting to see how other schools were rolling it out.”

Shah and Haider worked with the Vanderbilt University Police Department (VUPD) and the Office of Housing and Residential Education (OHARE) to ensure safety. Safety measures include deactivation of the physical card use at residence halls and Campus Dining after the mobile version was enabled, according to Brown.

However, some services are still not accessible via Apple Wallet, including vending machines, package-pickup at mail services and Nashville Metropolitan Transit Authority (MTA) rides. Also, certain majors, such as nursing and other majors requiring clinical studies, require photo identification display, per Brown.

“The plastic card is not quite dead, but its use has been substantially reduced,” Brown said.

Additionally, as outlined by the Card Services website, the DUO Mobile app also plays a role in security, providing dual-authentication for all users. The pair also connected with Campus Dining to revisit contracts with Taste of Nashville partners to accommodate this new feature.

Shah explained that the COVID-19 pandemic progressed the initiative as constructors could enter buildings with low student volume to update and replace card readers in preparation for the move to mobile Commodore Cards. According to Shah, this campus update aligns with the sudden necessity for heightened health measures and increased contactless interactions due to COVID-19.

First-year Apple user Henoc Zinga expressed excitement about not having to worry as much about a physical card. He also stated that the program eliminates the need to buy a phone wallet, lanyard or other keepsake mechanisms usually needed for the traditional card.

Shah and Haider state that they are already in communication with Google about also offering this service via Google Pay, so that all students can have equal access to the digital Commodore card.

“I’m confident that it will get done, I want to say this semester,” Haider said. “The rate-limiting factors are our conversations between our card services vendor, administration, of course, and Google.”

Justin Munoz, a first-year and Android user, voiced his excitement about different ways to use the Commodore Card and Commodore Cash, highlighting both the digital card and Campus Dining’s recent partnership with GrubHub. He said that even though he cannot access the digital card now, he was excited about the idea of being able to use it in the future.

“I would definitely love to have the feature, and I’m excited for when it comes out,” Munoz said.

Following the program’s pilot on Tuesday, Sept. 8, Brown said that he was impressed by the mass of students, mainly undergraduates, who had already taken advantage of the program. He expressed hope to see more activation from graduate and professional students in the coming days.

Shah and Haider also revealed that VSG is looking to partner with Lyft this year to enable use of Commodore Cash for rides. They explained that students receiving financial aid towards their Commodore Cash amounts would avoid paying out of pocket for these expenses. Haider added that the increased number of students living off-campus as a result of COVID-19 would drastically improve their access to transportation.

This initiative was a part of Shah and Vice President Shun Ahmed’s campaign platform last year. Per Shah, the success of the digital Commodore Card reflects VSG’s reliability and dedication to making Vanderbilt’s campus accessible and user-friendly.

“Some of the most accessible VSG initiatives are when we think of issues or hear student concerns, sit down and think about the best way to start changing things,” Shah said.