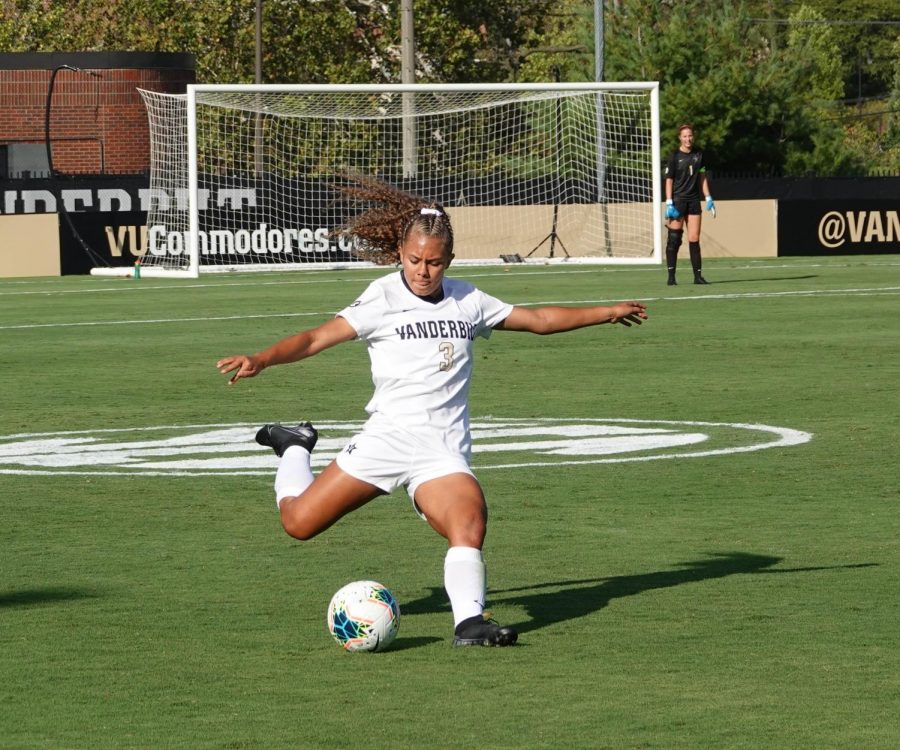 The Southeastern Conference on Thursday announced new start dates and scheduling changes to its soccer, cross country and volleyball seasons amidst the COVID-19 pandemic. Vanderbilt’s soccer and cross country teams are now slated to start their seasons on Sept. 18 and Sept. 11, respectively.

On June 14, the conference postponed the start of soccer, cross country and volleyball until at least Aug. 31, but did not provide specifics on what the season would look like. Thursday’s announcement outlined the dates of the seasons but did not release a schedule of opponents for each member institution.

The SEC soccer season will be shortened to just eight matches of conference-only competition, spanning eight weeks from Sept. 18 to Nov. 8. Last season, the Commodores played a total of 20 matches from Aug. 11 to Oct. 31, including two exhibitions, prior to postseason play.

The abbreviated, eight-match soccer season will require that each team plays one match per week on either Friday, Saturday or Sunday. The schedule, which has not yet been released, will include six divisional opponents and two cross-divisional SEC opponents. Vanderbilt’s season will conclude in Orange Beach, Alabama at the SEC Championship, where all 14 member institutions will be invited to play a minimum of two tournament matches prior to elimination.

SEC soccer teams will also have the opportunity to participate in spring competition, as the NCAA opted to move fall sports championships to an unspecified date in the spring.

The SEC cross country season will last eight weeks from Sept. 11 to Oct. 23, but schools may not compete in consecutive weeks. Unlike other fall sports, since each institution schedules its own meets, cross country teams may compete against nonconference opponents.

Both golf and tennis participate largely in spring competition, with a smaller number of fall tournaments. This year, in addition to spring competition, tennis and golf programs may participate in up to three fall competitions which may start no earlier than Oct. 1. Baseball, on the other hand, may continue to practice and compete in intrasquad scrimmages throughout the fall; however,  they are no longer permitted to play fall exhibition games like they did against Michigan in Nov. 2019.