After hotline reports of non-compliant gatherings, administration reminded students residing off-campus of policies, consequences. The Hustler will update this list of notices regarding non-compliance with health and safety measures as soon as we can. 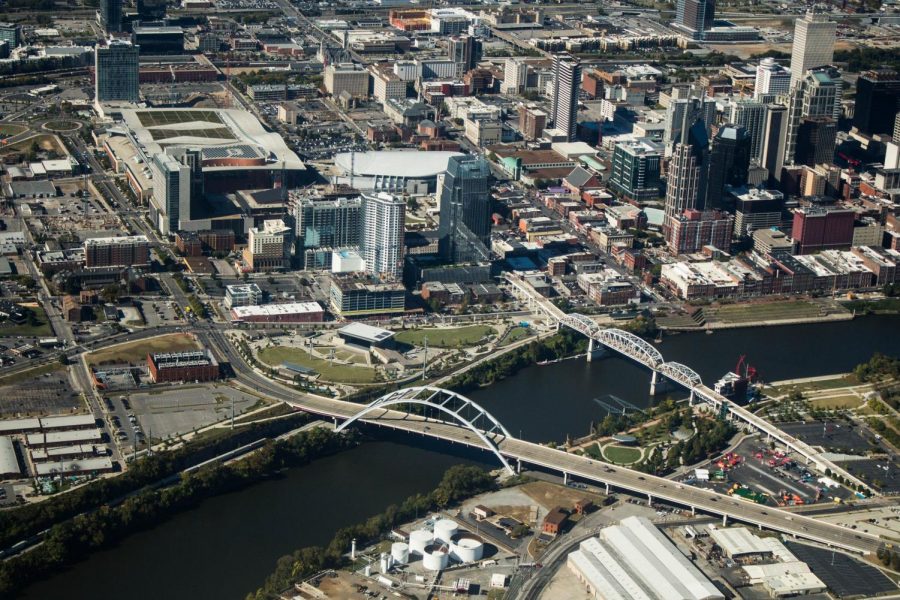 Whether living on campus or off-campus, Vanderbilt will notify students of instances of non-compliance within the Nashville city limits, as seen from above here. (Hustler Multimedia/Emily Gonçalves)

The Hustler will update this article as more incident reports are filed and sent to students. If you have received a notice from the university, please email News Editor Jessica Barker at [email protected].

Since Aug. 19, the university has notified students residing in various off-campus apartment buildings of reports of non-compliant gatherings through the Public Health Hotline.

Students living in Elliston 23 and The Artisan on 18th received an email notification in response to health violations reported to the Public Health Hotline, while students residing in Twenty & Grand, Apollo Midtown and other apartment buildings received emails that only cited partnerships formed to investigate potential future violations.

On Aug. 19, residents of Elliston 23 (E23) at 2312 Elliston Place and The Artisan on 18th at 819 18th Ave S were notified via email that gatherings non-compliant with campus health and safety measures were taking place. The email, signed by Assistant Provost G.L. Black, Senior Associate Vice Chancellor August Washington and Director of Student Accountability Mary Helen Davidson stated that reports of non-compliant gatherings were made to the Public Health Hotline. The email went on to remind students that failure to abide by requirements may resolve in suspension, expulsion or criminal penalties. The Vanderbilt University Police Department (VUPD) is working with E23 and The Connor Group, which manages the property, to partner and respond to future violations.

On Aug. 21, residents of Twenty & Grand, Millennium Music Row, Kenect and ParkCentral received an email stating that the Dean of Students’ Office and VUPD will be working together to respond to any violations should they arise. While the email did not cite any specific violations reported to the Public Health Hotline, it did reiterate the consequences to the updated sanctions that Dean Bandas emailed the student body about on Aug. 19.

The Hustler has reached out to the Vanderbilt University Police Department (VUPD) for comment and will update this story with their response.