GUEST EDITORIAL: How Abolish Greek Life gets it wrong

I cannot support the movement to abolish Greek life in its current iteration with a clear conscience. 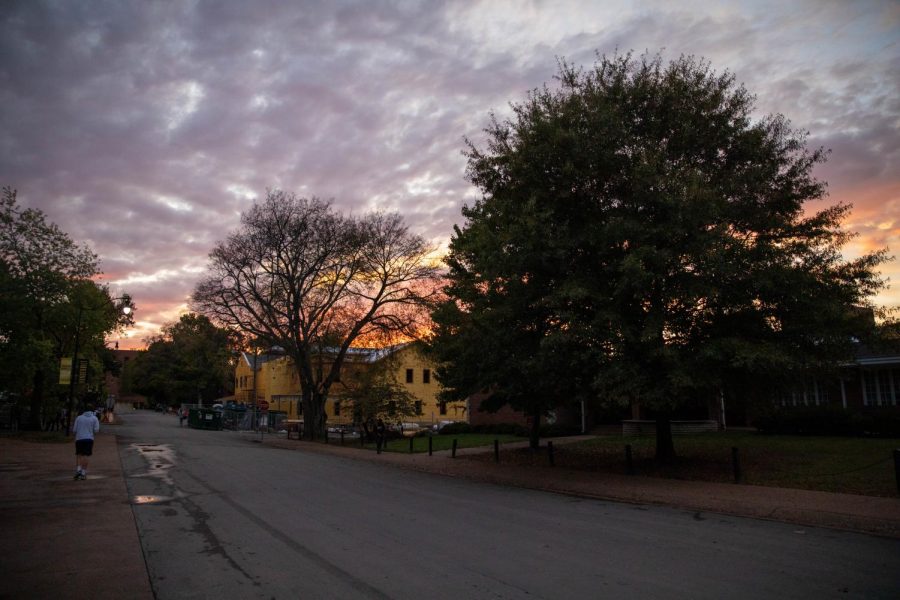 The fraternities and sororities on Greek Row have immense problems, but these organizations—and the people within them—are not irredeemable. (Emily Gonçalves/Hustler Multimedia)

One of the biggest problems with Greek life, as identified in a July 19 Hustler guest editorial, is the “superiority complex that exists in certain sororities and fraternities that ranks different organizations” as “superior” and “inferior.” I agree wholeheartedly—no one should be made to feel less-than for hanging out with people who make them feel comfortable and accepted.

More importantly, the editorial also correctly points out that many chapters have immense problems with “racism, classism and exclusion.” Worse yet, all it takes is a cursory glance at the testimonies on the @abolishvandyifcandpanhellenic Instagram page to understand the horrific prevalence of sexual assault at Greek events.

Accordingly, I am sympathetic to many of the motives behind the Abolish Greek Life (AGL) movement. I am likewise glad to see members and graduates of our campus’ most egregious IFC and Panhellenic chapters either drop or renounce their affiliations—I just wish they had done so sooner, since these problems are not new by any stretch of the imagination.

Nevertheless, I fear that the AGL movement has abandoned its noble intentions and transformed itself into a force of division, animosity and fear. As a result, I cannot support the movement to abolish Greek life in its current iteration with a clear conscience.

One of the most significant problems with AGL is that it approaches activism through a misguided lens: namely, that every single Greek organization is irredeemably and irrefutably “based on deliberate exclusion, where organizations build what they see as a favorable image—white, able-bodied and straight.”

Despite Greek life’s obvious problems—problems that are far too common across the rest of our campus and our society as well—I suspect that such a gross generalization does not present the whole picture.

In fact, I know it does not present the whole picture.

Before I came to Vanderbilt, I did not intend to join Greek life. In fact, I actively avoided the prospect. My parents would inundate me with stories about their time in Greek life and I had little regard, if not open disdain, for the sort of college experience they described.

To me, it all sounded awfully exclusive. College is supposed to be about meeting new people and having new experiences to expand your worldview. I wondered, how could this happen if I only associate with people who look, act and think like me?

My parents understood my concerns. They only requested that I keep an open mind for all experiences, including the possibility of Greek life.

After a period of refusal, I decided to honor their request and half-heartedly rush.

At first, most of what I saw confirmed my initial suspicions. I encountered students at rush events who only wanted to talk about drinking, sex and sports (not my forte), and I felt wholly out of place. Moreover, as someone who wanted to use college to explore his various identities—religious, political, cultural, sexual and otherwise—and also find a community in which he could discuss his struggles with mental health and eating disorders, it was apparent to me that such opportunities would not come through Greek life.

I almost gave up hope. I called my parents and told them I would never join Greek life.

After some time, however, everything changed. A persistent friend brought me to a rush event at my current fraternity, and I was shocked by how radically different their environment was from everything else I had seen.

Instead of only talking about alcohol and sex, we talked about politics and religion. A brother from India told me about his experiences with the caste system and its lingering implications, and a brother from Chile taught me about liberation theology. Here, there was no “mold” or “type”—gay and bisexual brothers talked about their sexuality with absolute comfort, and I met brothers of all races, ethnicities and backgrounds. Furthermore, I quickly met brothers with whom I had candid conversations about mental health, something I had yet to find in any other campus organization, Greek or otherwise.

I was astonished. I left the rush event and once again called my parents, but this time, our call was different. I told them I finally knew where I wanted to be.

This is how I know AGL is wrong to characterize every Greek chapter as irredeemable. My fraternity might not be perfect, but it’s a far cry from the image of abject depravity that AGL projects.

I am not naïve. I know many people’s experiences in Greek life do not look like mine, and I know that my story of acceptance, diversity, inclusion and love does not exempt Greek life as a whole from the scrutiny it deserves. Likewise, I know that some people join Greek life not to experience what I have, but rather to experience a movie-stereotype Greek social culture that emphasizes casual sex, drinking and partying.

Still, it remains true that abolishing Greek life means abolishing the organization that afforded me the acceptance and sensitivity that I struggled to find anywhere else.

I am not the only person who knows that Greek life can be a force for good when its members make an effort to do so. It only seems like my position is unpopular because AGL silences those who call for reform with statements like “you are perpetuating white supremacy” and “white people at Vanderbilt are some of the worst, elitist folks you’ll ever come across. They take up so much space.”

This extreme and generalizing rhetoric is not only false—it’s counterproductive. We will never fix our legitimate problems if we continue to respond to well-intentioned fraternity and sorority members who present tangible suggestions for reform with such repugnant accusations. In fact, we might make them worse.

To understand my worry, consider the “Vanderbilt of the North”: a ban on Greek life at Harvard only left their campus with homogenous “cultural interest” groups and the notorious “finals clubs,” and in many instances, these organizations became more toxic spaces than even the worst Greek organization at Vanderbilt.

Princeton faces a similar situation. Although the university has a “longstanding policy of withholding official recognition” from Greek organizations and, as of 2012, suspends both first-year students who attend “any activity sponsored by a fraternity or sorority” and the older students who invite them, Princeton’s community still grapples with unofficial “Greek” organizations that maintain rigid racial and socioeconomic divisions.

Despite the pure intentions of anti-Greek life activists at these institutions, the abolition of Greek life accomplished none of its goals. Due in no small part to the prevalence of unregulated social clubs, as of 2019, one-third of Harvard students reported feeling “a little” or “not at all” connected to their campus community. Likewise, rates of sexual assault at both Harvard and Princeton remain unchanged from years prior to the bans. It thus seems that the AGL movements at these institutions did nothing more than provide their supporters with the symbolic opportunity to absolve themselves of responsibility for horrifying campus phenomena, which can now metastasize “out of sight and out of mind.”

Alarmingly, our AGL movement neglects this concern. In fact, the inaugural post on the AGL Instagram page quoted an article that seems to attribute Princeton’s inequities to some sort of official Greek system, despite the reality that no such system exists. Instead, Princeton’s unregulated, unaccountable and unacceptable off-campus “Greek” system is to blame—and it is a direct result of the very policies that AGL seeks to implement here.

These cases show that it takes much more than merely abolishing Greek life to achieve real progress. Exclusivity, racism and sexual assault will not go away until each and every student, faculty member and administrator makes a conscious effort to fight them. No single action will make that happen; rather, we need to devote ourselves to a series of actions that, together, might heal the hateful attitudes and selfish tendencies that lead to these problems in the first place.

Our current moment can be one of tremendous hope if we want it to be. With discussions of racism and sexual assault in the open like never before, we have an opportunity to hold each other accountable and affect real change. Unfortunately, much of AGL’s discourse has made our moment one of tremendous fear. When I hear stories of fraternity and sorority members of color who choose not to drop being called “race traitors” by their peers, or being lectured about systemic racism by white students with only an Instagram-level understanding of their actual experiences, it is obvious to me that fear—not hope—is the driving force behind what we now see.
Greek letters have no set meaning. They can mean whatever we want them to mean, and we must do everything we can to make them mean something worthy of pride.
This means stripping Greek life of its worst qualities: the notion of “tiers,” the destructive sorority rush process and the obsession with sexual activity are great places to start. It also means expanding Greek life’s best qualities, such as philanthropic initiatives, community service, mental health support networks and meaningful activities for students who might otherwise have nothing in common. While many assume the system itself inherently prioritizes the former over the latter, we have no reason to simply throw up our hands and admit defeat. After all, what is Greek life, if not a collection of the individuals who decide to make it what it is?

AGL could acknowledge the possibility of change and pursue these tangible goals; however, the movement regularly chooses alienation over conversation. It would rather issue blanket statements that attack the fundamental moral character of Greek members en masse than hold open conversations about how inclusivity and acceptance can become the norm across campus.

This is no way to improve our campus. We must instead uplift those who devote themselves to positive change—Greek or otherwise—as examples to emulate. There may be no easy solutions to the problems we face, but I believe in my heart of hearts that we can do it.