LETTER TO THE EDITOR: In response to Schulman, Drop. (out of writing for The Hustler.)

Dropping Greek Life doesn’t mean you dropped your misogyny, and you need to evaluate your role in rape culture. 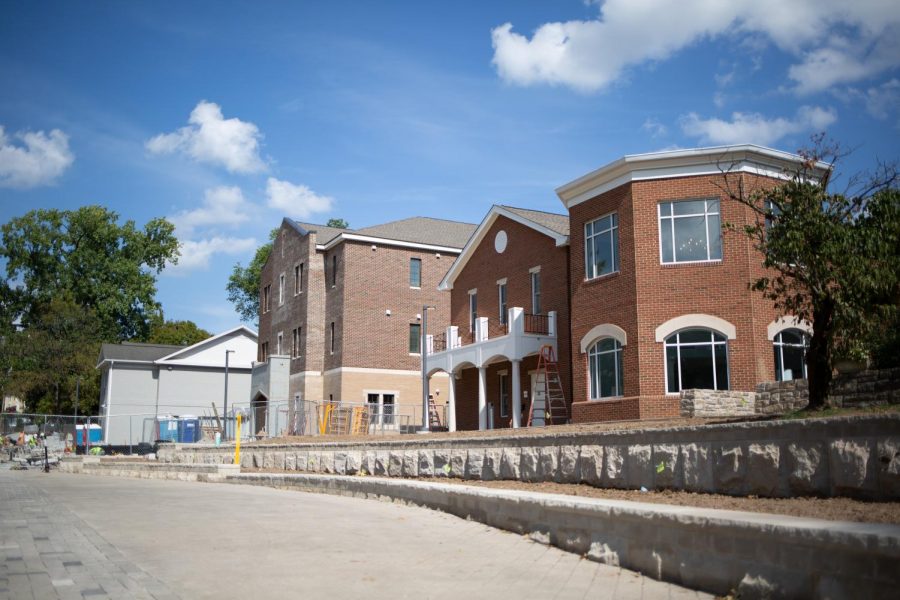 The new NPHC house will be the largest on Greek row, pictured here behind the recently completed Zeta Tau Alpha house. (Photo by Hunter Long)

I am writing an open letter to encourage your resignation from The Hustler staff on the heels of your latest article. Despite your seemingly best efforts to reform yourself and break your cognitive dissonance, it’s not enough. You still hold sexist, degrading opinions that you need to abolish.

You say you were the Diversity & Inclusion Chair for your fraternity, and through this position, “worked with the Women’s Center and other diversity organizations to lead in-chapter discussions about rape culture, misogyny and racial/economic exclusivity in fraternities.” I have some questions for you about these discussions. Did you actually talk to any women? Any victims of rape? Any victims of rape by the hands of a drunk man?

I am all three of these. I am a woman who was raped by a drunk man, and I am disgusted with you. You are perpetuating rape culture by your statements. Please listen.

Let’s get one thing straight before we begin. Rape is not a type of sex. Rape is objectification. Rape is a show of power that you can use a living, breathing person as your sexual gratification without their consent. Rape is a disregard for the rights and autonomy of another person. Rape is is the treatment of a person as only being a body for exploitation, not a human being with a mind and soul. It is one of the many forms of sexual violence, which is an umbrella term for any violent or coercive sexual act.

In contrast, sex only involves consenting, active and enthusiastic participants. Sex requires clear communication that all parties consent. If you find yourself disagreeing with this statement, then you need to seriously evaluate your prior sexual experiences, because you might be a rapist too.

In your article, you say: “The drinking culture within fraternities—beer pong before the party, mixed drinks during—increases the probability that fraternity men are severely intoxicated during sexual interactions. Combine the aforementioned gender dynamic with the increased impulsiveness and reduced decision-making abilities of a brain flooded with alcohol, and you have an environment ripe for sexual abuse. Worse still, the alcohol-induced judgment inhibition that can cause men to make violent sexual advances also makes women less able to resist sexual violence.”

Let’s be real with this paragraph. It functionally makes the argument that men become rapists when they get drunk. This is not true. Yes, drinking reduces inhibitions and impairs decision making. However, if you lose the mental fortitude that was previously stopping you from raping a person when you get drunk, it’s not because of the alcohol. It’s because of your own fucked-up vision of sex.

Blaming alcohol for rape is rape culture. Don’t think I forgot your thinly-veiled attempt to victim blame with “alcohol-induced judgment inhibition … makes women less able to resist sexual violence.” Let’s get this straight: it is not the responsibility of persons who are at risk for sexual victimization to prevent themselves from becoming victims. It is the responsibility of every student on this campus—of every human on this earth—to ensure that anyone they are intending to have sexual relations with is comfortable, enthusiastic and consenting.

Further through your article, you state: “When you view your fraternity membership as a transaction, you feel that you must get your return on investment, whatever the cost. I knew the relative ‘body counts’ of most of my brothers, and they knew mine. The feeling that one might have a low number fuels a sexual insecurity that can only be rectified with sex—again, whatever the cost.”