Former employees of Vanderbilt athletics’ communications department were surprised to hear that their positions had been terminated. 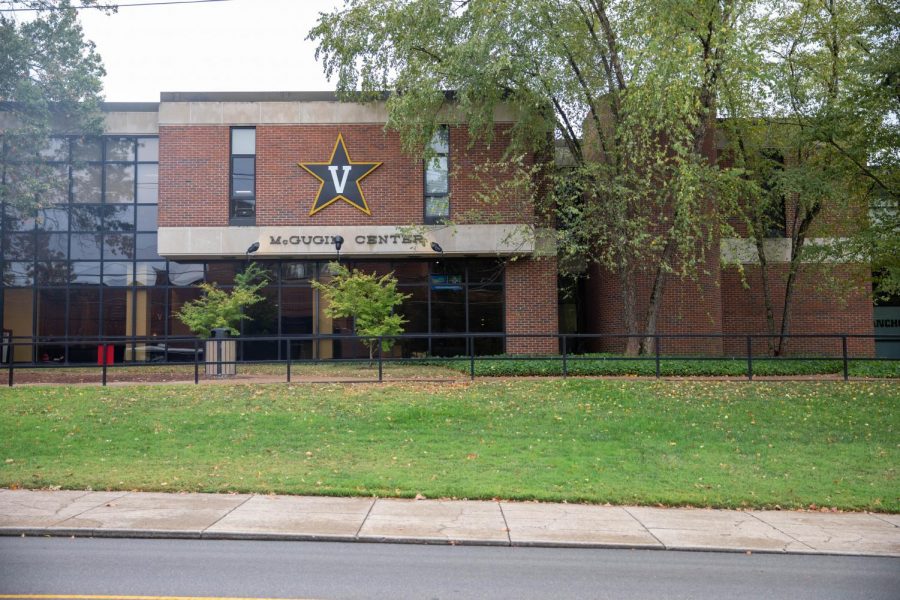 Vanderbilt athletic offices and select team facilities are located in the McGugin Center.

Vanderbilt invited members of its athletics communications department to separate Zoom meetings on July 6, where at least ten former employees were told their positions would be terminated come Sept. 4, sources told The Hustler. At least four of the former employees were instructed to return their equipment and not report to work, while at least six are being asked to work until their Sept. 4 termination.

A spokesperson for Vanderbilt athletics indicated in a statement to The Hustler on July 8 that the department was not being eliminated. Rather, the move was made in an effort to integrate athletics communications with university communications.

“We are continuously assessing and enhancing our commitment to the student-athlete experience at Vanderbilt. This includes examining and improving how we communicate about our efforts and with our Commodore supporters,” the statement said. “We are more closely integrating athletics with the university’s overall communications efforts, reflecting the importance of athletics to the university’s mission. We do not comment on personnel matters.”

On July 16, Vanderbilt Athletic Director Candice Storey Lee discussed the athletics communications department, along with locker room renovations and allegations of sexual misconduct, in her open letter, “Growing Forward,” which she says will be the first of a series of regular communications with Commodore fans.

In an email obtained by The Hustler, Lee sent a memo on July 10 to the remaining members of the athletic department addressing the change.

“I recognize that this week in particular has been difficult for many of us and our colleagues for several reasons,” the email reads.  “One of those reasons is the restructuring of communications. We didn’t ‘eliminate’ or ‘abolish’ our communications/video departments.”

Lee’s email also noted that the personnel moves were not reflective of former employees’ performance.

The news that some positions were terminated was characterized as “shocking” by former employees of the athletic department, who spoke to The Hustler under the condition of anonymity due to employment.

One former employee said the subject of their Zoom invite was titled “Updates.”

“The email didn’t say what it was about,” the former employee said. “But mine was with Alan [George, Vanderbilt’s associate athletic director for communications]. I figured we would be talking about what the week held because Alan had been on vacation the week prior, so it made sense to me that we would all catch up.”

When the former employee entered the Zoom meeting, they were surprised to hear that Michelle Towns, assistant athletic director for human resource operations, would be joining the call.

“When Michelle joined, Alan began reading what was basically an HR script,” the former employee said. “Something along the lines of how this is a sad day for Vanderbilt, and we’re sorry to inform you that your position has been eliminated. Then he explained how the position will now be held under university communications and that I have the ability to reapply for the position once it’s posted.”

“I thought I was doing a normal check-in with Alan,” another former employee told The Hustler over email. “Alan and Michelle Towns in HR were on the Zoom call. Nobody else. We all heard it on Monday morning.”

Sources confirmed that George and Towns were present in multiple meetings.

At the time of publication, at least two of the new positions have been listed online: athletics communications specialist and social media specialist, athletics. Both jobs were posted on July 8, two days after the Zoom meetings were held.

“It would have really helped if they just said some of this has to do with the fact that [Vanderbilt] may not play sports,” a third former employee told The Hustler. “At least use the global pandemic as an excuse. … If you want to restructure, you pick and choose the talent from the team that you have and you ask them if they’re willing to transfer under the university. You don’t just cut the whole staff.”

“I met [Ertel] once or twice. We were supposed to have a meeting with him on campus and our entire department walked over to Kirkland and waited in his office for probably 30 minutes. He showed with two minutes left, we shook his hand, he apologized for missing our meeting and that was it.”

Ertel did not respond to The Hustler’s request for comment.

In June, three former Vanderbilt athletics employees—administrative assistant Vicki Spina, sports psychologist Vickie Woosley and senior assistant athletic director for communications Larry Leathers—announced their retirement in a two-week span. On June 12, Leathers sent an email to credentialed media announcing that his 19-year Commodore career would come to a close after receiving a buyout offer that would let him retire. The Hustler was unable to confirm that Spina and Woosley, employees since 1994 and 2006, respectively, received the same buyout.

“I definitely didn’t see this coming even after [Spina, Woosley and Leathers] retired,” a former employee said. “But they had sent all of us an email in probably mid-April that said there was a retirement option. Well, it was an option that was basically targeting folks in the retirement age. It was a great deal for them and we all got the option, but it didn’t make sense for any other employees.”