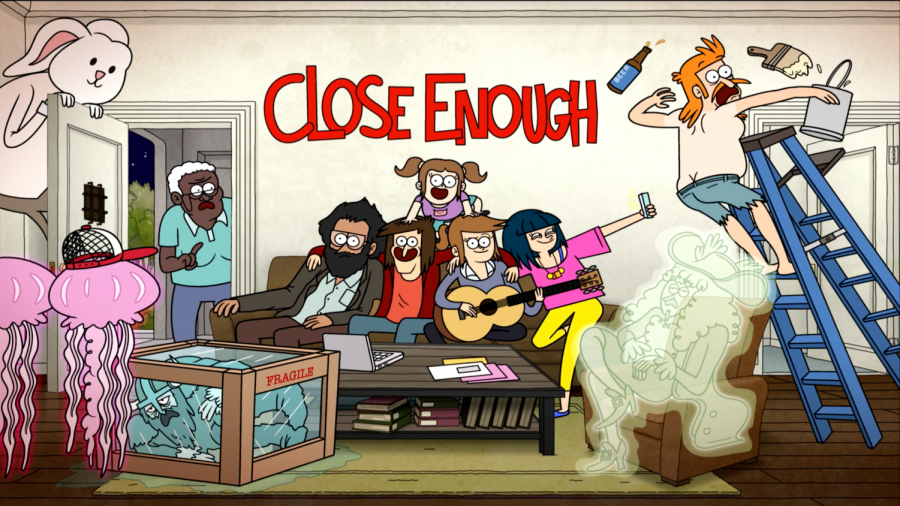 When longtime Cartoon Network staples “Regular Show” and “Adventure Time” entered their twilight years, many fans of animation preached that the fabled cartoon renaissance was finally coming to an end. However, these naysayers failed to realize that the two fan-favorite series were only the first in a long line of great animated shows to sprout from a common ancestor—2008’s fantastically unusual series “The Marvelous Misadventures of Flapjack.” This family of shows would later become known as the “Flapjack family” of 2010s-era cartoons.

At its current stage, the “Flapjack family” includes no less than 23 beloved animated series that have all stemmed from founding fathers Pendleton Ward of “Adventure Time,” Alex Hirsch of “Gravity Falls” and J.G. Quintel of “Regular Show,” who worked together on “Flapjack.” Ward recently strutted back into the spotlight with “The Midnight Gospel,” and Hirsch continues to work on multiple current Disney Channel series.

On July 9, founding father Quintel finally stepped up to the plate once again with the release of HBO Max exclusive series “Close Enough.”

The new sitcom-adjacent series follows the day-to-day lives of young married couple Emily (voiced by Gabrielle Walsh) and Josh (voiced by Quintel), who live in an overcrowded apartment with their 5-year-old daughter Candice, Josh’s high school friend Alex and Alex’s ex-wife Bridgette. Each episode starts with a seemingly tame plotline—such as Josh volunteering to serve as room parent at Candice’s school or Emily desperately attempting to make friends with the “cool moms”—that later transforms into a much wilder story.

Whether it’s uncovering time-traveling snails, murderous vasectomy robots or a gang of bona fide hamburglars, the quirky couple can’t escape life in the fast lane as they “transition from 20-something to 30-something.” It’s the part of your life that’s about “growing up, but not growing old,” as the HBO Max description states.

This means that “Close Enough” loosely follows the classic and predictable “Regular Show” formula, adapted to an appropriately PG-13 world that’s a bit realer and a bit ruder than the latter’s world of anthropomorphic animals. However, that extra ten years of wisdom and responsibility won’t stop Emily and Josh from goofing off and having fun in classic Mordecai-and-Rigby shenanigans that start simple and get weird fast (with a healthy dose of crazy side characters, car chases and explosions, of course).

“Close Enough” makes waves in almost every aspect of its production. The animation is easily recognizable as the same that brought fame to “Regular Show,” with tame backgrounds and pleasing colors that make its frequent psychedelic sequences pop. Emily and Bridgette often sing parody songs reminiscent of Mordecai and Rigby’s finest freestyling. Guest appearances from big-name voice actors like Judy Greer (Cheryl on “Archer”) and Chris Parnell (Jerry on “Rick and Morty”) ensure that the show’s expertly crafted humor is always expertly delivered.

The top-notch script shines at every step of the way, whether it’s the satirically dramatic dialogues, the blasé morbidity of unexpectedly violent scenes or the smartly nostalgic brand of “#relatable” humor that appeals to millennials, Gen Z and everyone in between. For example, one fantastic, if cringeworthy, sequence features Emily and Josh completing a long list of dull, tedious errands and enjoying it immensely, which later plunges them into a crisis over whether or not they’re getting too old. Obviously, the scene is set to “Turn Down For What.” If you haven’t experienced a moment like this, you’re lying to yourself.

While the many interrelated stories of each 11-minute episode rarely clash, the series’ only significant challenge arises in its struggles to contain itself. In an episode where Josh and Alex set out to complete Emily’s to-do list and give her a day off, not one, not two, but five smaller plotlines converge to produce a revelation that’s remarkably draining. Despite successfully making its way to the standard heartwarming moment of self-discovery that concludes each episode, this episode and a few others were a little over-the-top with nonstop action and crazy twists. However, they generally resisted feeling forced, meaning the only major flaw in Quintel’s latest masterpiece is not a fatal one.

At its core, “Close Enough” has everything fans loved about “Regular Show,” transposed into the environment of a delightfully unconventional and surreal sitcom. It’s self-aware in all the right ways. The jokes almost never miss. Each and every character is painfully relatable and a joy to see on screen, and their unique personalities help transform the mundane stories of the 30-something life into fun tales of action and adventure that always end in satisfying ways.

With “Close Enough,” the ever-expanding “Flapjack family” continues to grow in new and exciting directions. Do yourself a favor and stream season one, exclusively on HBO Max.