I was the Diversity & Inclusion Chair for my fraternity; reform wasn’t enough. 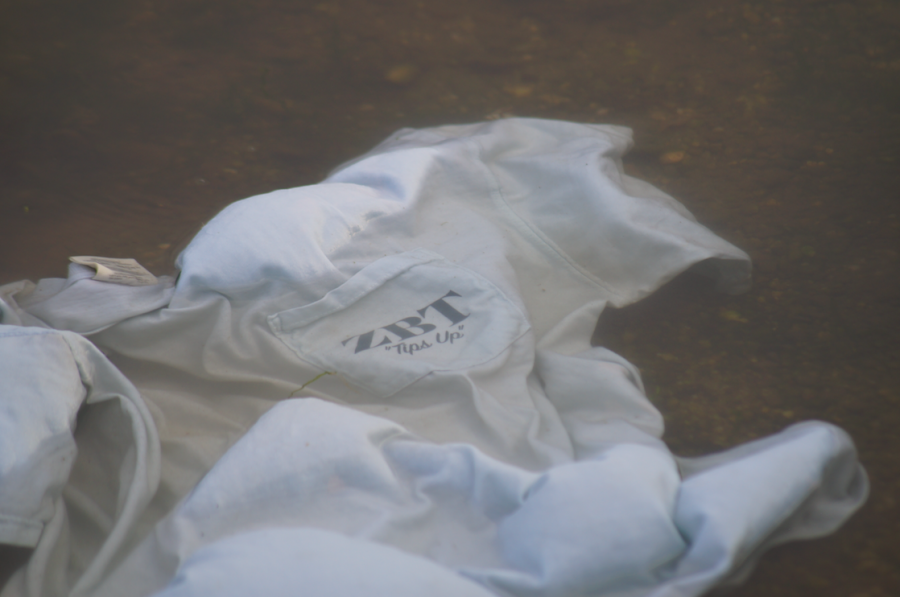 All throughout high school, I made fun of fraternities—I thought of them as racially segregated fun houses for guys who couldn’t figure out how to have sex on their own. But coming into college, I was wide-eyed and persuadable. I wanted deeply to find a community; so when all of my North House friends started buzzing about rush, I tagged along to the Interfraternity Council meetings. I still believed that fraternities were a moral blight on campus. As such, I sought to alleviate my cognitive dissonance by avoiding the ones with infamously racist histories (Kappa Alpha Order and Sigma Alpha Epsilon).

I ended up joining Zeta Beta Tau, a historically Jewish fraternity. I reasoned that Jews are different from most white people, so ZBT wouldn’t perpetuate the sexual violence and racism that is associated with other fraternities. But early on, I realized that I was wrong. At a structural level, every fraternity is the same: all segregate campus along racial and economic lines and all exacerbate sexual violence.

I saw these problems and resolved to fix them. I took on the position of Diversity & Inclusion Chair. In some ways, I was happy with what I was able to achieve. I successfully sponsored a constitutional amendment to establish a Sexual Misconduct Accountability Board that now mandates action upon a survivor’s report of misconduct. Additionally, I worked with the Women’s Center and other diversity organizations to lead in-chapter discussions about rape culture, misogyny and racial/economic exclusivity in fraternities. I truly believe that some of my brothers learned valuable lessons during these talks.

Unfortunately, at the structural level, nothing changed. No amount of internal reforms and diversity panels can change the fundamental dynamics about sex, race and class in white Greek Life. The diversity groups, the educational initiatives and the accountability structures are window dressing. The rot goes much deeper, and nothing short of abolition can adequately excise it.

People of color have good reason to distrust white fraternities. Consider the history of fraternity-based racial exclusion and even racial violence at Vanderbilt and other universities. Across the nation, stories abound of racial restrictions in the rush process to the use of blackface to chants replete with racial epithets and allusions to lynching.

In 1980, Kappa Alpha Order’s chapter at Vanderbilt held an “Old South” celebration—a rather rosy descriptor for a ritual involving dressing up as Confederate soldiers. In protest, Black and white Vanderbilt students held an opposing “Nat Turner” day, which involved dressing up as slaves and masters to depict the cruelty of the Confederate institution. To ensure the unfettered completion of the Confederate ritual, Vanderbilt shut down the Nat Turner demonstration. KA brothers later assaulted a student who was involved in protesting the “Old South” celebration.

Such overt racism is not behind us. Over the past several days Vanderbilt’s Greek Rank page was flooded with white nationalist discussion posts and polls. The posts have since been removed, but they were heinous: they called Black people “baboons,” referred to the late George Floyd as a criminal and urged fellow whites to “take back our country” from Black people.

Additionally, this past week, a video surfaced of Vanderbilt fraternity and sorority members in which a fraternity member said the n-word and one sorority member wore what appeared to be a do-rag. The episode looked to be a drunken rendition of a modern-day minstrelsy. Why would people of color trust any institution that produces individuals who act like Black people are less than human? This history and present circumstances have led most people of color to opt for other social scenes.

Regarding class, the financial burden of paying fraternity dues (nearly always more than $1,000 per semester) dissuades lower-income students from joining. The time commitment of a semester-long rush process and round-the-clock pledging serves as an obstacle for students with jobs. And past fraternities’ disproportionately wealthy membership means wealthier students are more likely to be familiar with fraternities (through family members, for example) before they ever set foot on campus. This gives richer students a leg up in rush. Financial burdens, time commitments and reduced familiarity with the Greek system coming into college ensure that wealthier students face fewer barriers when joining fraternities than their less wealthy counterparts.

As such, IFC fraternities end up with disproportionately white, wealthy members. My pledge class was entirely white. Nearly all of my brothers are upper-middle class at minimum—many are much wealthier than that. And because IFC members rely on fraternities to structure their social lives, members pigeonhole themselves into white, wealthy spaces. They lose out on one of the most crucial advantages of the college experience—meeting people unlike oneself. Our campus has the potential to be mosaic (more than 40 percent of students are minorities), but Greek Life segregates our social scene. My own social circles became much whiter and richer after I joined a fraternity.
One of my Black non-fraternity friends put it aptly when I described my weekend plan of attending an off-campus fraternity party, “Oh, you’re going to the white party.”

Implementing processes for addressing in-house sexual misconduct and attending Green Dot trainings cannot change the gender dynamics of Greek social life: fraternities have a near-monopoly on parties. Frats have off-campus darties and Wesley Apartment pregames, throw on-campus registered parties and host tailgates. Even granting that sororities host date parties (at which sexual violence is not unheard of) on a bi-semester basis, it’s safe to say that IFC frats host the nearly all Greek social events.

This stranglehold on parties creates incentives and environments rife for misogyny and sexual violence. Because the vast majority of men attending parties are members of the hosting fraternity, all advertising efforts for parties are directed towards women. Therefore, the success of a party is judged by the female turnout. This mindset of male-female ratios (more girls relative to guys is better) at parties commodifies women and places the locus of their value in their gender. As such, men’s interactions with women at parties are necessarily framed by the value that women have with respect to men—namely, their value as sexual objects.

The drinking culture within fraternities—beer pong before the party, mixed drinks during—increases the probability that fraternity men are severely intoxicated during sexual interactions. Combine the aforementioned gender dynamic with the increased impulsiveness and reduced decision-making abilities of a brain flooded with alcohol, and you have an environment ripe for sexual abuse. Worse still, the alcohol-induced judgment inhibition that can cause men to make violent sexual advances also makes women less able to resist sexual violence.

Finally, even beyond the alcohol-laden parties is the implicit knowledge that every straight IFC man has before rush even begins: frats get you sex. I’m ashamed to admit it, but that was a primary motivating factor in my decision to rush—I didn’t want sexual FOMO. Parties are where you meet girls, and you need to be in a frat to get into parties. Case in point: my sophomore year, during a rush event, a rush asked me which sororities ZBT mixed with. When I told him, he immediately inquired, “Are they hot?”

When you view your fraternity membership as a transaction, you feel that you must get your return on investment, whatever the cost. I knew the relative “body counts” of most of my brothers, and they knew mine. The feeling that one might have a low number fuels a sexual insecurity that can only be rectified with sex—again, whatever the cost.

All of these factors help explain why fraternity men are three times more likely than other college men to commit rape and why sorority women (whom fraternity men most frequently interact with) are nearly twice as likely to experience rape as other college women. Sixty-four percent of sexual assault victims at colleges are associated with Greek Life. My chapter, as well as all other IFC fraternities, are not blameless in this regard—Project Safe is always busy for a reason.

In the vacuum a shattered Greek system would leave, it is likely that resegregation could occur under non-Greek banners and “white parties” could flourish. But in Greek Life’s wake, the social scene would be dominated by new forces: multicultural and extracurricular organizations, along with organic friend groups. Though it may not be possible to eliminate gatherings stratified along racial and economic lines, allowing non-segregated institutions to occupy a larger share of the social scene would represent a significant step towards a truly diverse and integrated campus.

Additionally, abolishing Greek Life would open up social capital in spaces that are not operated by sex-hungry, drunk men. This would give more women an opportunity to party in places with reduced risk of sexual violence.

When we talk about holding joint events with multicultural organizations or engaging in positive bystander training, we’re kidding ourselves—these efforts are few and far between. They’re reactive and performed reluctantly. Boys just want to be boys.

I’ve tried to make reform. I really have. But this nation’s moral reckoning in the wake of the lynching of George Floyd has shaken me out of my cognitive dissonance. Fraternities will always be racially and economically segregated. They will always put women in increased danger of sexual violence.

The only way to address these problems is to abolish white Greek Life. So I’m dropping my fraternity. And you should, too.