Five tips on how to engage in polite, poised and political discussion with friends and family you don't agree with. 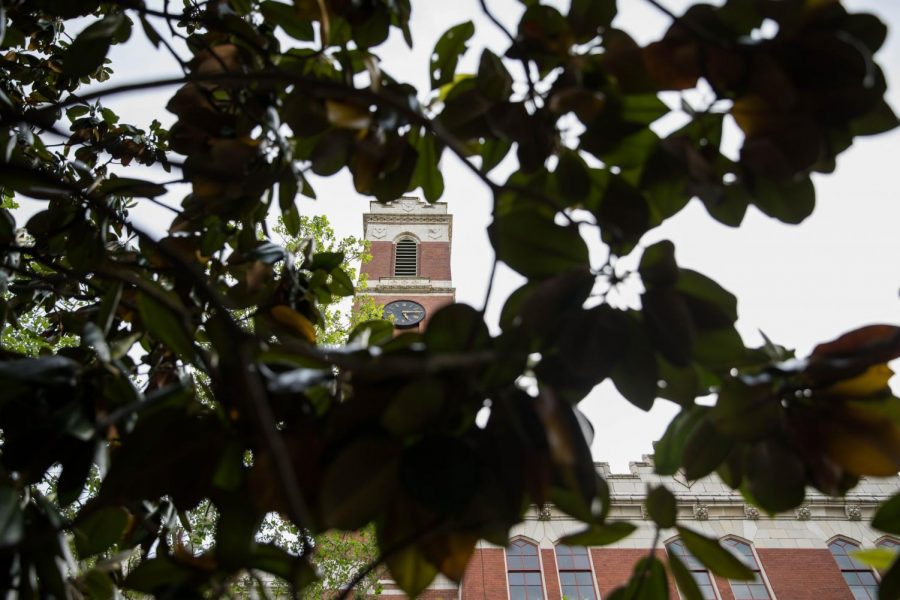 When dinner table discussions turn political in the Smith household, my brothers and I shoot each other a few looks that say nothing other than, “Here we go again.” We all know what’s about to go down. Rarely do we discuss politics as a family without ending the night furious with one another, barely on speaking terms.

Despite what my brothers and I tend to think while forks are being pointed and bits of green bean fly from mouths in debate, political discussions are absolutely necessary. They give us wider perspectives and help us better understand what’s happening in the world. More specifically, political discussions help us comprehend exactly how we view and perceive the events unfolding around us. Since the world is constantly changing, the more we discuss politics with both people who do and don’t agree with us, the more our beliefs can evolve to better fit current situations. It’s especially important now, as politics have been playing a role in everything 2020 thus far, from the COVID-19 quarantine to an entire civil rights movement; not to mention it’s a presidential election year. There’s a surplus of topics to unpack and discuss based on what’s going on in our nation and world.

Right now, many people are at home quarantining with family and friends who they can have these discussions with. While discussing politics may be easy and civil for some families, others, like mine, are politically divided, making dinner-time discussions difficult and polite political parler nearly impossible to keep below belligerent shouting volumes.
However, just because these conversations can be difficult doesn’t mean that they are to be avoided, tossed aside or brushed off by any means.
Instead, we need to be able to engage in polite and understanding conversations with both people who do and don’t agree with us. Polite discussion is particularly necessary because it cultivates a comfortable atmosphere to share potentially vulnerable opinions, and can help put those involved at ease while discussing beliefs they hold close to them.

So, if you’re stuck at home like I am or if you know your phone conversations with Grandma and Gramps will inevitably turn towards politics, here are a few tips on how to converse politely and intelligently without ending the night on non-speaking terms:

1. Listen: Oddly enough, the first major part of speaking is actually listening. Without being able to hear what your friend or family member is saying, it’s difficult to formulate a response. Listening validates the other person, and you may learn something important from them. While you may not agree with every little thing they say, it’s important to hear them and let them know they’re being heard instead of disregarded. You can let your friend or family member know you’re listening by using pieces of what they say in your responses or beginning your response with words like “I hear you” or “I understand what you’re telling me.”

2. Educate yourself: You cannot expect to have a smooth discussion if you are not educated on the topic which you are discussing. Research topics you’re passionate about and current events you’re interested in. Use reliable sources at all times, and when using news sources, it can be helpful to use major, largely unbiased news sources so that your facts are reliable and aren’t easily refuted by someone who believes something different from you. If the person you’re discussing with thinks your news source is too partisan to be credible, put a pin in the thought and you can try to find a completely different source that reports something similar to your initial findings later on. If you were correct about your initial source, surely other credible sources will support its claims.

That said, in your research, don’t neglect the other side of the discussion. Addressing counterclaims can help the person you’re talking to understand your point more clearly and makes your own point more cohesive.

3. Know when to pause: Discussions don’t need to happen all at once. It’s impossible to tackle every issue in one sitting, so knowing when to pause is a good skill to have. Is the discussion turning into an argument? Pause. Need a snack? Pause. Did you venture into topics you haven’t researched well enough to discuss? Pause. There’s no need to rush discussions when pushing them further will make them unproductive.

4. Discussion ≠ Argument: A political discussion doesn’t need to be won. No one is right or wrong. Political opinions are just that—opinions. Therefore, demeaning tones shouldn’t be used, and volumes should be kept at conversational levels. There is also no need to chastise someone for what they think, as demeaning another’s opinion will make them utterly unreceptive to your thoughts and perspectives. Feel free to pause a discussion when it feels like it’s escalating into an argument—discussions can always be returned to.

However, once a discussion escalates into an argument, neither side will admit when they have changed their minds. It becomes a clash of opinion, a battle for who’s right and wrong instead of a productive conversation from which each side can gain new insights. Unlike the opposition an argument generates, in a discussion, changing minds and generating new thoughts is the goal.

5. Change your mind: When having political discussions, it’s okay (and encouraged) to change your viewpoint on certain issues. That’s why we discuss in the first place, isn’t it? To spread knowledge and understanding. I’m not saying you need to abandon your political affiliations after one discussion, but being able to listen to another’s viewpoint and alter your own perspective, even slightly, is immensely respectable. Changing your mind doesn’t mean you were “wrong” before. It simply means you’ve learned more about what’s going on around you and you’ve taken that new knowledge into account when formulating your own perspective.

While my family is clearly still working on having successful political discussions without escalating into arguments, I hope we can soon talk over our potatoes without anyone leaving the table in a bout of anger. I understand that there are moments when you may be so outraged by what another person thinks that you feel you can’t remain civil. Believe me, I’ve been there; and there are cases when anger is completely warranted and necessary. If the person you’re talking to steers the conversation away from pure politics and towards topics centered around components of identity, such as race, gender, sexuality, etc., it’s okay to express your anger and let the other person know that what they’re saying offends you. Not every discussion will remain simply a discussion. Arguments are still going to be prevalent, and that’s okay. Sometimes, arguments are necessary to stand up for oneself or one’s moral beliefs (beliefs regarding how one discerns “right” from “wrong”).

It can be difficult to determine what exactly qualifies as a topic relating to identity or morals as opposed to politics. Many times these topics are interwoven and tough to separate. Individuals can decide for themselves which topics stick out to them as worth defending with argument; beliefs that aren’t so much beliefs as they are truths to the person holding them.

But, in the case of politics, if more people can make an effort to have educational conversations rather than partisan arguments while discussing current events, perhaps we can reach more common understandings and new awarenesses as opposed to tearing relationships apart and remaining stagnant in our thoughts. Even though I occasionally have the urge to fling peas at my family members, political dinner table discussions do leave me thinking about what’s going on around me and lead me to research more about my world. Now if only discussions about what to call our new cat would go as smoothly…