After his excellent junior season was cut short due to COVID, Vanderbilt pitcher Mason Hickman is heading to Cleveland. 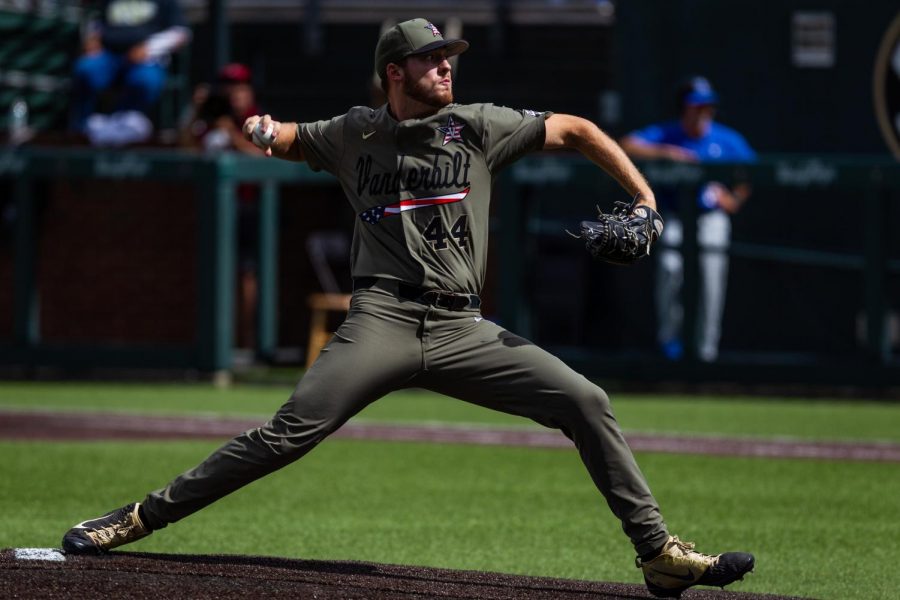 Vanderbilt pitcher Mason Hickman was drafted by the Cleveland Indians with the 154th overall pick in the fifth round of the 2020 MLB Draft. Hickman was the fourth Commodore selected in the 2020 Draft, following Austin Martin, Jake Eder and Tyler Brown.

The junior right-handed pitcher got off to a great start in his third year at Hawkins Field, posting a 2-0 record and 0.48 ERA in three starts before the remainder of the season was cancelled due to the COVID outbreak.

As a sophomore, Hickman contributed to Vanderbilt’s SEC regular season title, SEC Tournament win and National Championship campaign by posting a 9-0 record with a 2.05 ERA in 13 starts. Hickman also propelled the VandyBoys to a National Championship with his performance in game three of the College World Series Finals, where he pitched six innings, striking out ten Michigan Wolverines and allowing just one run.

Hickman, a native of Hendersonville, Tennessee, was drafted out of high school by the Los Angeles Angels in the ninth round of the 2017 MLB Draft. Rather than signing, the 6’6”, 230-pound arm opted to attend Vanderbilt, where he amassed a 19-2 record, 3.13 ERA and a 3.35 strikeout-to-walk ratio in three seasons.