The Sarah and Ross Perot Jr. Foundation announced an $8 million commitment to establish the Nicholas S. Zeppos Scholarship on Feb. 7 in a Vanderbilt Board of Trust meeting. 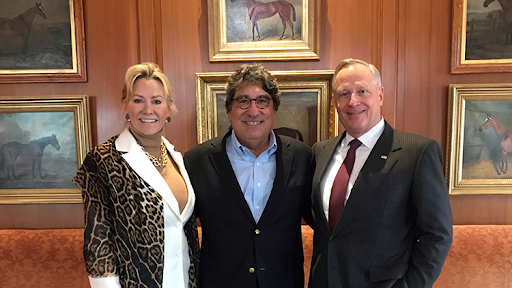 “I’m so honored to be the recipient of such a generous gift from a family that obviously has a lot of ties to Vanderbilt,” Chancellor Emeritus Zeppos said. “I’ve been on the faculty for thirty-three years and it’s not like you start out and say ‘yeah they’ll probably name a lot of things after me.’”

Currently, Zeppos said he is reviewing applications for the first round of Zeppos Scholars, which will be announced in the third week of June. This year and for the foreseeable future, five recipients will be awarded the Zeppos Scholarship each year.

“All first time college students accepted for admission and with documented financial need and merit will be eligible for consideration,” Dean of Admissions and Financial Aid Douglas Christiansen said in an email.

As the scholarship program develops, Zeppos said he will continue to lead in defining what it will mean to be a Zeppos Scholar.

“I’m a professor, so I started thinking about what are the sorts of students that I really want to teach? And as a chancellor I’m very much focused on people coming from different backgrounds,” Zeppos said. “How do they go about things when they hit a bump? You know everyone’s going to hit a bump along the way.”

“The Nicholas S. Zeppos Scholarship will be awarded to students who exhibit leadership ability as well as a commitment to community service,” Christiansen said in an email.

In a May 22 press release, Vanderbilt stated that the scholarship is intended to build on the legacy that Zeppos established during his eleven-year tenure from 2008 to 2019. As Chancellor Zeppos particularly emphasized replacing student loans with grants and scholarships to help transform Vanderbilt’s financial aid program to reflect the vision of Opportunity Vanderbilt.

“I’m very passionate about need-based financial aid, so I wanted students reflective of the entire economic spectrum. This scholarship is going to give around 20 to 25 thousand dollars a year to a student,” Zeppos said. “I just want to make Vanderbilt the most supportive, interesting and engaging place.”

The donation was announced on Feb. 7 at a Vanderbilt Board of Trust meeting by Ross Perot Jr. (B.A. 1981), a member of the board since 2010. Perot Jr. has served on the Academic Programs, Budget, Compensation, Executive Investment and Medical Center Affairs committees.

“My wife, Sarah, and I want to mark our service to Vanderbilt and honor the leadership of Nick Zeppos by helping the university recruit the very best scholars possible,” Perot Jr. said in the announcement. “My family is dedicated to ensuring the university continues to excel for many years to come.”

Interim Chancellor and Provost Susan R. Wente said in the same announcement that a key contributor to Vanderbilt’s rise since Zeppos became chancellor in 2008 has been the university’s breadth of scholarships available.

Zeppos will return to Vanderbilt as a professor of law and political science after he finishes a yearlong sabbatical.