GAO: Why social justice begins with acknowledging our own prejudice

To brave the pain of our society, we should first look within ourselves and question the truth behind our actions and beliefs. 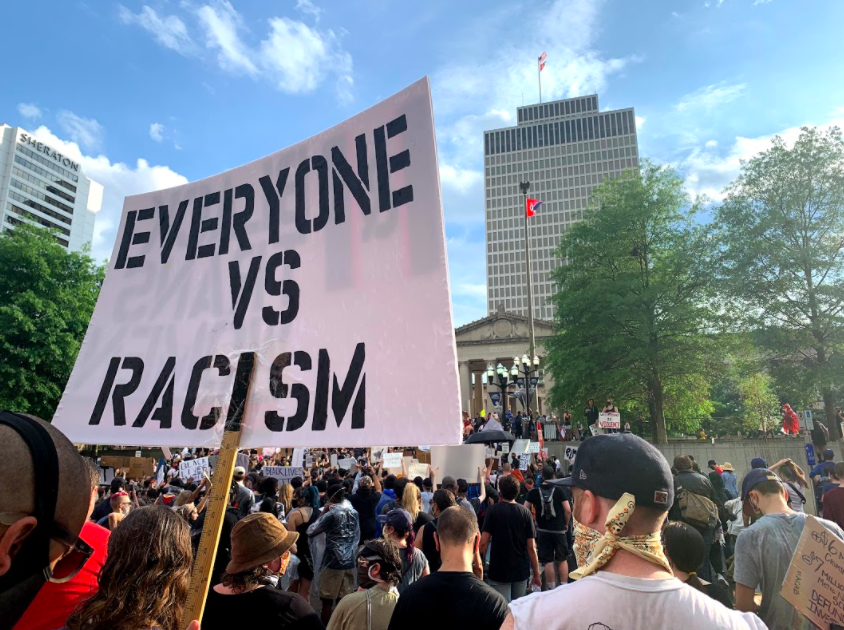 The protests erupting throughout the country are outcries of help, not solely for the murders of George Floyd, Breanna Taylor and Ahmaud Arbery, but for the centuries of racial injustice perpetrated by America’s own justice system. The normalcy of prejudice is why people have outgrown what peaceful demonstrations of Martin Luther King Jr. could change. Despite the Civil Rights Movement that occurred over 50 years ago, the Black community in America still has reason to fear for their lives today.

Unlike many think, racism takes on more forms than explicit or vocalized racial superiority. Implicit institutionalized racism has become entrenched in our country’s justice system in ways that are not easily exposed. Since the start of the War on Drugs in 1971, racial profiling and mass incarceration of African Americans for nonviolent crimes have revived the caste system of oppression. Compared to white Americans, Black Americans receive roughly 20 percent longer sentences for the same crimes, face an imprisonment rate six times higher, and experience felony disenfranchisement at four times the rate. This mass incarceration contributes to and inflates Black social disparities. When juxtaposed to white Americans, Black Americans are killed by police 2.5 times more often, are over 2.4 times as likely to live in poverty, 2.7 times as likely to raise children in single-parent households and-—in the past several months—die from a COVID-19 at a rate that’s 2.4 times higher.

Mass-distributed social media posts, quotes and screenshots do not necessarily reflect a change in our culture of racial intolerance, nor do they ensure that we will implement the lessons learned from this uprising for the rest of our lives. I’m not calling out at any individual or demographic; rather, I want to humanize the fact that it’s hard to change. It’s hard to predict the trauma we will face or how the things we say unintentionally hurt others.

Nonetheless, the Vanderbilt community is more than capable of learning, listening and caring about marginalized identities.
Just as we put the utmost importance on academic learning, it is time to hold ourselves accountable by better educating ourselves on the racial burdens that so many of our students, workers and staff endure.
Being brave is not meant to be easy, but right now we all need to practice bravery in the outbreak of death, fear and violence. I am trying to be brave by writing this and acknowledging that I am prejudiced from my upbringing. We are all prejudiced in some way since we are all born in a world we know nothing about. Those of us who are not Black, including myself, will never understand what it’s like to live in daily fear of being punished solely for the skin color we are born in. Most of us will never expect unwarranted police brutality to occur to our children, siblings, parents, partners or ourselves. Non-Black people are not crushed by the daily emotional labor of seeing their loved ones become ethnic martyrs they never intended to be. From unarmed children killed on playgrounds to lawful drivers indiscriminately pulled over and shot when reaching for their driver’s license, our cultural norm of downplaying these instances has made us lose a basic part of humanity—compassion—and replace it with prejudice.

Prejudice is observed not by appearance, but by actions. It is sewn into the history of all races, religions and cultures. By acknowledging the omnipresence of prejudice and how it hinders the way we perceive truth, we can begin to open our minds to let these issues into our hearts. To those who choose to generalize instead of learning about the people they fear, I’d like to ask: how can you hate someone you know nothing about? How can you say millions of strangers are all the same and all have lives worth ruining? To some extent, we all prefer not to question these presumptions that incapacitate and divide us. But talking to each other about our own prejudice is the only way to prevent another uprising. It’s okay to disagree. It’s okay to say you don’t understand. Still, please at least be willing to get to know me and listen to what I have to say as you want me to do with you.

In quarantine, we have more time than ever to self-educate and confront the ingrained ideas that separate us, so I challenge you to do so with me. In our country’s culture, the default is to become defensive once race is mentioned. However, we are currently undergoing a cultural revolution of justice reform. It’s not a question of whether to participate or not, it is a matter of preparation for how to react when you are confronted with the stereotyping of races in America. Now is the opportunity to break down the barriers that make racial conversations segregated before a single word is said. Please, educate yourself with diversified media, actively listen to those who are brave enough to share the discrimination they’ve faced and come to form your own opinions afterward. Personally, I’ve had to unlearn the racial intolerance practiced in my household, consume media and research on marginalized communities I was not born into and candidly reflect on what I can do to actively learn, rather than being complacent about my individual security.

To my fellow people of color, we are all at risk of receiving racism and bigotry in this country because of our appearance. If we do not come together in solidarity with the Black community at this moment, how can we ask for help when we face the same hatred? Without the advocacy of African Americans, our ancestors would be banned from immigrating to America, meaning we would not exist as we do now. The Civil War helped pass the Immigration Act of 1965, which terminated a race-based immigration quota system that discriminated against nationality, sex, place of residence and place of birth. In the 1950s, the Black community launched a civil rights movement to make the United States realize that a country built by immigrants of all colors cannot grant full rights only to Caucasians. Now is the time for us to acknowledge that we too benefit from the trauma the Black community endures, educate ourselves on their unique ethnic history and support them through another battle against oppression.

Freedom of speech is part of why our American ancestors came here, why our people are crying out for us to listen and why I am able to have your attention and say we can do this together. Please, use it to be brave. Use it to know yourself as someone who might not see the whole picture. Use it to spark conversation in your homes and elevate the voices of people who haven’t been listened to. Use it to show that the United States can protect Black lives.