The Vanderbilt Hustler • May 27, 2020 • https://vanderbilthustler.com/32435/featured/hbo-max-hits-the-ground-running-and-heres-what-to-watch/

HBO Max hits the ground running, and here’s what to watch

A new contender joins the streaming wars—HBO Max. With an impressive collection of classic movies, sitcoms and animated series, the new streaming service might actually stand a chance against industry titan Netflix. 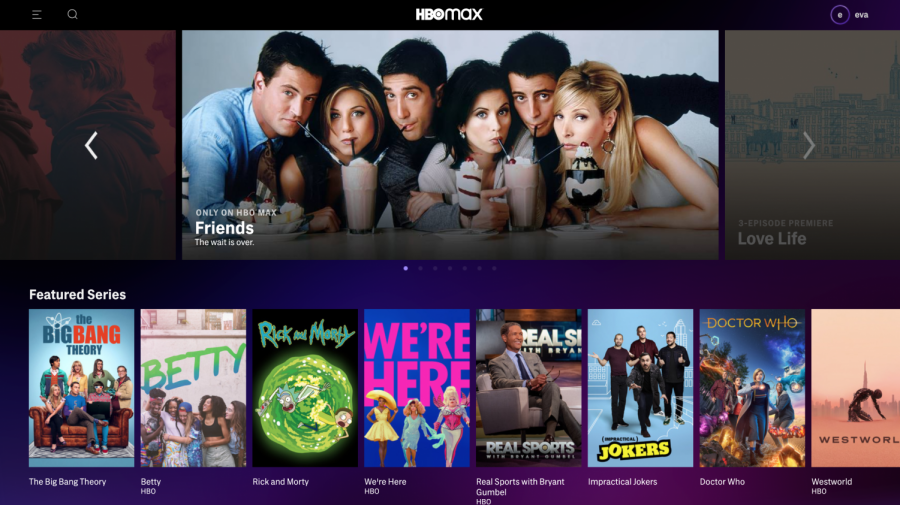 Social distancing policies and movie marathons are a match made in heaven. But maybe, two months into mandatory distancing, you’ve somehow managed to binge your way through all the content on your Netflix watchlist—and your Hulu watchlist, your Amazon Prime Video, and maybe even Disney+. Good news! HBO Max, the latest streaming platform from the fairly young WarnerMedia conglomerate, is finally here to refuel your rewatches and bolster your binge sessions if you’re willing to pony up $15 a month.

As of its May 27 launch, the app’s user interface is nicely streamlined, and the only major problem with the service seems to be uncertainty surrounding access. Current HBO subscribers (Vandy students lost their free subscriptions back in August) and new users alike have struggled to figure out how to get to HBO Max’s streaming catalog in the first place, with internet provider confusion and the not-yet-defunct HBO GO and HBO Now apps needlessly complicating the process.

Nevertheless, HBO Max’s launch day streaming lineup is more impressive than expected and could prove to be a serious competitor in the admittedly over-saturated market. Many are calling it the first legitimate rival to Netflix in the ongoing streaming wars. Read on for the Hustler’s essential HBO Max watchlist:
Movies
“The Wizard of Oz”
HBO Max instantly earns its bragging rights with a vast collection of classic Warner Bros. films like the widely beloved story of Dorothy and Toto, finally available to stream for the first time anywhere. But if “The Wizard of Oz” isn’t your style, classic films from other studios appear on the streaming service as well, and the list is quite extensive. So whether your favorite classic film that you’ve somehow watched 20 times is “Gone With the Wind” or “2001: A Space Odyssey,” it might finally be time for rewatch number 21.
The “Harry Potter” series
Perhaps you’ve experienced the infamous “Harry Potter” marathon with friends when that one superfan in your group somehow coerces everyone into sitting through all eight movies. Or maybe you are the superfan friend. If so, HBO Max has got you covered, but your friends might hate you afterward. Their loss.
“The Lord of the Rings” and “The Hobbit” trilogies
J.K. Rowling isn’t the only one who can boast of an all-night-long movie marathon based on her book series. For the Tolkien fans out there, both Middle Earth trilogies are streamable on HBO Max. Time for a triple feature?
“Wonder Woman”
Okay, so you’re not a Hogwarts nerd or a Middle Earth nerd. Maybe you’re a superhero nerd? The expansive DC superhero film collection finds its new home on HBO Max, with recent fan-favorite “Wonder Woman” serving as a headliner for the series. And yes, the DC collection includes the instant classic “The LEGO Batman Movie.” We knew you’d ask.
“Spirited Away”
Studio Ghibli fans, rejoice! For the first time in the U.S., a large collection of critically-acclaimed Ghibli classics are available to stream, from “Spirited Away” and “Princess Mononoke” to “My Neighbor Totoro” and “Ponyo.” The animation lover within all of us has never been more excited.
Television
“Game of Thrones”
Of course, you remember the emotional highs and lows that came with the “Game of Thrones” finale. I don’t watch the show myself, but I’ll admit I was taken aback when I opened a lecture hall door in Cohen Hall to find all 100 seats full with students who had gathered to watch the finale together. Relive the glory days in Westeros with HBO Max’s vast catalog of its own HBO shows.
“Doctor Who”
Or, relive the not-so-glorious days of Tumblr fandom insanity by rewatching all eleven seasons of “Doctor Who” on HBO Max. A deal with BBC Studios means that future seasons of the sci-fi classic will be streamable as well. If you have Netflix too, you can complete the whole Superwholock trifecta with “Sherlock” and “Supernatural.” But maybe that’s too much power for one person.
“Friends”
In these strange and uncertain times (yeah, I said it), an interesting controversy has arisen over the mainstream-ness of classic sitcom “Friends.” Now that it’s so easily accessible on HBO Max, it might be hard to resist giving in to the temptation of the bandwagon. In fact, you can pick your bandwagon poison, as “The Fresh Prince of Bel-Air” is also available to stream for the first time anywhere. Only 90s kids remember, am I right?
“Adventure Time”
Yes, “Adventure Time” is still on Hulu, but Warner Bros. owns Cartoon Network, meaning all ten seasons of the wacky animated series are an HBO Max staple. While the original run of the show ended in Sept. 2018, fans can get excited for the new Max original series “Adventure Time: Distant Lands,” a set of four hour-long specials focused on the continuing adventures of the show’s main cast. The first, titled simply “BMO”, will debut June 25. Other more recent Cartoon Network headliners, like “We Bare Bears” and “Infinity Train,” have also found a new home on HBO Max.
“South Park”
But maybe Cartoon Network just isn’t racy enough for you. I’m at a loss for how “South Park” managed to produce 23 seasons’ worth of content, but at that rate, I’m sure it’ll find a large new viewer base among HBO subscribers. “Rick and Morty” and new series “Close Enough” from “Regular Show” creator J.G. Quintel are in the same Adult Swim-esque category. Quintel’s show is set to be released July 9.
“Looney Tunes”
Even cartoons for younger children have a place in HBO Max’s expansive library, with classics like “Looney Tunes” and “Sesame Street” available to stream. Additionally, “Sesame Street” star Elmo joins the ranks of late-night talk show hosts with his own new Max original series, “The Not-Too-Late Show with Elmo.” It’s about time talk shows started catering to more audiences.