The Vanderbilt Hustler • May 21, 2020 • https://vanderbilthustler.com/32152/featured/candice-storey-lee-to-serve-as-permanent-athletic-director/

The interim label has been removed from athletic director Candice Storey Lee's title. 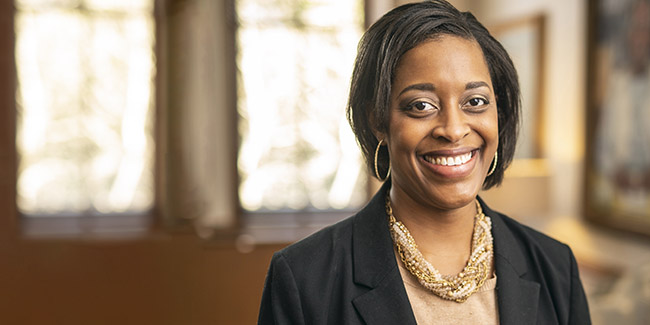 Candice Storey Lee has been named Vanderbilt’s permanent athletic director, the university confirmed Thursday. She previously held the title on an interim basis.

On Feb. 4, former Vanderbilt athletics director Malcolm Turner suddenly resigned from his post, leaving an opening atop the Commodore athletic department. That void was filled by Lee, who stepped in as interim vice chancellor for athletics and university affairs.

“Candice is perfectly positioned to lead our athletics program to new heights of success on and off the field of play. She has the drive, creativity, and perseverance to help elevate our student-athletes, and the entire Vanderbilt Athletics program,” incoming Chancellor Daniel Diermeier said. “The progress that Vanderbilt Athletics has achieved in recent years, and our very high aspirations for the future, are grounded in the university’s commitment both to academic excellence and to preparing our student-athletes to play and win in one of the most, if not the most, competitive conferences in the country. Candice is the living embodiment of these values and aspirations.”

Prior to serving as interim athletic director, Lee held the title of deputy athletic director, where she oversaw the day-to-day operations of the athletics department. The former captain of the Vanderbilt women’s basketball team has worked in the athletic department for almost 20 years. She graduated with a degree in human and organizational development in 2000, before receiving a master’s in counseling and a doctorate in higher education, according to the university’s announcement.

Lee became the first African American woman to lead an SEC program and is one of five women currently leading a Power Five Program.