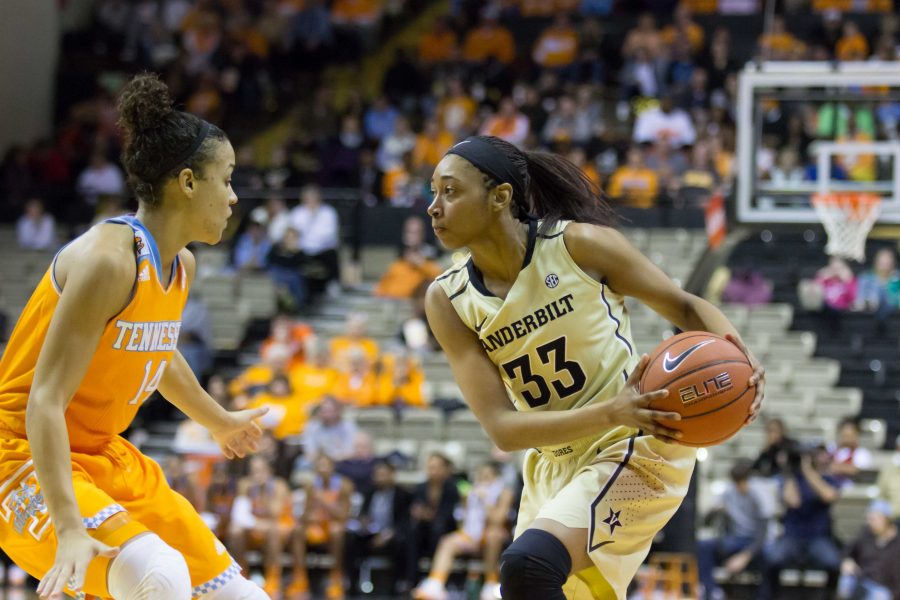 The Vanderbilt Commodores fell to the Memphis Tigers 75 to 59 in an intrastate women’s basketball matchup.

With this loss and their defeat at the hands of Louisville last week, the Commodores have lost two in a row for the first time all season. Their only other loss came on November 13th against Indiana.

Foul trouble, offensive rebounding, and points off turnovers all contributed to Vanderbilt’s demise. Guard Brea Elmore and forward Cheyenne Creighton were the biggest parts of Memphis’s offense, scoring 44 of the Tigers’ 75 points. Creighton also finished with a double-double.

Memphis went on a 14-0 run in the middle of the first quarter after Vanderbilt had creeped to a four to two lead in the first three minutes of the game. Much of this was due to Memphis’s ability to force turnovers in Vanderbilt’s half court offense. Elmore and Creighton led the charge for Memphis, as the two of them finished with a combined 18 points in the first quarter. Vanderbilt guard Erin Whalen came off of the bench to bring the Commodores back in the game with a six-point scoring surge. The first quarter ended with the Tigers keeping hold of a 20-16 lead.

Elmore and Creighton continued to dominate for Memphis offensively in the second quarter, scoring 31 of Memphis’ 43 points in the first half. They also sparked another 13-2 run in the middle of the second quarter, and finished the half with a 43-27 lead. Memphis built its lead with a seven to one advantage in offensive rebounds and 14-8 lead in points off turnovers. Even though both teams finished with 10 turnovers each, Memphis successfully converted on more of their opportunities than Vanderbilt.

Vanderbilt also closed the first half in a lot of foul trouble, as Whalen and fellow guard Christa Reed had three fouls each. Guards Rachel Bell, Cierra Walker, and forward Kayla Overbeck committed two fouls each. Creighton and Taylor Barnes were the only Memphis players to reach two fouls.

In the third quarter, similar trends were developing, but neither team was able to make shots. Memphis was able to grab six more offensive rebounds and force Vanderbilt into even more foul trouble. Reed and Whalen each got to four fouls, and Overbeck and Kalei Clemons-Green reached three fouls by the end of the quarter. Bad shooting was prevalent, as the Commodores made just four field goals on 15 shots, and Memphis made four shots on 20 attempts and one of eight free throws. The Commodores closed the third quarter trailing 54 to 40.

In the fourth quarter, Vanderbilt was unable to put any dent in the lead, and Memphis pulled away by forcing turnovers and dominating in the paint.  For the entire game, the Tigers had an 20 to 10 advantage in points off turnovers and led 34 to 24 in points in the paint. Creighton finished with 26 points and 13 rebounds, while Whalen was the only Commodore to score double digits.

The Commodores are now 10-3 on the season and will begin SEC play in College Station, Texas when they take on the Texas A&M Aggies on January 2nd. Tip-off is slated for 6 P.M. central on SEC Network.