International students weigh in on changes prompted by COVID-19 and the transition to online learning. 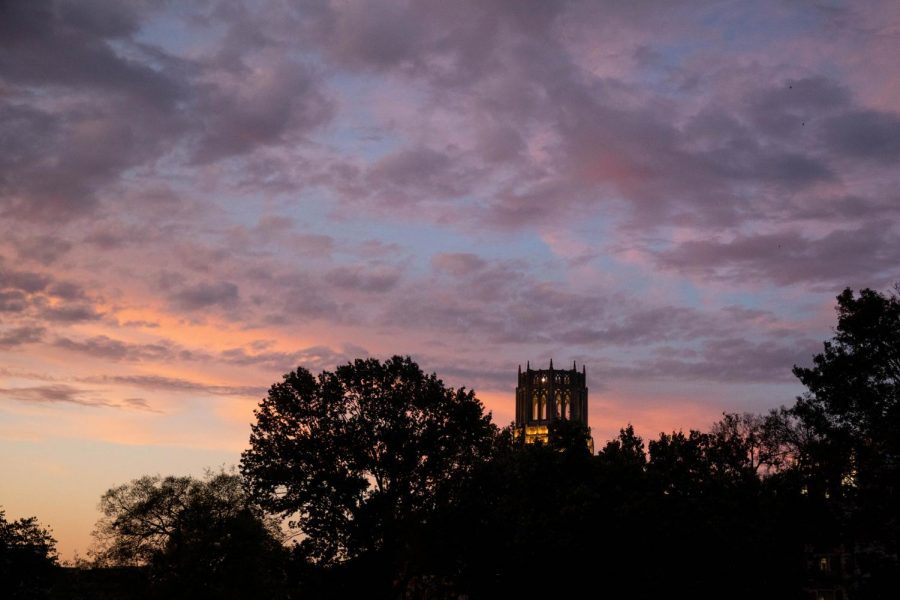 The application to receive funds opens today and students can expect adjustments in their accounts on or before April 15, 2020.

On March 11, Vanderbilt announced it would move fully online for the remainder of the semester, and all undergraduate students were asked to move out by March 15. Students who need to remain on campus would receive further communication from the university, the announcement said. Returning home on such short notice is harder than booking a last-minute plane ride for international students, however, who make up almost 10 percent of the undergraduate student body.

Because of the expense of international travel, increasingly limited flights to certain countries and the difficulties involved in completing classes in different time zones, many students have grappled with the decision of whether to go home at all. Those who stayed on campus faced uncertainty, as the university scrambled to make arrangements for its remaining on-campus students.

“We were so concerned in the first two days [after the March 11 announcement] because we did not know whether we needed to move out as everyone else does.” sophomore Fan Bu, an international student from Shenyang, China, said in a message to The Hustler. “We did not know where to put our storage, nor did we know whether [we were] allowed to go back to China.”

Bu said that her parents and her friends’ parents were worried that they wouldn’t have anywhere to stay on campus and considered hiring a private plane to fly them all back to China.

Sophomore Louisa Xu is an international student from Shanghai, China who has chosen to stay on campus until the end of the semester. According to Xu, Vanderbilt has done a poor job communicating with those students who are unable to return home.

“The major problem with this is the lack of information the school is giving,” Xu said in a message to The Hustler. “I understand that this is a rapidly developing situation, but the school is still unclear on what to do for students who can’t go home.”

Xu currently resides on Highland, where she has her own bathroom and kitchen, but she’s unsure how she would cook for herself if the housing office relocates her, as the Office of Housing and Residential Experience has indicated might happen.

“In the email they said students ‘might’ need to relocate to other dorms,” Xu said. “No explanation is offered on why they want to bring the students together (social distancing?) or when and where we need to move.”

Although Rand and Commons are currently open serving to-go meals, Xu cooks most of her own meals. Her biggest frustration is the lack of information, she said.

“As much as I want remote classes for the safety of students and faculty, Vanderbilt needs to come up with answers for students who are stuck in campus, not just do what’s logistically convenient for the school,” Xu said.

Emre Kanli is a senior from Turkey. Originally, he had planned to fly back to Turkey on March 21, but when Turkey began implementing travel restrictions and quarantining travelers from a list of European countries, he decided to leave earlier and fly to Turkey through the U.K.

“I changed my flight once more for this past Sunday and turns out [the] U.K. is getting added to [the] list of countries for quarantine as well,” Kanli wrote in a message to The Hustler. “So I was just lucky and fast enough.”

Because of travel and jet lag, he missed his first few online classes, but Vanderbilt professors have been fairly understanding of his limitations, Kanli said.

Jojo Dong, a sophomore from Shanghai, China decided to return home two days after Vanderbilt announced online classes for the rest of the semester.

“I’m self-isolating at home for 14 days as required by city regulations. I take my temperature twice a day and send the information to city medical workers,” Dong wrote in a message to The Hustler. “It will be a little hard to complete the rest of the semester, considering my home doesn’t have the best internet connection, and the thirteen hour time difference. I’m considering taking a few classes pass/fail.”

Despite the difficulties of completing classes at home, Dong said she didn’t want to stay on campus since most people she knew were returning home.

“We are now preparing detailed information, guidance and resources for all students, faculty, staff and postdoctoral scholars. We will share that information as soon as it is available,” Wente wrote in a March 11 email to the Vanderbilt community. “This is not how any of us wanted this semester to proceed, but we are acting now to ensure the health and safety of all members of our community. While our campus is the heart of this university, our people are its soul.”

The University recently extended the pass/fail deadline to April 10 and allowed all undergraduate classes to be taken pass/fail, regardless of the requirements they fulfill.

In the face of the chaotic circumstance, Bu is hopeful that the experience will improve the University’s response to crises in the future — especially as they relate to international students.

“These days are crazy. I understand that these are all hard choices and Vanderbilt has been very responsible so far,” Bu said. “I hope our school will do better in responding to emergent situations in the future, and I hope the University will pay more attention to international students’ welfare.”