After missing the majority of the 2020 season with a stress fracture, Aaron Nesmith – a projected first round pick – will declare for the NBA Draft 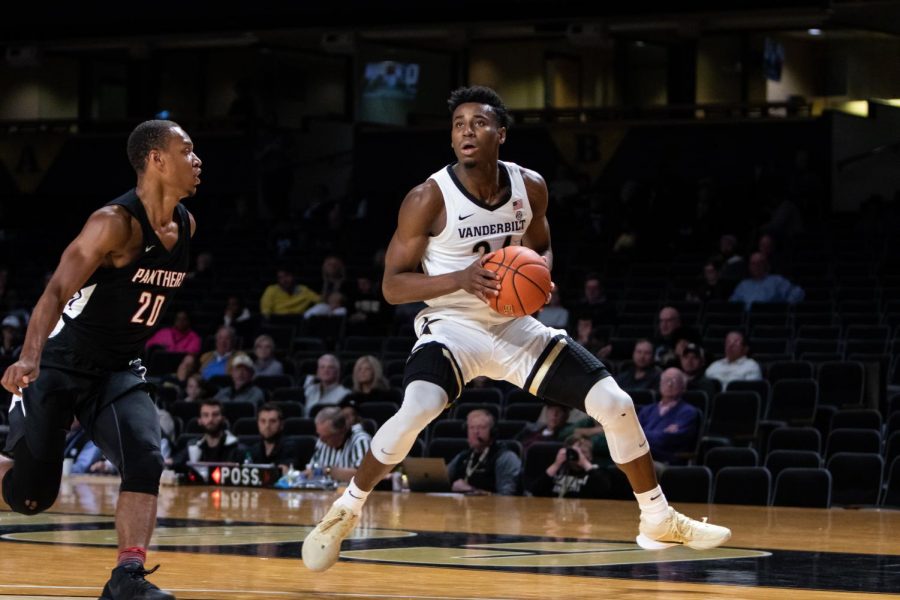 Sophomore forward Aaron Nesmith announced Thursday that he will forego his final two years of eligibility and declare for the 2020 NBA Draft, according to Vanderbilt’s athletic department. He intends to hire an agent in the coming days.

Nesmith’s Vanderbilt career comes to a close after a stress fracture in his foot shortened his sophomore campaign. The Charleston, South Carolina native was the Commodores’ leading scorer through 14 games played; his 23.0 points per game coupled with a 52.2 percent conversion rate from beyond the arc slots him as a projected first round pick.

“I want to thank God, my family for the sacrifices they have made since the minute I picked up a basketball, my high school coaches J.P., Saunders, and Travis, who have always pushed me to be my best, and my entire Vanderbilt family for an invaluable two years in Nashville,” Nesmith said in a statement to the athletics department. “To Coach (Jerry) Stackhouse, the coaching staff and trainers, and my teammates who will always be my brothers — you have all helped me to grow as a player and as a man, and for that I will forever be grateful. With that, I have decided to enter the 2020 NBA Draft and intend to hire an agent. I am so grateful for what life has brought me so far and I cannot wait for this next step in my journey. Most importantly, with everything going on in the world right now, I hope everyone is staying safe and healthy during this time.”

In his sophomore year, Nesmith’s performance showed vast improvement from his freshman campaign. He shot more efficiently from the floor, boasting a 51.2 field goal percentage – a 12 percent increase from the year prior.

Despite being sidelined with an injury, Nesmith made the most of his time on the court: he nailed seven or more 3-pointers on four separate occasions and exploded for a season-high 34 points against Richmond on Nov. 14. At the time of his injury, Nesmith was second in the country in 3-pointers per game; meanwhile, he led the SEC in threes per game, 3-point field goal percentage and scoring.