LANGFORD: The dichotomy of social media in modern-day activism

The good, the bad and the ugly of a democratized forum for unregulated free speech. 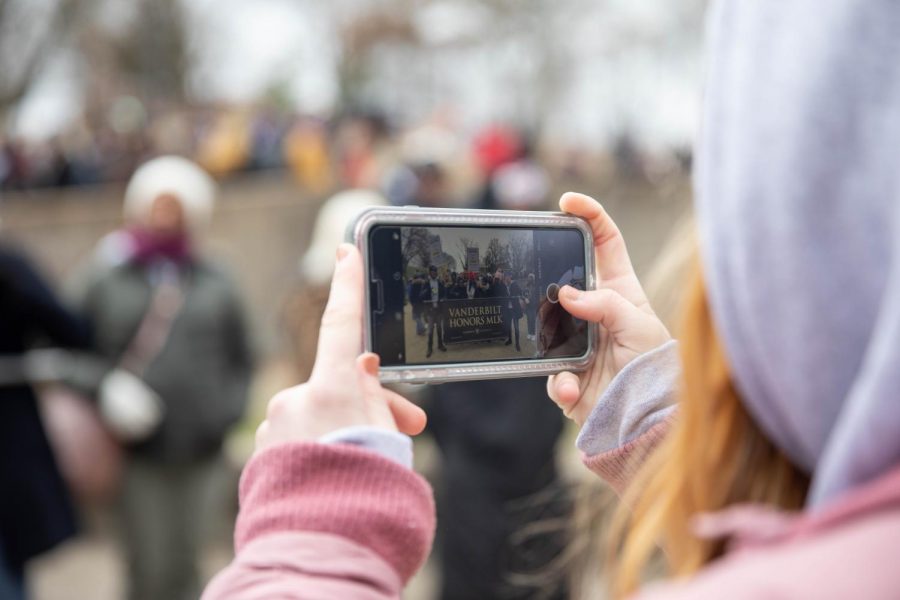 We just rounded the bend and it’s officially election year. As 2020 rears its head, we can only assume the pandemonium that will ensue this November in the wake of the last presidential fight to the death. As much frustration as people felt regarding the nature of the 2016 presidential election, it highlighted the seismic shift in the way activism takes form. Long gone are the days of battles for recognition on city streets. Today’s battleground is virtual.

Recent examples like the #MeToo movement and the aftermath of the Parkland, Florida school shooting come to mind when thinking about contemporary activist campaigns. In both instances, social media was used as a space for victims to express their rightful outrage at the state of the country. These groups would be hard pressed to receive the attention that they did without social media providing a democratized manner of entering the public consciousness. It’s because of the digital landscape we inhabit that these important social movements were possible. However, not everything about the development of social media has generated positive results.

A New Yorker article highlighted the appalling underbelly of the electronic “utopia” in which we inhabit. It draws a parallel between the invention of the printing press and the development of the internet and social media. In both instances, it asserts that opening the floodgates of information will cause great change, as well as similar unintended consequences, thus giving a platform to the wrong voices.

From appalling sites like 8chan, a home for Neo-Nazis and school shooters, to Russian interference in presidential elections, the internet is covered in grime. People are able to emit the most disturbing thoughts into the universe, and hackers have access right into our homes. Why do you think most young people’s social media accounts are private? We’ve been deprived of any safety regarding our personal information.

Aside from the destructiveness and hate housed on the internet, serious problems arise from an oversaturation of media.

“The initial promise of social media was that it would circumvent traditional information gatekeepers and give access to greater diversity of often excluded voices. And it has delivered on that,” professor of sociology Richard Lloyd said.

While this is a great benefit from the democratization of access to public attention, in the digital age, everyone has the ability to garner attention for better or worse. TV stations and newspapers can’t curate what the average person sees or reads. So, if anyone can release content, only the flashiest titles garner clicks. These titles are engineered to receive attention based on our personal information.

The quest for attention and virality has enormously contributed to the party polarization that’s developed over the past two decades. When too many people are able to speak all at once, a few loud voices come to represent entire groups of phantom people that only exist in the mind of the opposition. When someone anonymously posts online, the imagination of the reader engages. The internet muffles voices and amplifies imaginary conflicts. The other side becomes demonized due to the splashiest voices receiving the most attention.

Polarization is further stiffened by individuals being able to curate their own content.

“Social media contributes to the increasing ability of people to sort into political echo chambers, and also to be micro-targeted by campaign appeals tailored to their specific dispositions,” Lloyd said.

As a result, we’re divided along an invisible schism and everything is partisan. As a result of this chaos, many people are turning a blind eye to politics and current events entirely.
As much as younger generations are finding their voices on social media to express their opinions, there are an equal amount of complacent, unbothered voices.
So while the internet has led us into a new, progressive era, it’s also the root of a multitude of issues. It’s laced with duality. We should revel in unfettered free speech and use our voices impactfully, while also remaining aware that people will use theirs for worse purposes. A decade out from the genesis of social media, we have to look with skepticism toward the platforms that have risen to dominance.

Facing forward to this November’s election, it’s important to distinguish between virtuality and reality. Researching candidates thoroughly, watching the televised debates and speaking with people of differing opinions is paramount, rather than choosing to stay in the Twitter echo chambers of particular candidates . If we’re going to learn from 2016, we have to be careful consumers. Therefore, the most “woke” thing to do is to strike a balance between logging on and logging off.