Athletics director Malcolm Turner resigns after one year at helm 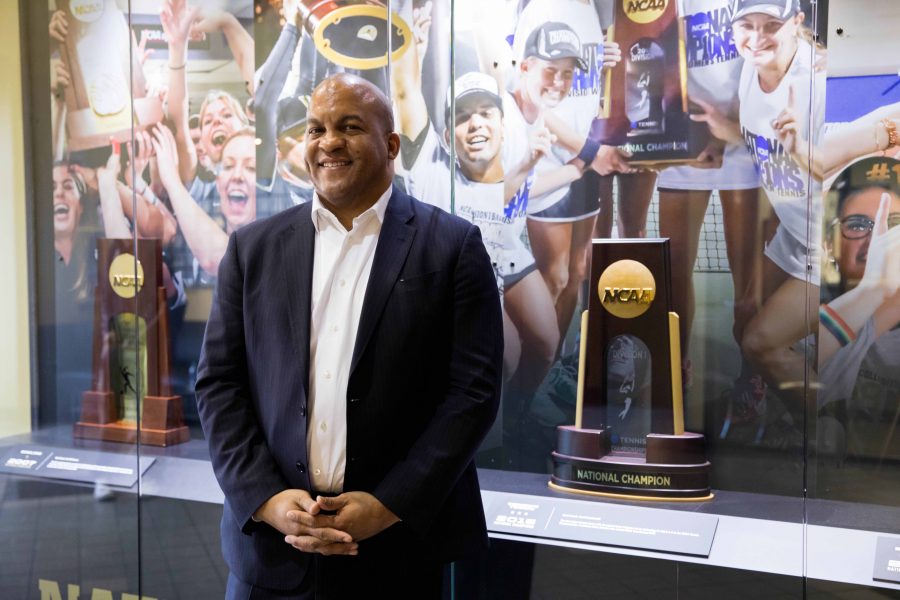 Athletic Director Malcolm Turner has resigned, per a statement from the University

This story will continue to be updated as The Vanderbilt Hustler receives more information.

Malcolm Turner has officially resigned his post as Vanderbilt Athletic Director, per a university announcement this morning.

“In a year of change and transition, it’s been a privilege to be a Commodore and witness firsthand the transformative power of the intersection of higher education and athletics. Vanderbilt Athletics has accomplished a great deal during my time at Vanderbilt, and the university’s athletics program and student-athletes are poised for future success,” Turner said in a university release. “However, at the onset of this next critical phase of key Athletics initiatives and after considering certain family commitments important to me, I have elected to pursue new opportunities. I fully support what will surely be an exciting next chapter for Vanderbilt Athletics and wish the entire Vanderbilt family the very best going forward. Thank you.’”

Turner’s term ends abruptly, as he had just completed one full year on West End and never saw the execution of his long awaited Strategic Plan for Athletics.

According to Chris Lee of vandysports.com, rumors of tension between Turner and Vanderbilt had “swirled for weeks” mostly due to Turner’s excess spending that was creating huge deficits very quickly.

Vandysports.com also reported that David Williams left behind a “rainy day” fund of about $17 million dollars that Turner blew through over the course of his one year tenure.

Turner did not make an appearance at the men’s basketball game on Saturday during which the university honored the 1993 men’s basketball SEC Regular Season Championship team. He then missed the baseball banquet that same evening.

“We appreciate Malcolm’s service to the university in support of our student-athletes and wish him the best in his future endeavors,” Interim Chancellor and Provost Susan R. Wente said in a university press release. “We are grateful for the contributions he has made during his tenure.”

“Candice embodies the Vanderbilt Way, which is our commitment to ensuring that student-athletes excel on the field of play, academically and in life,” Wente said in the press release. “Candice is a trailblazer. Her unparalleled work ethic, energy and vision, and steadfast commitment to the Commodore family, will only build on our momentum.”

Lee will become the first female athletic director in Vanderbilt’s history and the first African American woman to head an SEC athletics program.

Lee knows Vanderbilt well, both as a student athlete and as an administrator. She was a four-year letter winner for Vanderbilt’s women’s basketball team and has served as a university leader and athletics administrator for the better part of 20 years. She has been the athletic department’s senior woman administrator since 2004 and most recently, she served under Turner and the late David Williams as deputy director of the program.

Lee also worked closely with Turner in the construction of his Strategic Plan for Athletics, a plan that was never fully integrated, but one that she will carry on into her regime.

“Vanderbilt is a special place, and this is a very exciting time—we are charting the future course of Vanderbilt Athletics. I am excited to work with our coaches, our staff and our student-athletes as we move forward,” Lee said in the release.

With basketball season well underway and baseball season on the horizon, Vanderbilt head coaches Jerry Stackhouse and Tim Corbin are already speaking out in support of interim athletic director Lee.

“Candice is intuitive, communicates extremely well, is unafraid of challenges and operates with great care around people. She is my friend, a trusted colleague and someone I have leaned on through our time here at Vanderbilt. I look forward to working with her in her new role,” Corbin said in the press release.

One of Turner’s biggest moves during his time in Nashville was bringing in Jerry Stackhouse, current head coach of Vanderbilt’s men’s basketball team. The two worked together during their tenures at the NBA G-League and were very aligned in their goals for Vanderbilt basketball, thus Stackhouse was certainly surprised by his friend’s departure.

“We were all surprised, we were just looking forward to this week, on Thursday talking about our plans moving forward, having a good day talking about athletics and our strategic plan and we are still looking forward to that,” Stackhouse told the media Tuesday. “Not a lot of warning or anything, just the fact that it happened pretty quickly. The last I had heard was that we would be meeting on Thursday to talk about the plan, so again it was a surprise, but life is full of surprises.”

Nonetheless, Stackhouse remains committed to Vanderbilt and is focused on returning Vanderbilt basketball to its rich and successful history.

Stackhouse noted that he is excited to begin working with Lee, with whom he has spent ample time in his short tenure at Vanderbilt.

“She has an understanding, she played here, she understands what it looks like. Quite frankly, there is nobody better to know how you have to navigate the waters here at Vanderbilt. We are looking forward to her leadership,” Stackhouse said.

Vanderbilt men’s basketball will host LSU on Wednesday, which will mark the first game in Candice Storey Lee’s quest to turn around Vanderbilt Athletics.