The sustainability push includes a commitment to maximizing waste diversion from landfills and supporting the creation of a solar panel farm in Bedford, Tennessee. 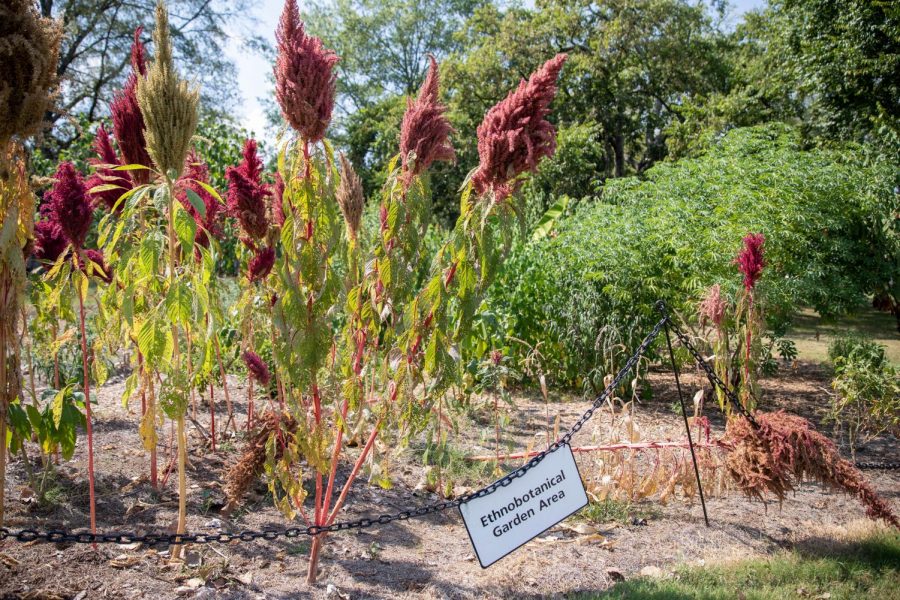 Vanderbilt's ethnobotanical garden came to the university in 2017.

Vanderbilt has committed to a goal to reach zero waste by 2030. Zero waste is defined differently by different groups, but for Vanderbilt, achieving zero waste would mean diverting at least 90 percent of all waste that would otherwise end up in landfills through methods such as composting, reusing or recycling. This goal coincides with a different effort to reduce overall waste generation by 30 percent by 2030, as compared to 2017 levels. Supporting actions include ending single-use plastic purchases on campus (except for laboratory use) as well as expanding food waste collection infrastructure in all dining areas and residential halls by 2030.

In addition to the waste reduction commitment, Vanderbilt has also entered into a renewable energy agreement with the Tennessee Valley Authority (TVA) and Nashville Electric Service. These commitments to reduce the campus environmental footprint function as part of Vanderbilt’s FutureVU’s sustainability efforts.

Beginning in Nov. 2018, a group consisting of Vanderbilt faculty, administrators, student representatives and stakeholders conducted a Zero Waste Study to determine a strategy for campus to greatly reduce its waste output and maximize waste diversion from landfills. This culminated in the Zero Waste Master Plan which detailed the Zero Waste working group’s findings.

“This is really big regionally,” VSG President Frances Burton said. “Vanderbilt University is really setting the tone for what a higher education institution can do in terms of reaching large sustainability goals for a college campus.”

“Vanderbilt is putting its money where its mouth is,” Vandenbergh said. “Our hope is that other corporations and institutions will see this as a model for what they might need. The step that Vanderbilt is taking here is part of a much larger global movement, even if actions taken at the federal and state level fail to do so.”

The details of the TVA agreement call for a large portion of Vanderbilt’s current energy consumption to be offset by renewable sources. One of these sources includes a solar farm in Bedford County, Tennessee to be built by Silicon Ranch Corporation. This deal will help the campus facilitate its 2050 objectives to reach carbon neutrality and source all of its power from renewable methods.

According to Vandenbergh, the Bedford County solar farm will feed an equivalent amount of 70 percent of Vanderbilt’s total energy consumption into the TVA power grid that the campus will use.

Student organizations such as VSG and Students Promoting Environmental Awareness and Responsibility (SPEAR) played active roles in the Zero Waste Study and pushing for more environmentally-friendly change on campus.

“I think to have the zero waste pledge and the renewable energy project with TVA is really big victory early-on in reaching that 2050 goal,” SPEAR President Keegan Campanelli said.  “When you look at the fact that Vanderbilt is a really major leader in Tennessee, I hope that other institutions will make similar decisions.”