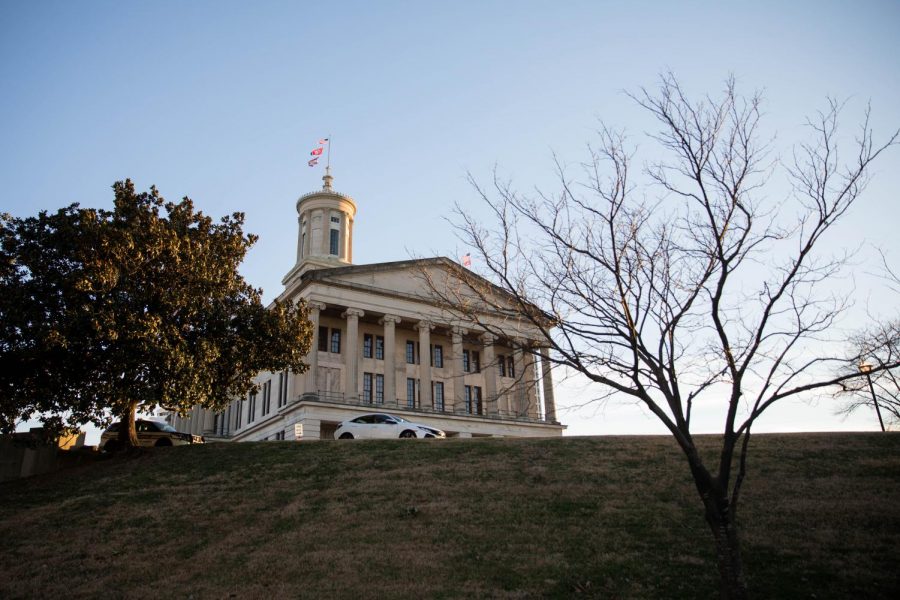 Vanderbilt students will present policy briefs on Capitol Hill in Washington, D.C. during their spring break.

Tennessee Gov. Bill Lee signed a bill into law that prohibits the state of Tennessee from terminating taxpayer funds for adoption agencies that refuse couples due to religious or moral beliefs Jan. 24. The legislation most notably affects LGBTQI couples whom Tennessee adoption agencies can now deny without facing legal repercussions.

After passing in the Tennessee House in April 2019, the bill’s progress stagnated until it was reviewed and passed by the Senate Jan. 14. The bill passed by a wide 20-6 margin despite being met with vocal criticism from both Senate Democrats and Republicans. Five Senate Republicans abstained from voting, and Sen. Steve Dickerson (R-Nashville) voted against the bill.

“For the body, we all know what this bill is about,” Dickerson said during Senate floor debate. “It gives agencies the latitude to not place children with same-sex couples.”

Although Dickerson and various LGBTQI organizations—such as the Tennessee Equality Project and Lambda Legal—have opposed the law on the basis that it targets same-sex couples and limits opportunities for children to be adopted, Gov. Lee and Sen. Paul Rose, the bill’s initial sponsor, perceive the legislation as an important measure for protecting religious freedom.

“This bill is solely about freedom,” Rose said.

However, such freedom may come at the expense of discrimination against members of the LGBTQI community, said Associate Director of the Women and Gender Studies Department Elizabeth Covington.

“I think that it can be both. I think it is aimed at religious freedom,” Covington said. “That being said, the idea that this kind of discrimination can happen based on these sorts of religious beliefs is something that we have seen in this country before.”

Covington likened this bill’s passing to how past American legislators justified slavery and segregation with principles from religious texts.

Regardless of the law’s original aim, proponents and opponents of the measure anticipate that the legislation will have broad-spanning consequences.

In a statement emailed to the Hustler, Rose expressed optimism that the guarantee of religious freedom for Tennessee adoption agencies will strengthen statewide child placement services.

“Our faith-based agencies, which makes up about 12 to 15 percent of placement agencies, have played a vital role in helping serve these vulnerable children and the adoptive and foster parents who want to care for them,” Rose said.  “This bill helps ensure they will continue to do this vital work into the future.”

However, opponents of the measure assure that the law will only limit the number of families that unhoused children may be adopted into.

As he argued against the legislation on the Senate floor, Dickerson also noted that the impact of enabling adoption agencies to discriminate against LGBTQI individuals may stretch beyond the child placement system. Specifically, Dickerson expressed concern that the measure may deter major businesses, tourists and mass entertainment events—such as the NFL Draft and NCAA Men’s Basketball Tournament—from the state of Tennessee.

Dickerson’s hypothesis likely stems from the controversy surrounding the 2017 NBA All-Star Game, an event that the city of Charlotte temporarily lost the right to host due to North Carolina’s enactment of an anti-transgender bathroom law.

Following the adoption bill’s passage in the Senate, the American Civil Liberties Union (ACLU) urged Gov. Lee to abstain from signing the bill into law, and Amazon, the e-commerce leader currently building a new Nashville facility expected to employ over 5,000 people, also vocalized their opposition to the legislation.

Should opposition to the law persist, Covington believes that a scenario could unfold where a state or federal court may revise or overturn the legislation. According to Covington, such a scenario would require a couple refused by an adoption agency to sue the state of Tennessee on the basis that the adoption agency’s practices violated the Equal Protection Clause of the Fourteenth Amendment of the Constitution. From there, Covington projects that the ACLU would provide lawyers for the petitioning couple.

“Tennessee can make this decision. The problem is that they cannot make any decisions that fly in the face of our federal Constitution,” Covington said. “What the ACLU would argue is that the federal government has weighed in on this in the shape of the Fourteenth Amendment and equal protection under the law.”

The ACLU has already sued the states of Michigan and South Carolina for similar violations of equal rights under the Constitution. In Michigan, the ACLU’s lawsuit resulted in a settlement that prohibited the state from turning away LGBTQI families for religious reasons. The lawsuit in South Carolina is ongoing.

From a broad standpoint, Tennessee’s adoption law is symptomatic of a national trend toward resisting LGBTQI rights. In Jan. 2020 alone, 25 anti-LGBTQI bills have been proposed nationwide, including bills similar to the one Gov. Lee signed in Kentucky and Missouri.

The Trump administration is currently proposing a rule to afford adoption agencies religious exemptions on a national level.