Multiple publications rank the Commodores atop the college baseball world prior to the 2020 season. 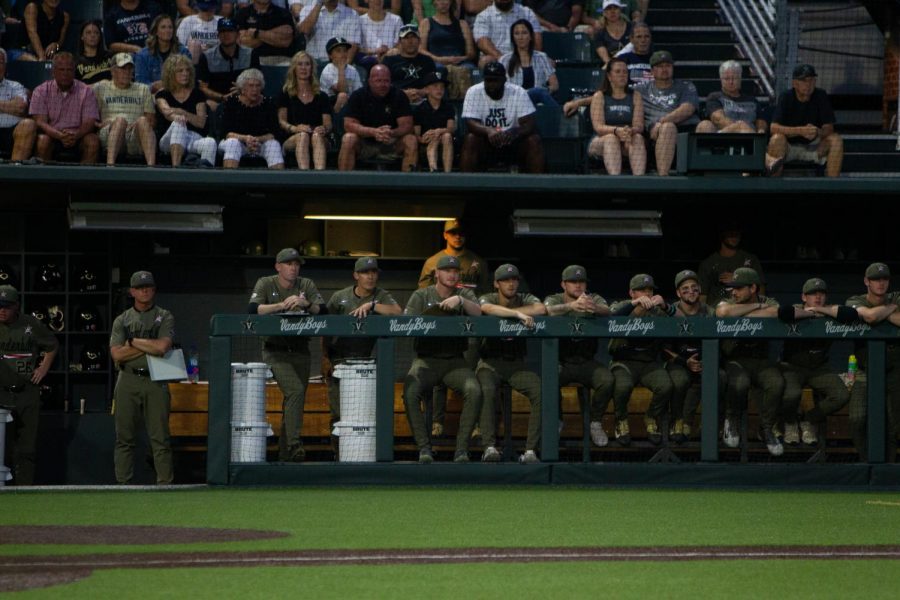 Seven months removed from a National Championship at the College World Series, the Commodores prepare for their title defense.

College baseball is officially on the horizon. Less than one month separates today and Vanderbilt’s opening day matchup with the No. 13 Michigan Wolverines.

After last year’s team won its second title in six years, defeating Michigan in the College World Series Finals while establishing itself as one of the premier dynasties in all of college baseball history, the VandyBoys will look to remain on top and repeat as National Champions. The 2019 team won an SEC record 59 games and had 13 players selected in the Major League Baseball Draft (another SEC record). The Commodores won both the SEC regular season crown and SEC Tournament for the first time since 2007 while setting new single season marks in home runs (100), RBIs (541), walks (339), runs (578) and strikeouts (765). In the end of season SEC Awards, manager Tim Corbin was named SEC coach of the year, and six players made respective SEC award teams or were honored, including outfielder JJ Bleday, who took home SEC Player of the Year.

However, manager Tim Corbin and this team are ready to wipe the slate clean, as this coming season represents a fresh start and a chance to make history again. Here’s a preview of the many preseason accolades the Commodores have earned and the key contributors to the 2020 squad.

For yet another season, Vanderbilt baseball has been ranked as the No. 1 or No. 2 team by virtually every major college baseball publication. Baseball America has picked the Commodores as the favorite to win the title as its top-ranked team. This selection represents the third time Vanderbilt has taken the publication’s preseason top spot; the team took first in 2015 and 2019 as well. Collegiate Baseball has the VandyBoys as the second best team behind Louisville, whom Vanderbilt beat in the College World Series semifinals a year ago. Tim Corbin’s squad has been inside the top ten in their rankings in ten consecutive seasons. D1Baseball and Perfect Game also have the team as No. 2 in their respective publications.

Perfect Game also picked Austin Martin and Kumar Rocker as the top draft pick projections for the 2020 and 2021 Drafts respectively.

Following the departure of Bleday, who was last year’s No. 4 overall pick by the Miami Marlins, as well as pitcher Drake Fellows, shortstop Ethan Paul and catcher Philip Clarke, among others, Vanderbilt will look to its returning players to pick up the slack and help carry the team back to Omaha.

Sophomore starting pitcher Kumar Rocker will anchor the pitching staff as the No. 1 ace while looking to follow up his spectacular 2019 campaign. In his final 11 starts, the righty went 10-1 with a 2.17 ERA and struck out 82 batters in 70.2 innings. After going 2-0 with a 1.46 ERA in Omaha, Rocker was named the College World Series Most Outstanding Player. He had a start for the ages in the winner-take-all third game of the Super Regional against Duke in which he pitched 19 no-hitters, becoming onlythe eighth player to do so in the NCAA Tournament.

While Tim Corbin is still deciding where to play Austin Martin on the diamond this season (he has seen time 1B/2B/SS/3B/OF at Vanderbilt), there is no doubt he will be a force at the lineup after hitting .392 last season. The junior led the SEC in batting average last season and posted career bests in hits, home runs and RBIs last season. He has also decreased his strikeout numbers and upped his OPS over 1.000. Martin played the bulk of last season at third base, and it is certainly possible that he will be in the opening day lineup as a shortstop or center fielder. Look for Martin to continue to show why Perfect Game has him as the projected No. 1 pick in this year’s MLB Draft.

Junior right-handed pitcher Mason Hickman will provide a key one-two punch at the top of the rotation for Tim Corbin’s team. Hickman was crucial in Game Three of last year’s College World Series Final, allowing one run and striking out ten. During the season, he pitched to a 2.05 era, fourth best in the SEC and 24th best in the nation. His 6’6”, 229-lb. frame allows him to deliver a low 90’s fastball and devastating slider. Mason will try to take a major step forward in his junior campaign.

Closer Tyler Brown will continue to be a stalwart at the back end of the bullpen for the Commodores in 2020. A year ago, Brown set the SEC Record with 17 saves and pitched to a 2.19 ERA as he helped Vanderbilt close out big games and limited opponents to a .229 average in his six NCAA Tournament appearances.

Lastly, despite Vanderbilt being the favorite to repeat as champions, the VandyBoys will not have an easy road to begin with. The schedule features several daunting matchups including those against UCLA, Michigan (a rematch of the National Championship) and Louisville. The SEC is tough as well with seven teams in the Top 25. Florida (No. 4), Georgia (No. 7), Mississippi State (No. 9), Arkansas (No. 11), Auburn (No. 13) and LSU (No. 14) are all formidable opponents. Despite losing several key starters to the Draft, including its entire starting outfield, Vanderbilt still boasts one of the best rosters of any team in the nation,earns the honor of favorites and will definitely play like it.

Vanderbilt opens the season Feb. 14 in the MLB4 Collegiate Tournament in Scottsdale, Arizona, where the Commodores will have a rematch of the College World Series finals with Michigan before squaring off against UConn and Cal Poly.