At her ordination Jan. 12, Dawn Bennett made history and spoke of the support that Vanderbilt Divinity School provided her. 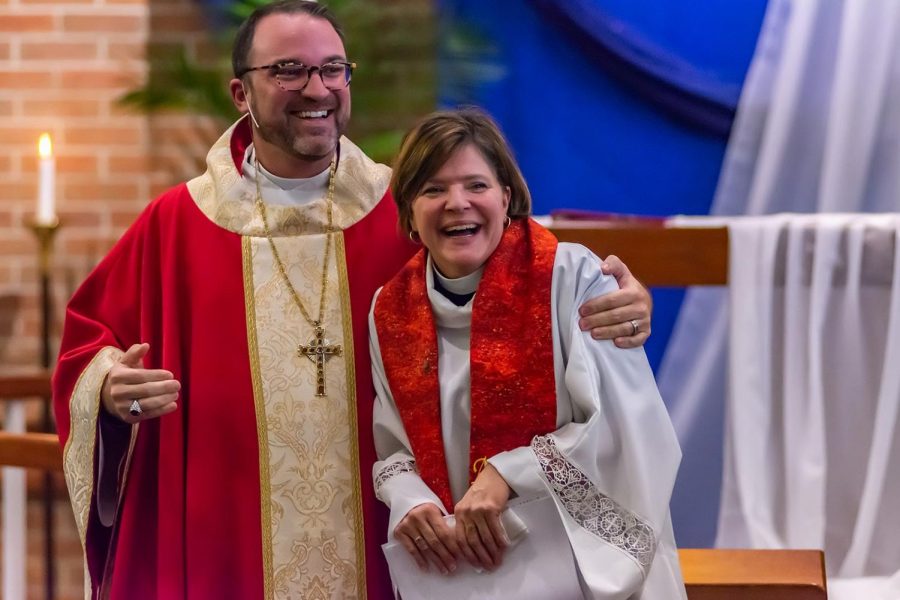 The ordination at Christ Lutheran Church drew a crowd of loved ones and community supporters. (Photo courtesy Quentin Cox)

In a room filled with the hymns of a black gospel choir and nuns dressed in drag, Nashville’s first queer female Lutheran pastor united many last week who showed up for her ordination. While sporting rainbow Converse, Vanderbilt Divinity School (VDS) alumna Dawn Bennett celebrated her ordination on Jan. 12 at Christ Lutheran Church.

Bennett’s journey to Vanderbilt Divinity School and becoming ordained was not easy. Born into a New England Catholic family with a father who served the church as a deacon, two gay brothers and a lesbian sister, Bennett notes the varying spiritual beliefs that influenced her throughout her life. Despite her immediate family later leaving the church, Bennett delved into advocacy work and began considering divinity school. 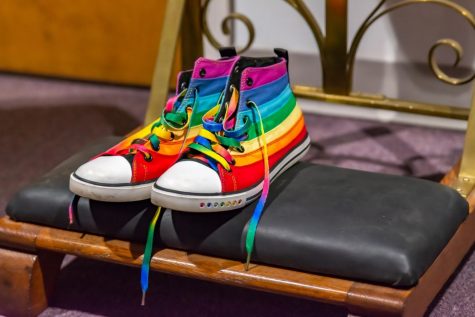 Once at Vanderbilt, she felt the support of the community, she said. With the help of VDS faculty such as Professor of the Practice of Ministry Forrest Harris, and Assistant Theology Professor Evon Flesberg, as well as Dean of VDS Emilie Townes, Bennett learned to set goals, excel academically and personally and make life-long relationships, she said. VDS also supported her when she came out as a queer woman.

Being one of the eight queer VDS students at the time, Bennett helped start the tradition of making graduation stoles for queer members of the ministry. While she struggles with the lack of diversity in her own denomination, she praises VDS for working to address cultural and racial disparities and for striving to be LGBTQ+ inclusive.

“All of my work at Vanderbilt circled around diversity and inclusion. It circled around reconciliation,” Bennett said. “It circled around sharing and promoting and teaching the love of what I perceive to be an abundant God; an all-inclusive God; a God who celebrates every single morsel of creation.”

Outside of Vanderbilt, the Lutheran church initially assigned her to the New England area, but after a long talk with the Bishop, Bennett was eventually assigned to Nashville.

“There’s so much spiritual harm here [in the Deep South], so much spiritual trauma here, between fundamentalism, evangelicalism, the ‘burn in hell theology’ that is very problematic for many many people, children commit suicide and families break,” Bennett said.  “I didn’t get away unscathed from that.” 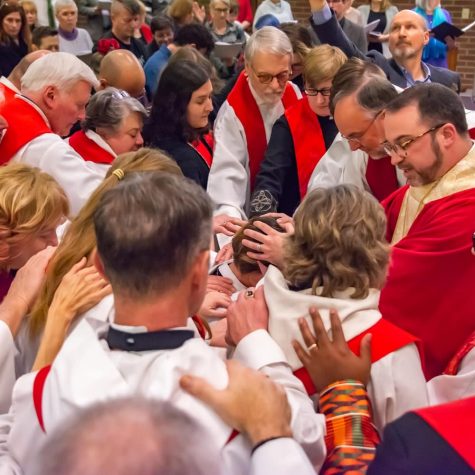 As she continues her work throughout the city, she sports a tattoo formulated in the pattern of a heartbeat with four names that represent three children, including both the former and current names of her transgender son. She is also rarely seen without a religious pin of hearts in the colors of the rainbow. As a cisgender woman, she wants to spark conversation with people who might not always have the opportunity to speak out about their experiences.

“When I’m with transgender folks, I tell them that there’s a time when my sidewalk ends and yours keeps going. It’s an opportunity for me to learn about the beauty and the diversity of the world,” Bennett said.

She hopes to continue to interact with Vanderbilt through programs such as Vanderbilt Medical Center’s Trans Buddy Program and the K.C. Potter Center. She will be hosting events for LGBTQ+ youth in the Nashville area in the upcoming months.

Bennett will be working as a pastor at The Table, a new ECLA Lutheran worshipping community focused on including LGBTQ+ individuals and the formerly incarcerated, highlighting family, faith, and self-reflection. Bennett acknowledges that there were many twists and turns along her path, but that there was only one true direction for her life.