Opinion: The Vanderbilt Kleptodores– why students are stealing and what the university can do to combat it

The psychology behind the rampant theft occurring on and off campus and how Vandy can mitigate it by putting its students’ pockets first. 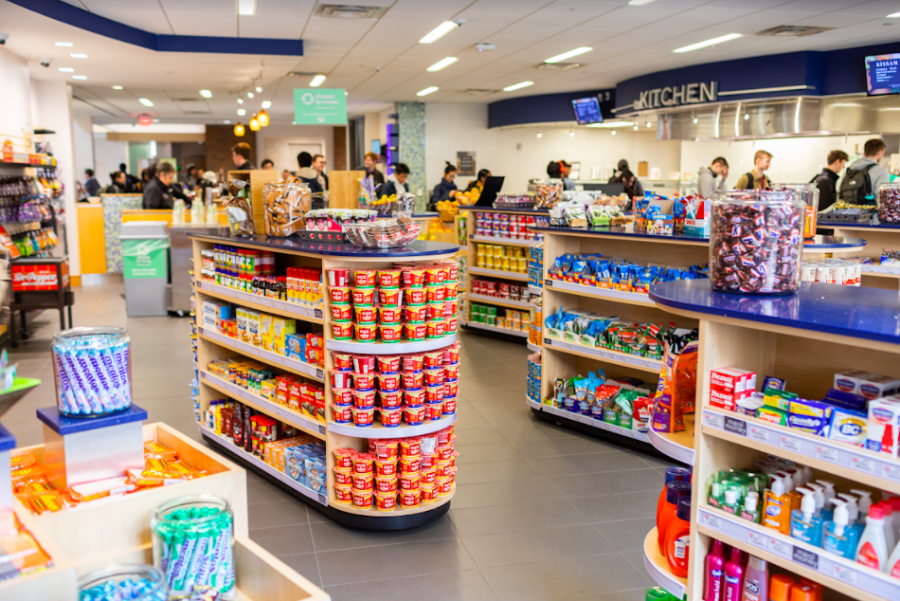 Aside from my daily hunt to secure a Rand booth, my favorite lunchtime entertainment is watching the cavalcade of people sneakily leaving the food area, items in tow. A cookie here, a cup of coffee there, and if you’re lucky you might even see someone exiting with an entire tray of food. Outcomes vary wildly from slipping away unnoticed to being chased down through a crowd of people by one of Rand’s employees. My question is, why is this so normal for Vanderbilt’s campus, and why is it such a particular problem?

It’s no secret that Vandy students have sticky fingers. That’s putting it lightly. We’ve all witnessed someone let their friends into EBI through the back door, or seen someone slip out of a Munchie without swiping. We’ve also seen people walk out of cafés and stores around campus like Food for Thought, snacks in hand.

“I’ve stolen an entire meal from Rand,” one student said. “If they’re not going to feed me during finals week, honey, I’m going to take what I need.”

One student offered that the reason why they stole from Food For Thought was because they had just purchased their textbooks and they wanted to save their dwindling Commodore Cash.

Talking with students contradicted my assumptions about the problem. I initially thought that student theft was just another instance of the entitled Vandy student thinking they can do whatever they want or take whatever they want without consequence. However, when interviewing across campus, I began to realize that the large number of people who had stolen on or off campus were embittered with specific issues that had led them to do so. In other words, it’s not in their nature to steal. They were driven to do it.

From my understanding, the amount of stealing on campus is symptomatic of the feeling that students are getting constantly “ripped off” for a multitude of reasons. Whether it be an overpriced stack of new edition textbooks that the professor will never even require you to open; large, compulsory meal plans; or costly, yet wildly varying housing, it seems as though nothing is working in our favor financially.

In no way do I want to trivialize or defend this problem on campus. Stealing is bad. However, the prevalence of this issue casts light on certain feelings that students on campus are experiencing that must be understood and ameliorated. Thus, I would like to propose certain changes that Vanderbilt can make in order to mitigate theft on campus.

First, the most pressing matter is campus meal plans. While one might say that requiring students to pay for a large number of meals per week would limit theft, it’s actually the opposite. If you have several unused meals left at the end of the week that you were required to pay for, you could understand why one might want to exact justice and take a bag of chips. It’s counterintuitive, but when people feel like meal plans are blatantly profiteering off of them, stealing may feel like a way to right the wrong. So, allowing students to select how many meals they would normally eat in a week will prevent against unused meals and subsequent theft.

Second, the lines at dining locations during peak meal hours have gotten out of hand. With inefficient lines stretching out of the door in Rand, EBI and Grins, many students complained that the only way to get lunch between classes was to take something and go. Long lines seem to be a symptom of having few dining options. If more stations could be opened in Rand or other locations, students could disperse and lines would subside.

Another solution to this issue is an update of the Honor Code to include theft. Many other universities use the phrase “lying, cheating, and stealing” as the basis for their student expectations. Notably ours only focuses on academic violations. Policies regarding student conduct such as stealing need to be amended to the Honor Code, as signing a written agreement against theft could minimize this phenomenon.

As for other expenses associated with college like pricey textbooks or housing, there’s not much that can be done. Unfortunately, there are many skyrocketing fees associated with attending a private university like this. Hopefully, professors think carefully about the texts they assign to their students, as this can be a major financial burden. All one has to do is to stand in Barnes & Noble on syllabus week to see the pandemonium that ensues as students in the checkout line call their parents to see how they’re going to pay for their books.

I’m not condoning stealing in any way, and I would caution students against it. However, there are serious problems on campus like unfair meal plans and inefficient dining options that were most frequently cited as reasons as to why students felt compelled to steal. Unless sentiments of getting milked dry for money can subside, this will remain a problem on our campus.