The “Kissamwich”: Does it compete with the Rand staple?

We had high expectations for the sandwiches that were introduced to Kissam this semester, featuring bread from Frothy Monkey. What we experienced didn't quite hit the mark. 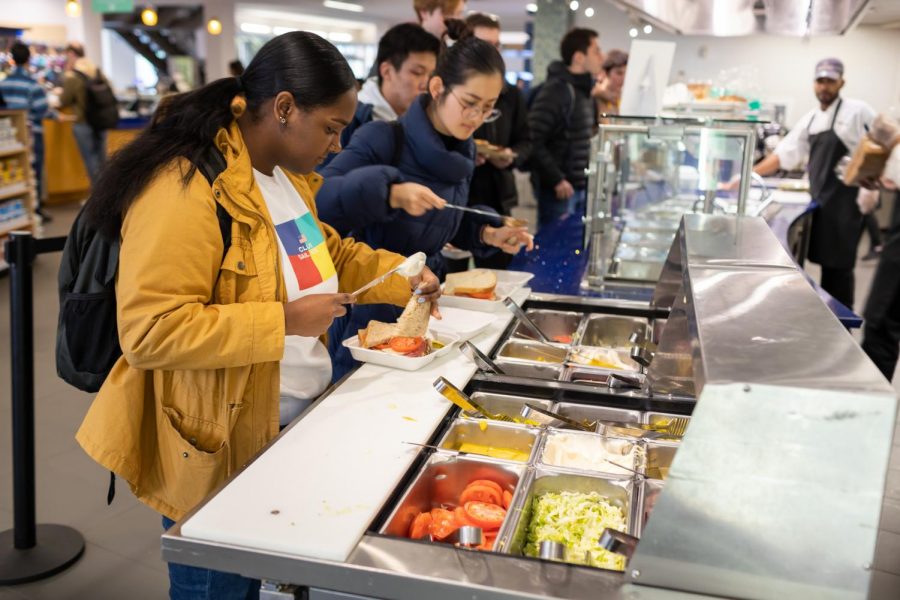 Kissam seems to have dropped the ball on its new sandwich options.

On any given day during the lunch rush, students have to wait an absurd amount of time just to get food. In an attempt to eliminate this irritating lunch line problem, Vanderbilt has decided to make Kissam available as another dining option for students. I decided to check out Kissam’s lunch to see if it would compare to my beloved Randwich. 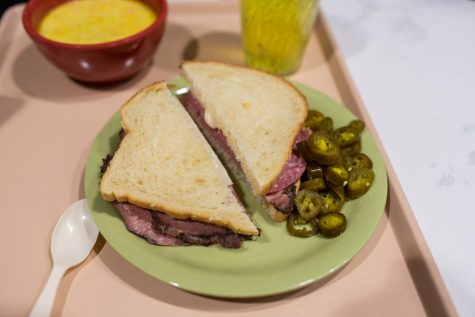 Emery LittleThe roast beef sandwich from Kissam wasn’t much of an upgrade from Rand.

When I got to Kissam around noon, the line was already spiraling through the building. Despite my fear of not being able to get to my 1 p.m. class on time, the line was moving surprisingly quickly. Kissam lunch offers sandwiches, salads and soup options, depending on your mood. I opted for a chicken salad sandwich, while my friend got a roast beef sandwich with tomato soup.

The meat options that were available were very similar to what you can expect at Rand. However,  one deal breaker for me was that they did not have a toaster– a lack which significantly lowered the quality of my sandwich. They also don’t have wrap options yet, which limited the extent of my creativity when whipping up my sandwich.

The soup was pretty good, especially paired with the sandwich, but it wasn’t anything groundbreaking and frankly reminded us of the tomato soup that is usually offered at Branscomb’s Munchie Mart.

The roast beef was fine, but tasted a little questionable on the cold bread. If it isn’t obvious yet, crisp, toasted bread is objectively an essential part of a high quality sandwich. Because of the lack of a toaster at Kissam, the Randwich remains far superior. 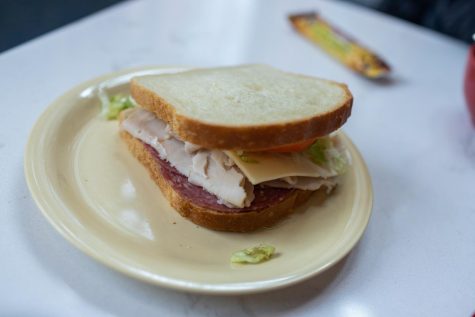 Emery LittleThe warm, crispy sandwich that is delivered at Rand isn’t an option at toaster-less Kissam.

However, one major bonus of Kissam lunch that distinguishes it from other dining options is that you can choose your sides right from the Munchie Mart instead of having to opt for Rand’s chips which (hot take) just aren’t that tasty. Munchie provides you with so many new options for sides that you usually don’t get with a hot meal at Vanderbilt. I snagged a Clif bar to save for later, but your typical staples like cookies or Pringles are also available if you’re looking for something to distract you from your cold sandwich.

To be honest, I was really excited for Kissam lunch, especially as the rush hour lines seemed to grow exponentially at Grins, Food for Thought and Rand. I was in dire need of a place to get a sandwich that didn’t require standing in line in the middle of the crowded cafeteria for half an hour. But, alas, the promises of Frothy Monkey bread and swanky new deli meats at Kissam simply did not deliver. If you are cutting it short on time and need to grab food fast before class, the mediocre quality food at Kissam could be a fair bet. But for now, it seems like Kissam has some work to do.