Explaining the origin behind the long-honored tradition of white ballgowns and silk gloves. 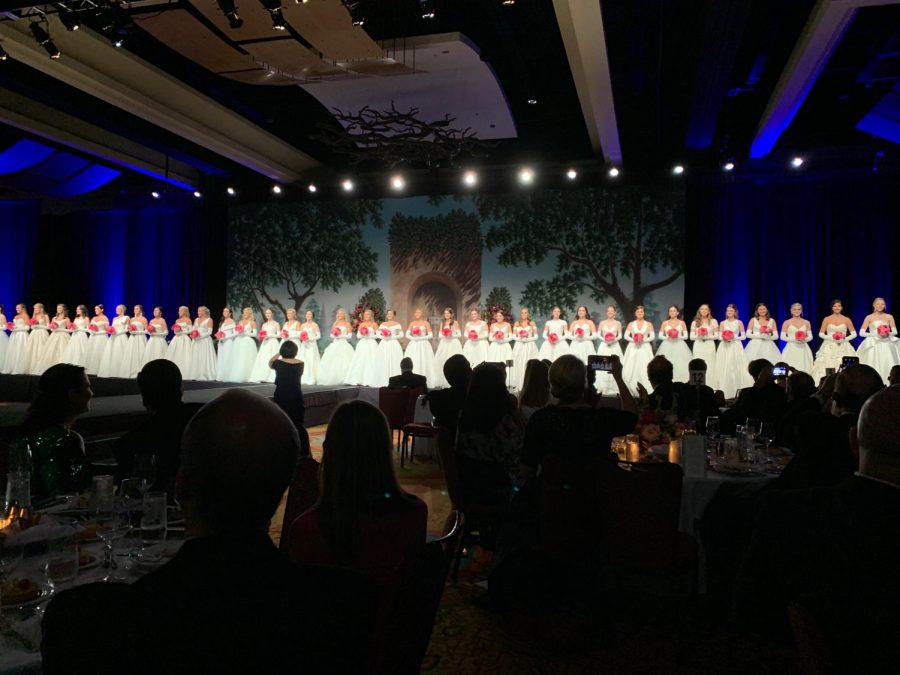 Emily Zeller and the other debutantes at the ball line up in preparation for their formal entry to society. Photo courtesy Emily Zeller

Debutante season, that time of the year when teenage girls in white dresses flood your Instagram feed, is now coming to an end. To those outside of the circle, the elaborate balls and extensive guest lists seem to define a debutante ball. But depending on where you are from, debutante balls can carry a variety of meanings. While they aren’t as common up north, they are a heavily debated subject in the area around Vanderbilt and evoke strong opinions for many.

The first debutante ceremonies originated in London in the late 18th century and soon spread west to the United States. The classic ball signified a young woman’s entrance into adult society. This aristocratic tradition served as a way for families to let eligible suitors in the community know that their daughters had come of marriageable age. 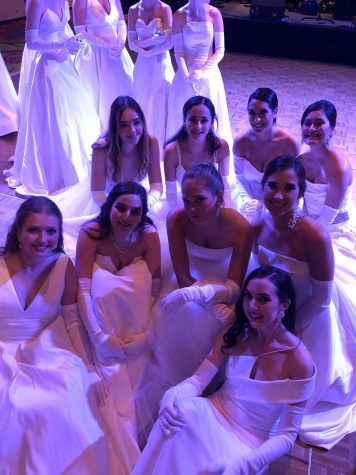 Today, debutante balls are meant to celebrate a symbolic tradition rather than to fulfill their original purpose. They are commonly hosted by charity organizations and often are arranged differently depending on the region. In the South, debutantes can be anywhere from 16 to 21 years old, whereas in the North debutantes usually fall into the older end of the range.

First-year Emily Zeller’s debutante ball was sponsored by The San Antonio Symphony League, a charity that followed her throughout her preparation to debut as a member of “society” following her celebration.

“For the four years leading up to the event, the debutantes and I would volunteer at local symphony events together and learn more about the cultural impact of the Symphony in San Antonio,” Zeller said.

There are often certain rituals that a debutante performs in order to “enter society,” including wearing white dresses and gloves before being introduced to an audience. The gloves are commonly referred to as “kid gloves” and may be removed after the presentation. While being presented individually with their approved escort, each girl has to curtsy or perform a special bow to the crowd. After that, the night becomes a celebration for everyone in attendance.

“Before the ball, I volunteered in a day of service with Special Olympics Pennsylvania,” debutante and Vanderbilt senior Ellie Neilson said. “We had a whole day of practice beforehand where we learned how we would be presented, the steps to our dances and general etiquette tips. But I’m from Philadelphia and I know my process was different from what my friends in Louisiana and Alabama had.”

While debutante balls exist in most major cities, the tradition is more commonly found in southern regions. Debutantes are typically chosen from a selective committee or by an established member in the community. Family lineages can also play a role in deciding whether or not to get involved. 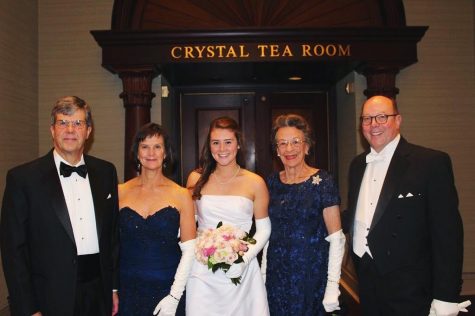 Ellie Neilson was influenced by her mother and grandmother, who were both also debutantes, when she chose to participate as well. Photo courtesy Ellie Neilson

“My mom and my grandmother were both debutantes, and they were the ones who really encouraged me to participate. I was the only one out of my close friends going through the process,” Neilson said.

The elaborate balls aren’t for everyone though. Some girls choose to have alternative parties where they may be presented  individually or with a few friends, instead of through a large celebration. Whether or not the ball has any impact on the debutantes’ future also varies person-to-person. Neilson commented that she didn’t feel as though anything had changed once her debutante ball was over.

Zeller said that she would consider participating in a final debutante ball with her friends once she turns 21, but the most lasting impact of her experience was the philanthropy that sponsored her event.

“The year I was a debutante, the Symphony stopped receiving city funding, so I hope I can continue to support it so that it can survive,” Zeller said. “I got to see first-hand how the Symphony supports so many areas of the city.”