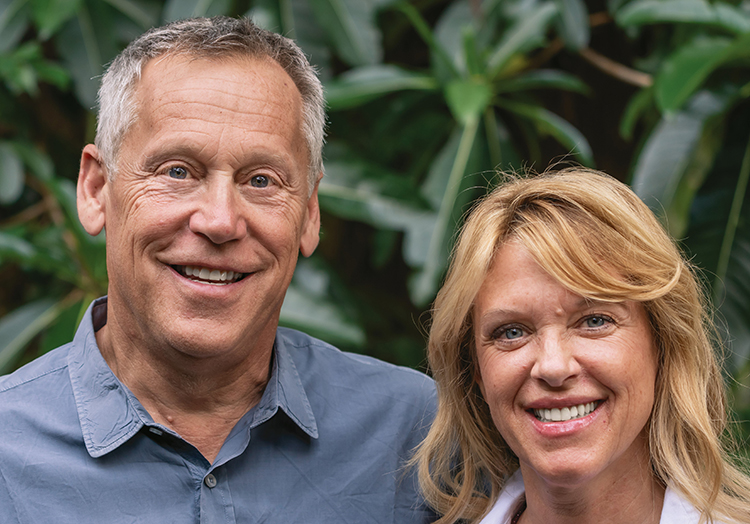 Vanderbilt alumnus George B. Huber and his wife Cathy donated $5 million to the men's basketball team, which will go towards facility upgrades and support services. Photo courtesy Vanderbilt University.

Vanderbilt will receive a $5 million donation from alumnus George B. Huber (BA ‘79) and his wife Cathy, to support the men’s basketball program, the university stated in a release on Friday.

Huber, who is the president and CEO of Equity Investment Group, Inc. (EIG) in Seattle, made the donation in order to enhance facilities and increase support services for the team, according to the release.

In addition to his ventures with EIG, an investment company based in Fort Wayne Indiana, Huber is also the co-founder and managing partner of Finback Investment Partners, a merchant banking firm located in Miami, Florida.

“The student-athlete community is an essential part of the Vanderbilt experience and the university’s identity,” Huber said in an interview with Vanderbilt Athletics. “The men’s basketball team has the building blocks to become a perennial powerhouse and we’re excited by the opportunity to strengthen the broader Vanderbilt community through the program.”

Malcolm Turner, Vanderbilt’s Vice Chancellor for University Affairs and Athletics Director, has expressed the important balance that Vanderbilt strikes between academics and athletics and has stressed the need for facility upgrades and renovations in his overall “strategic plan.”

“We have an incredible opportunity at Vanderbilt to build a program that is the envy of college athletics,” Turner said.

This season, Memorial Gym showed off its new lighting and sound systems, and this past May, Turner said that the basketball locker rooms would undergo renovations. Huber’s generous donation creates an ability to fast track those ideas.

Huber spoke of his time at Vanderbilt and his memories of supporting the Commodores at Memorial Gymnasium. Decades later, Huber expressed hope that his donation can provide the means to replicate that same feeling for future Vanderbilt students.

“The student-athlete community is an essential part of the Vanderbilt experience and the university’s identity,” said Huber, whose son, Tyler, also graduated from the university in 2014. “The men’s basketball team has the building blocks to become a perennial powerhouse, and we’re excited by the opportunity to strengthen the broader Vanderbilt community through the program.”

“When I was a freshman the ‘F Troop,’ an NCAA tournament team, led the Vanderbilt men’s team as seniors,” he added. “From then on we supported Charles Davis, a Nashville native and one of the best players in the country who went on to play eight seasons in the NBA.”

“The Hubers’ generosity exemplifies what drives us every day as Commodores – a desire to excel in the classroom and on the court,” he said. “We are humbled and honored to have the Huber name associated with our program, and we will work to make them proud of what we will accomplish across all aspects of the Vanderbilt student-athlete experience.”

The Hubers established the Huber Family Scholarship in Vanderbilt’s College of Arts and Science back in 2016. George and Cathy Huber are also active members of multiple non-profit organizations. Cathy is a Children’s Advocate and Philanthropist for “Darkness to Light,” a non-profit organization that works to expand child sexual abuse prevention education and awareness efforts in the Pacific-Northwest.