The inside scoop of being a Blair student

With over 20 hours of course work per week not counting practice hours, many Blair students question how they want to spend their time. 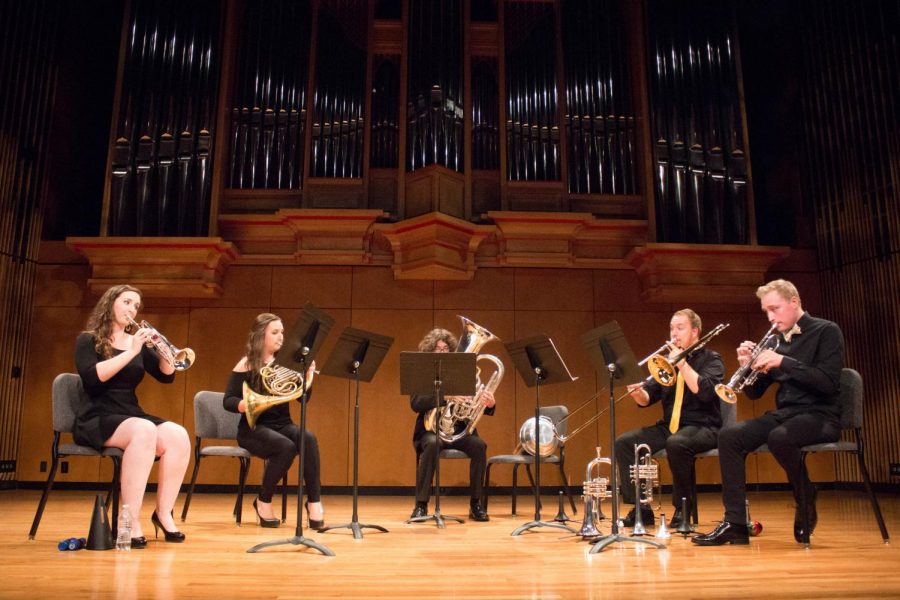 Blair students devote many hours to perfecting their craft.

Set apart geographically from the rest of campus, Vanderbilt’s Blair School of Music raises questions and misperceptions from non-music majors. The Music City music school has had a 43.8 percent increase in applications since 2015, but some current students report feeling overwhelmed by school requirements.

A typical Blair student is expected to spend 15 to 17 hours per week in class and hours practicing every day. They also have several time-intensive, required, zero-credit and one-credit classes. Despite these complaints, the rate of students transferring out of Blair to other schools within Vanderbilt is a steady 20 percent, which is in line with other music schools, according to Blair Senior Associate Dean for Academic Affairs of Blair Melissa Rose.

“It is rigorous because this is exactly what they would expect as a working musician—this is real world experience,” Rose said.

Blair students are required to take several zero-credit hour courses such as recital attendance or instrumental performance classes that are often graded on a pass-fail basis. While these zero credit hour classes don’t count towards students’ total semester hours, they are time-intensive, requiring a few hours on top of an already rigorous course load.

Students must also enroll in many one-credit hour courses such as Musicianship that have a standard grading basis. By enrolling in five or six of these one-hour classes, Blair students are taking ten or more courses, which can be challenging to do in one semester.

Senior Isabella Bruzzese transferred out of Blair and picked up an English major instead.

“I was busy all the time. When I wasn’t in class, I was expected to be practicing and doing homework,” Bruzzese said in an email to The Hustler. “I felt like I couldn’t both have a life outside of Blair and be a responsible music student.  For me, it was so rigorous and so much information all at once that I felt suffocated.”

The credit awarded for these one-hour courses is not proportional to the time that they require students to put in, Rose said.

“We have an overwhelming amount of one-credit hour courses in Blair that require much more than one credit’s worth of time,” Senior Nicholas Gehring said. “For example, musicianship, diction, keyboard harmony, technology for musicians, just to name a few. I would work on finding a way to work a lot of those skills into fewer classes.”

Some Blair students are looking to see further changes made within the curriculum to better pursue their interests. For example, Gehring suggested increased dialogue between students and faculty about their goals.

Administration has responded by implementing changes in some of the degree programs, making it easier for students to have a swift intra-university transfer or minor at Blair. Furthermore, the number of required hours to graduate has decreased  from 80 to 63 for those pursuing a Blair degree. Additionally, there is now an option for students to take Blair courses as their second major. This allows students to declare a double major in another school within the university.

“For me, I think a lot of my unhappiness stemmed less from the school/admin and more from my reservations about committing myself to the practice of musicianship and a career in vocal performance,” Bruzzese continued in her email to the Hustler. “I didn’t feel as if I were passionate ‘enough.’ Dropping to a Blair minor has greatly eased my woes in this regard — there’s less commitment and way less pressure.”