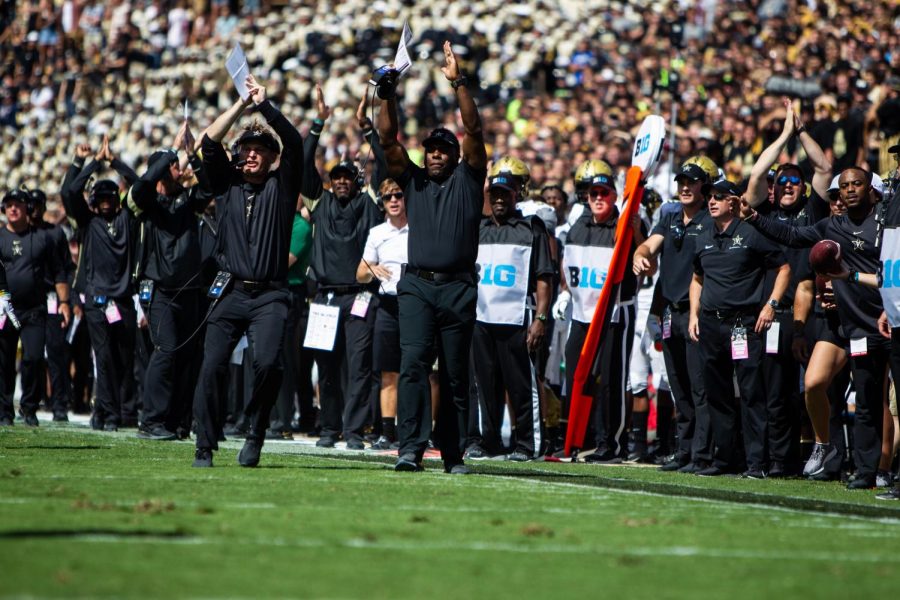 Head Coach Derek Mason and Defensive Coordinator Jason Tarver signal to their team as the Commodores take on Purdue.

“I’d like to express my appreciation of the commitment and sacrifices that Gerry and Jason made to this program and our student-athletes,” Head Coach Derek Mason said.

The university did not provide an update on the search for new coordinators.

According to Alan George, Associate Athletic Director for Communications, “a process has begun to replace [Gdowski and Tarver].”

Gdowski has coached under Derek Mason since his arrival at Vanderbilt in 2014. Through six years, Gdowski has held positions as tight ends coach, quarterbacks coach and most recently, offensive coordinator. He served as the offensive play-caller for one season after the departure of former coordinator Andy Ludwig for the University of Utah.

In 2018, Tarver was brought to Nashville from the San Francisco 49ers to relieve Mason from defensive play-calling duties. He was the Commodore defensive coordinator for two seasons, while also coaching inside and outside linebackers.

Stay tuned to The Vanderbilt Hustler (@vuhustlersports) for updates regarding the coaching search.