Stute, who signed his National Letter of Intent on November 13, hopes to contribute a winning pedigree to Vanderbilt. 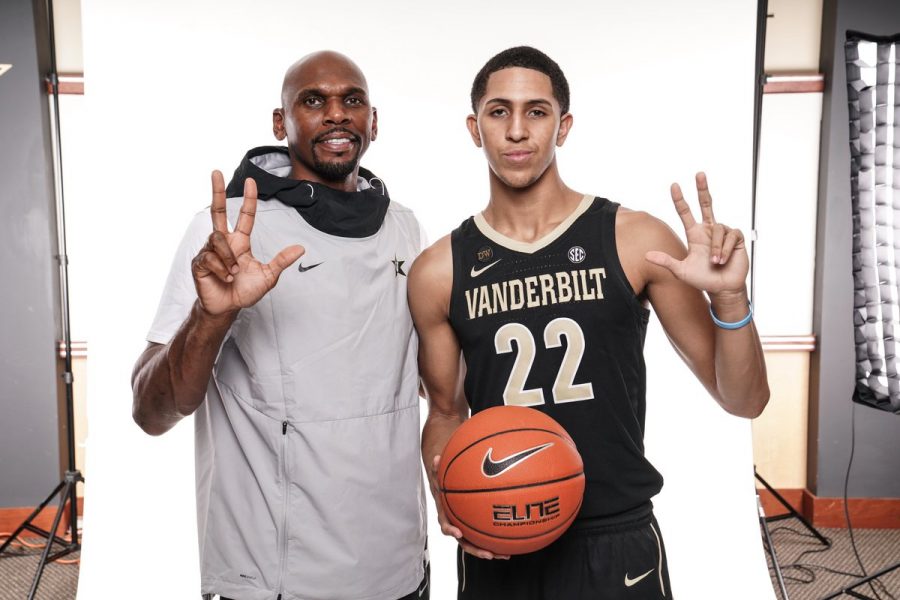 The 6’6” small forward is a three-star recruit, ranked 168th in the country per 247Sports and turned down a multitude of major conference offers including Clemson and Boston College to come to West End.

After coming to campus in October, Stute quickly connected with Vanderbilt and verbally committed within days. He then signed his letter of intent on November 13th. Now, he represents the first member of what Stackhouse hopes to be an impressive 2020 recruiting class.

Like many other Commodore student-athletes, the blend of academics and SEC athletics was a strong selling point for Stute.

“I really just fell in love with Vanderbilt,” Stute told the Vanderbilt Hustler. “The campus is beautiful, the coaching staff is second to none. You combine that with the academics at Vanderbilt, it was really something I just couldn’t turn down.”

Another, newer, factor in the recruiting game that is already paying dividends for Vanderbilt is Stackhouse himself. Stute raved about being able to play for someone who is incredibly knowledgeable and experienced within the basketball world.

“Coach Jerry Stackhouse is trying to make an NBA atmosphere at Vanderbilt, and I definitely wanted to be a part of that,” Stute said. “Whenever you have somebody that’s done something you want to do and you have an opportunity to learn from them and literally play for them, I couldn’t turn that down.”

During his visit to campus, he got the chance to not only attend practice, but also to scrimmage with the team. He noticed the coaches working to foster an NBA culture and identified Aaron Nesmith, Scottie Pippen Jr. and others as players he would love to share the court with.

“Just watching their practices and talking with the coaches and players, everybody is focused on one thing and that’s winning, turning it around and making this season a good one. That was appealing as well, and I bought in right away.”

“It’s big time,” Stackhouse said about signing Stute. “He’s a kid who embodies what it is about here for us. The type of student that he is, the type of player that he is. You got to want this. It is not for everybody. It’s a smaller pool of guys who fit the bill.”

On the court, Stute prides himself as being a two-way wing who can both space the floor and also get after the ball on defense. As a leader on his team this year, he puts emphasis on communication and energy.

“I like to play with energy,” Stute said. “I definitely like to get loud and be vocal and be the leader of my team.”

Stute also brings a winning pedigree with him to Vanderbilt. His school, Gonzaga High School, plays in the prestigious Washington Catholic Athletic Conference that has produced college and NBA players such as Victor Oladipo, Kris Jenkins and Markelle Fultz.

Stute has followed in those players’ footsteps and found success of his own at Gonzaga. He has been an intricate part of two league championship teams and will look to be the leader of one more this upcoming season. He has lofty personal goals as well, including winning WCAC Player of the Year, in addition to the D.C. Gatorade Player of the Year.

How the rest of the 2020 recruiting class shapes up remains to be seen, but Stackhouse certainly has a worthwhile building block in Stute to kick things off.